Africa is a continent with a diverse range of countries, cultures, and political systems, and as such, the quality of police forces can vary greatly from one country to another. While some countries have well-trained, professional police forces that are respected and trusted by the public, others have police forces that are plagued by corruption and abuse of power. In this list, we will take a look at the top 10 best and worst police forces in Africa in 2023, based on factors such as training, equipment, accountability, and public trust.

According to data released by the world Internal Security and Police Index, Botswana has the best police in Africa and Nigeria the worst. 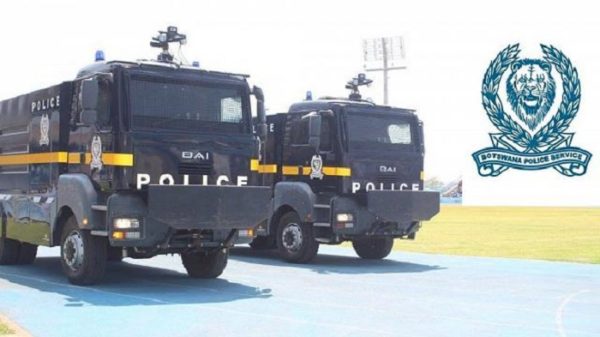 Botswana with a population of less than 3 million people is a model African country, known for its political stability, a strong economy, a stable democracy and blessed with visionary leaders. Botswana keeps getting things right, and the world acknowledges the country’s strides.

According to the World Internal Security and Police Index (WISPI), Botswana’s police was ranked the 47th in the world and the first in Africa. The ranking was done by the International Police Science Association (IPSA) and the Institute for Economics and Peace (IEP).

Here Are The Top 10 Best police force In Africa

While Botswana police force was crowned the best police force in Africa, Nigeria’s police force on the other hand was ranked 127th out of the 127 countries ranked meaning the country has the worst police force in not just Africa, but the whole world. Uganda, Kenya and the Democratic Republic of Congo occupied the 124th to 126th respectively.

The report stated that police and judicial system effectiveness is a serious problem in Nigeria and that general corruption was high according to the Control of Corruption indicator. 81 per cent of Nigerian respondents to the Global Corruption Barometer admitted to paying a bribe to a police officer in the last year. Only 0.06 per cent of thefts were reported to police. Unsurprisingly, the Rule of Law index found that military and police officials are likely to use their public positions for private gain.

From Bottom to Top