These Are The Worst African Countries For Press Freedom in 2020

Reporters Without Borders, an international non-profit organization, has named Eritrea as the country with the worst press freedom in Africa while Namibia was named Africa’s best country in the Index. 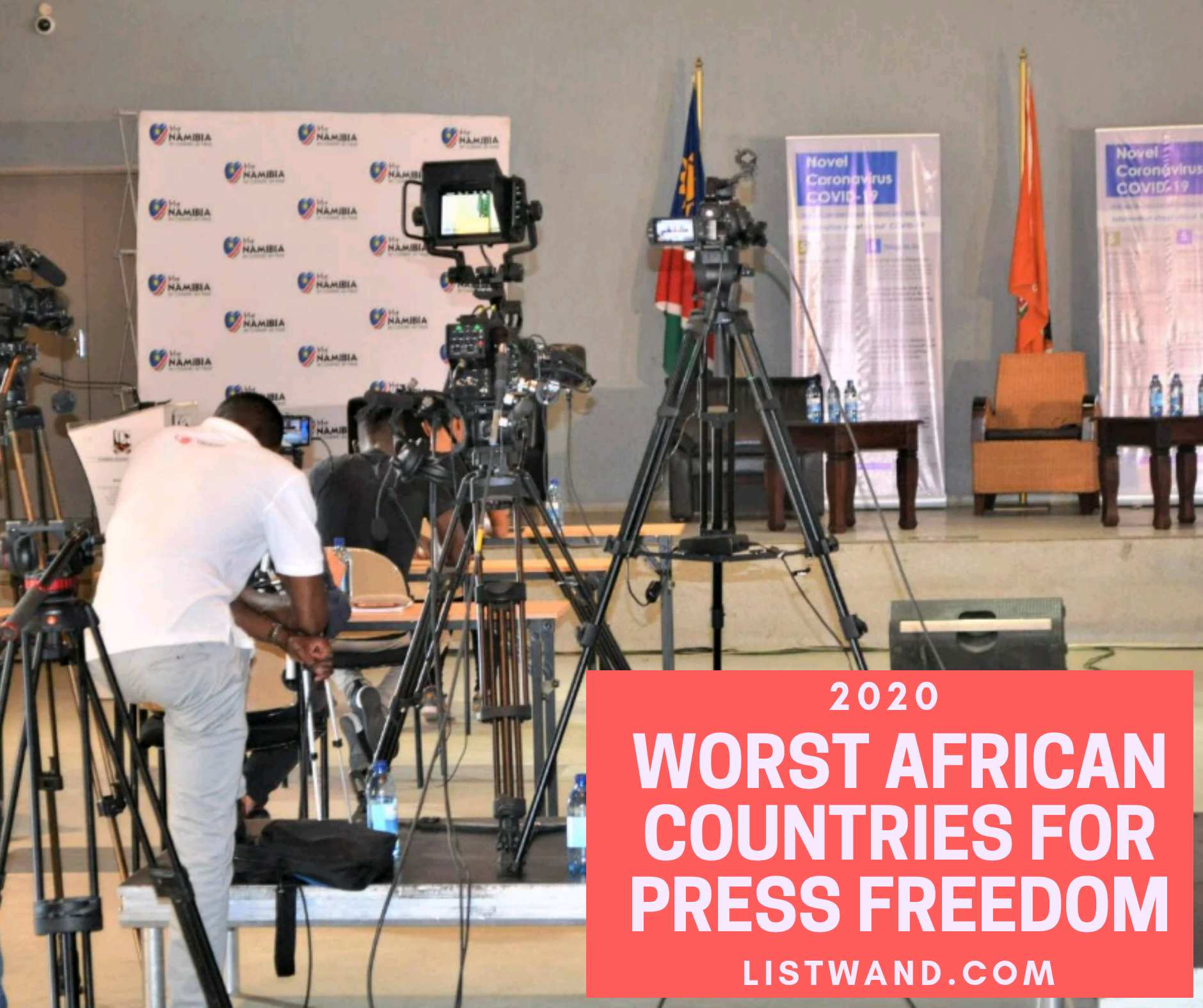 Reporters Without Borders (RSF) has released its 2020 World Press Freedom Index, which ranks 180 countries based on the level of press freedom available to journalists. It, however, said press freedom remains highly fragile in Sub-Saharan Africa.

The latest Reporters Without Borders For Press Freedom (RSF) index released this week indicates that Eritrea, ranked 23 in the world, is the worst in Africa as far as press freedom is concerned. Djibouti is ranked as second worst in Africa, while Egypt (166), Equatorial Guinea (165), and Libya (164) are all ranked in the top five worst African countries for press freedom in 2020. 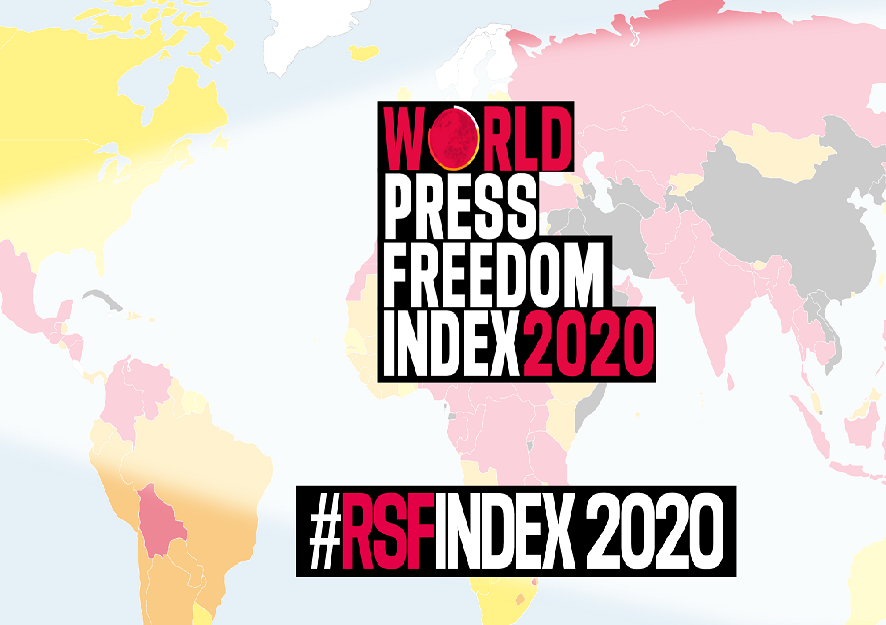 The Press Freedom Index is an annual ranking of countries compiled and published by Reporters Without Borders based on the organization’s own assessment of the countries’ press freedom records in the previous year.

The index evaluates media pluralism and independence, media legislative framework and the safety of journalists in addition to the quality of journalism in a country. The RSF indicated that journalists continue to lose their lives in Africa. According to them, 102 journalists have been killed in Africa over the past 10 years.

Press freedom remains highly fragile in sub-Saharan Africa. The fall of several dictators and authoritarian governments in recent years in countries such as Angola (up three at 106th), Ethiopia (up 11 at 99th), Gambia (up five at 87th), the Democratic Republic of Congo (DRC) (up 4 at 150th), Sudan (up 16 at 159th) and Zimbabwe (up one at 126th), has loosened the noose on journalists in these countries.

Journalists continue to lose their lives in Africa and the killers generally go unpunished. According to RSF figures, 102 journalists have been killed in the continent over the past 10 years, half of them in Somalia (up one at 163rd). Somalia remains the most dangerous country for reporters despite significant progress towards punishing police officers and military personnel who commit violence against media workers.

The communications of journalists and African news media are increasingly monitored and they face online censorship and attacks. They can also face smear tactics, as happened in 2019 to the National Media Group, the first privately-owned media group in Kenya (down three at 103rd), which was tagged with the hashtag #NationMediaGarbage by trolls close to the government, and of drowning in social media chaos where reliable news and information is often swamped by a jumble of propaganda, conspiracy theories and misinformation.

Eritrea (178th), which has the largest number of journalists in prison in the whole of sub-Saharan Africa, with 11 media workers behind bars from whom nothing has been heard for many years, and Djibouti (down three at 176th), remain black holes for independent news and information. In Rwanda, (155th) the crackdown on dissident voices has been so severe that self-censorship is now the rule.

At a time when misinformation is increasing, the next decade will see historic choices for journalism in Africa. Societies where factual accuracy and open discussion of ideas are cardinal values must firmly and unequivocally support journalists, giving them legal protection, providing financial support that is not based on political favour in a precarious sector whose employees are vulnerable to influence, and expanding training facilities – still few and far between — before and during a journalist’s career.

Published annually by RSF since 2002, the World Press Freedom Index measures the level of media freedom in 180 countries and territories. It assesses the level of pluralism, media independence, the environment for the media and self-censorship, the legal framework, transparency, and the quality of infrastructure that supports the production of news and information. It does not evaluate government policy.

The global indicator and the regional indicators are calculated on the basis of the scores registered for each country. These country scores are calculated from responses to a questionnaire in 20 languages that is completed by experts throughout the world, supported by a qualitative analysis. The scores measure constraints and violations, so the higher the score, the worse the situation. Growing awareness of the Index has made it an extremely useful advocacy tool.