Cairo International Airport is the busiest airport in Africa, with over 11 million passengers passing through in 2021.

The second busiest airport in Africa is O.R. Tambo International Airport, situated in the Kempton Park district of Johannesburg, 23 km north-west of the city centre and 46 km south of Pretoria city centre. 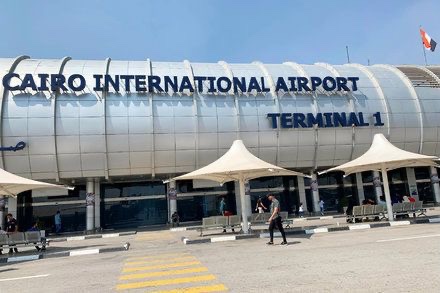 Cairo International Airport is the principal international airport of Cairo and the largest and busiest airport in Egypt. It serves as the primary hub for EgyptAir and Nile Air as well as several other airlines.

The airport has four terminals, the third (and largest) opened on 27 April 2009 and the Seasonal Flights Terminal opened on 20 September 2011.

With the national carrier, EgyptAir, and the Egyptian authorities planning to develop the airport as a hub for the Middle East and Africa, the airport facilities are in constant development.

Several projects are currently underway, including but not limited to the Construction of a multi-story car park located near Terminal 3, the development of real estate and the ‘Oasis Project’ which would feature a business park with company headquarters and regional offices, Construction of ‘Aerocity’, and a family leisure park. 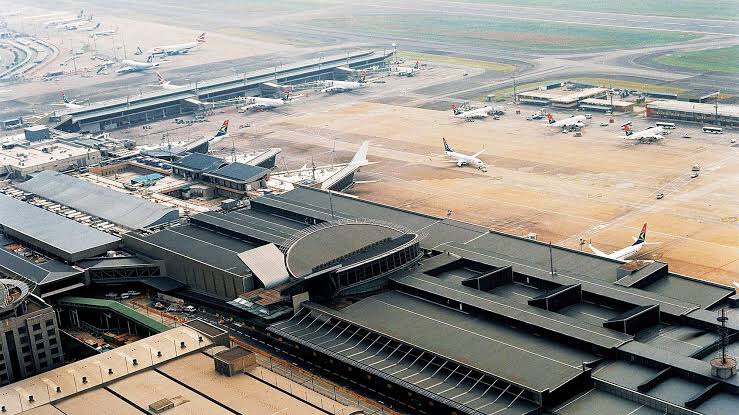 O. R. Tambo International Airport is an international airport situated in Kempton Park, Gauteng, South Africa. It serves as the primary airport for domestic and international travel to/from South Africa. The airport is currently the second busiest airport in Africa, with a capacity to handle up to 28 million passengers annually.

The airport which serves as the hub for South African Airways handled over 8.2 million passengers in 2021.

There are six terminals at the airport, but these can be broken down into three major areas: the international terminals; the domestic terminals; and the transit terminals. 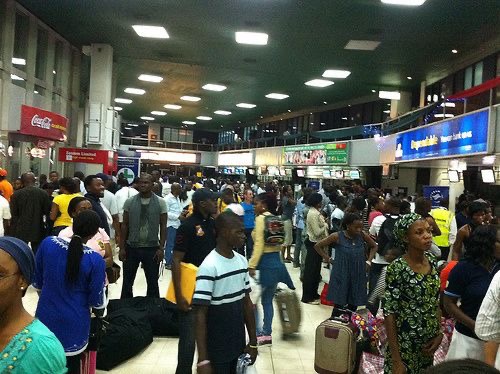 The Murtala Muhammed International Airport is located in Lagos, the commercial capital of Nigeria. It is the busiest airport in West Africa and the third busiest with over 5.5 million passengers passing through its gates in 2021.

The airport houses the headquarter of the Federal Airports Authority of Nigeria, Accident Investigation Bureau, Aero Contractors, Arik Air, as well as the Lagos branch office of the Nigerian Civil Aviation Authority.

Murtala Muhammed International Airport consists of an international and a domestic terminal, located about one kilometre from each other. Both terminals share the same runways. 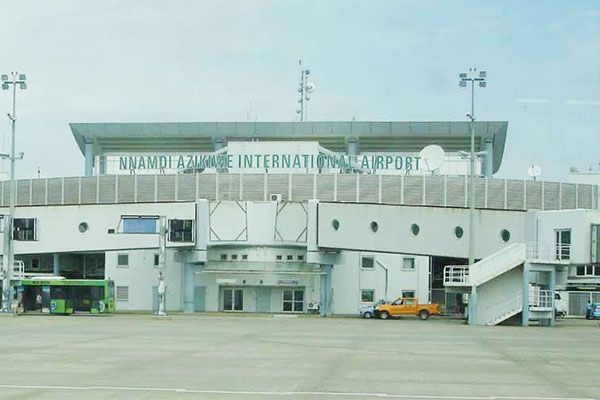 Nnamdi Azikiwe International Airport is an international airport serving Abuja, in the Federal Capital Territory of Nigeria. It is the main airport serving the Nigerian capital city and was named after Nigeria’s first President, Nnamdi Azikiwe. The airport processed over 5.2 million passengers in 2021 making it the fourth busiest airport in Africa.

The airport also operates a private jet wing that serves businesses, diplomats and politicians in the city. 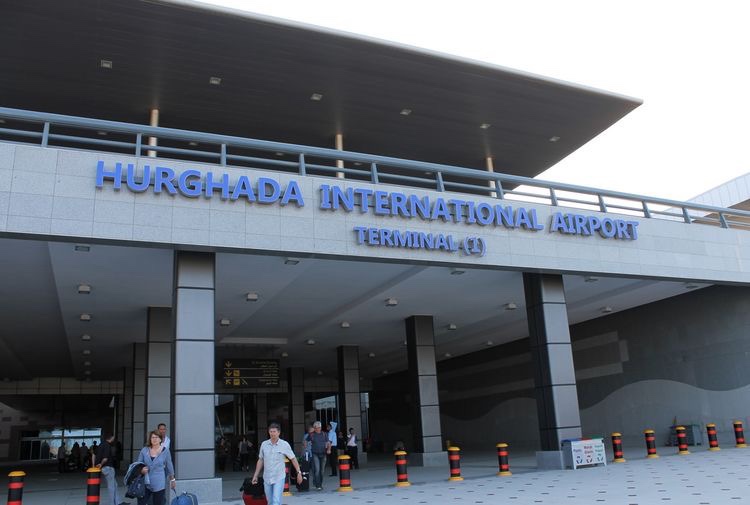 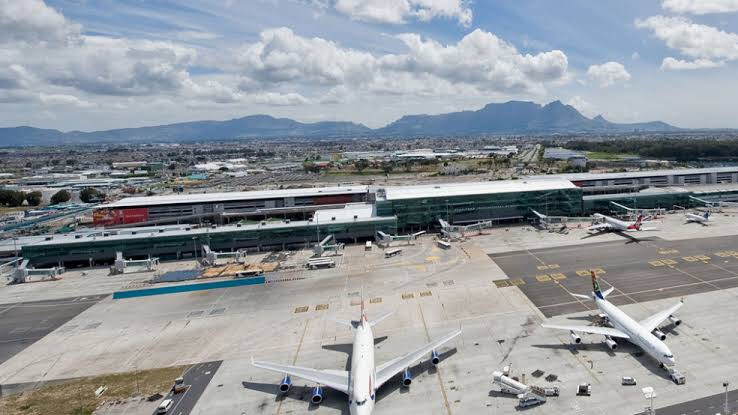 For the sixth year in a row, Cape Town International has been named Africa’s best airport. It also scooped the top prize for being the continent’s cleanest and having the best staff. 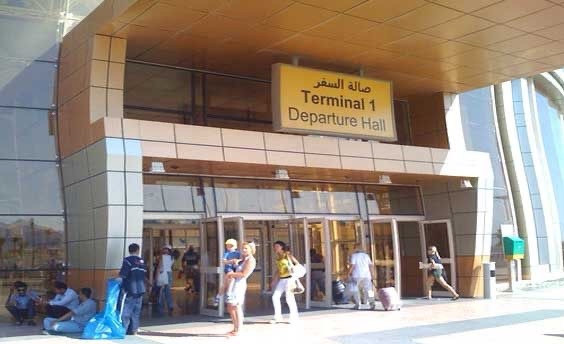 The airport is made up of 2 terminals; its second terminal was further expanded in November 2019 making the airport capable of handling about 9 million passengers annually.

A new terminal (terminal three) and a runway are being constructed to increase the airport’s passenger handling capacity by 10 million. The airport is expected to cater to 18 million passengers annually by 2025. 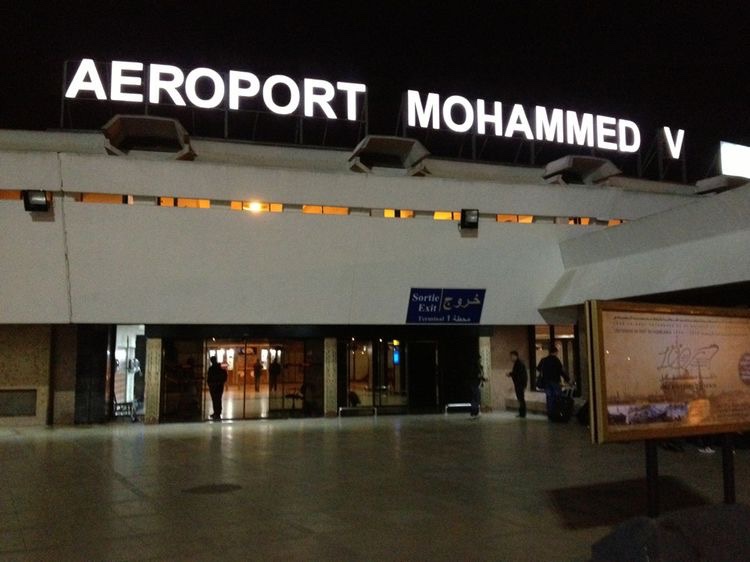 The airport serves as a hub for Royal Air Maroc, Royal Air Maroc Express and Air Arabia Maroc. It is named after King Mohammed V of Morocco, who led the country’s successful push for independence from French and Spanish colonial rule. 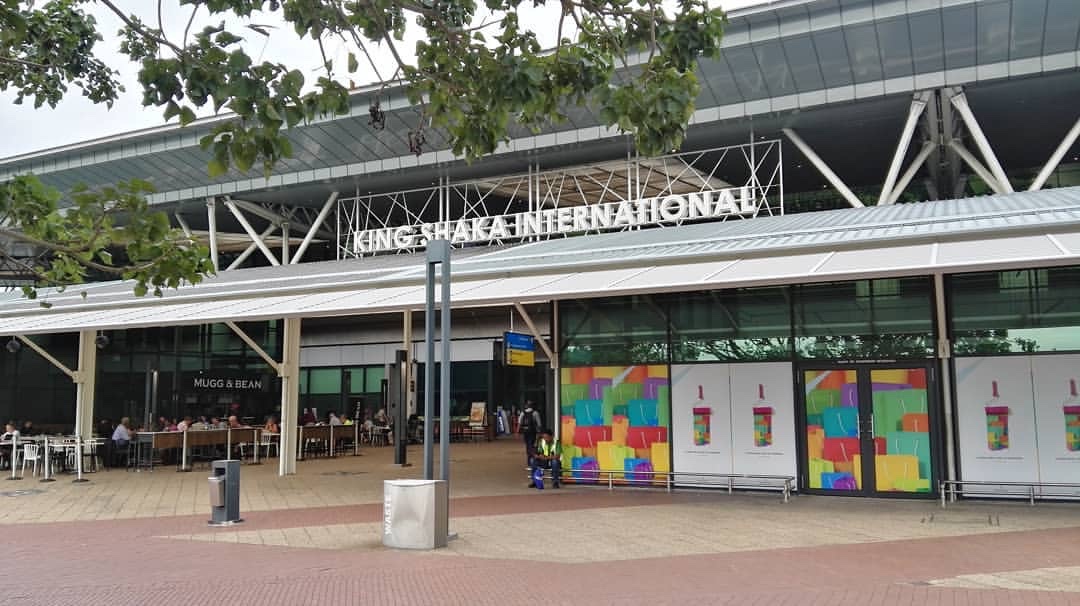 The airport opened its doors to passengers on 1 May 2010, just over a month before the start of the 2010 FIFA World Cup. The ninth busiest airport in Africa was designed by Osmond Lange Architects and Planners and costs about US$900 million. 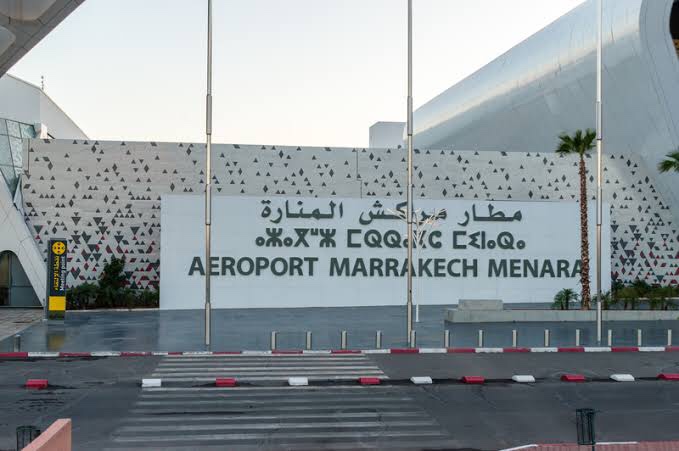 Previous article
‘Hit the Nigg*r Baby’ – How African-Americans Were Used as Human Targets in the 1880s
Next article
Busiest Airports in South Africa, 2022