According to legit.ng, a Nigerian online portal known for double checking facts before publishing, These are the top 10 richest musicians in Nigeria

Note: Mind you, these are just estimates as no one knows for sure how much Nigerian musicians are worth’ the only thing that certain is that people listed below are filthy rich. 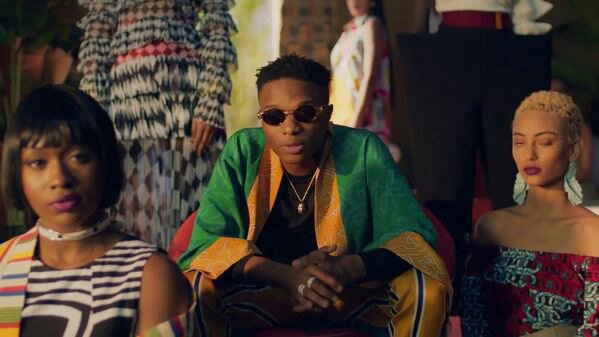 A post shared by ITS DON JAZZY AGAIN (@donjazzy)

Michael Ajereh Collins also known as Don Jazzy and he is on the top place on our list of the wealthiest musicians in Nigeria.
His career moved steadily from being a beat maker to a producer and a businessman. Now he is the CEO of Mavin Records which produces such top stars as Tiwa Savage, Reekado Banks, Korede Bello, and others.
Besides being a producer, Don Jazzy has signed lucrative contracts with Loya milk, with MTN, and with Konga as well. He is also a brand ambassador of Samsung in Nigeria.

https://www.instagram.com/p/BoowJ7Whbep/?utm_source=ig_share_sheet&igshid=5knyt2x66fh6
D’banj is a famous singer, songwriter, TV personality, and entrepreneur. He has worked and performed with such international artists as Fally Ipupa, Tinie Tempah, Kid Cudi, Akon, and Big Sean. Besides this, now he is a Glo brand ambassador, Bank of industry ambassador, Ciroc Nigeria ambassador, Slot ambassador, and UAC food ambassador.

David Adedeji Adeleke, whose stage name is Davido, is known to be a singer, Nigerian entertainer and record label producer.
This year has brought him new endorsements with perfume brand AXE, Infinix Mobility, and others.

https://www.instagram.com/p/BpSk1hchpoD/?utm_source=ig_share_sheet&igshid=mokfr4ku8za1
Star boy Wizkid, is thought to be the greatest music export out of Nigeria during the last four years. His enormous achievements include local and international awards and nominations. He also earns a lot from deals. Thus, he became a Guinness brand ambassador in 2013, a Pepsi brand ambassador and a Glo brand ambassador. He is also a CEO of Starboy Entertainment.

According to Twitter account @IsimaOdeh, Wizkid has reportedly joined the list of the highest paid artistes in the world, after he recently performed at a Royal Wedding at one of the world’s top private residences, Umaid Bhawan Palace in India. He was reportedly paid 50 million Rupees ($681,200, N245.9 million).

Once we are able to confirm the legitness of the info we will effect the necessary changes to this article.

Olamide Adedeji, whose stage name is Olamide, is a handsome, talented and creative ‘rap artist’ who sings mostly in his local dialect, the yoruba language,
He is a Hennessy & Glo ambassador and CEO of digital TV channel VOTS (Voice of the street), as well as the Chief Executive Officer (CEO) of YBNL Nation.
Olamide is also the first Nigerian to sign an endorsement deal with Cîroc.

https://www.instagram.com/p/BjjrglOAAfB/?utm_source=ig_share_sheet&igshid=1trxva898ozps
2Baba is a famous Nigerian R&B singer, songwriter, stage performer, and recording artist.
He currently has endorsements with Glo, Campari, and others, as well as possess some real estate investments including his Rumors Night Clubs in Lagos.

https://www.instagram.com/p/Bn51Xw1lkvN/?utm_source=ig_share_sheet&igshid=5xii9g5v73tn
Chinedu Okoli also known as Flavour N’abania, is another famous Nigerian singer, songwriter, and producer.
Flavour is known to be the brand ambassador of Flat tummy tea, the brand ambassador of Nigeria Breweries Life Beer and Energy Drink Bullet.

https://www.instagram.com/p/Bn9WMAGA5R2/?utm_source=ig_share_sheet&igshid=1q20bvu5asd1j
Timaya is a successful Nigerian artiste, who is known to charge between 1.5million to 4million Naira per performance.
Now he is the CEO of Dem Mama records created inY 2013 and has endorsements deals with Nigerian Glo and Hennessy.

https://www.instagram.com/p/Bn6zmcSlUja/?utm_source=ig_share_sheet&igshid=12fhqogejs0vh
Chibuzor Nelson Azubuike, whose stage name is Phyno, is a rapper, songwriter, singer, and producer. He is known to be a talented fast rapper and is placed among the five fastest rappers in the country.
He is currently a brand ambassador of Nairabet, GLO.

https://www.instagram.com/p/Bo570TPAtWn/?utm_source=ig_share_sheet&igshid=mxnottnkg0bg
Photo from youthvillageng.com
Tiwa Savage is a Nigerian singer, songwriter, and businesswoman. And unarguably the biggeat female Artiste to ever come out of Africa. According to reports, tiwa savage takes home between N2-5 million for each performance.