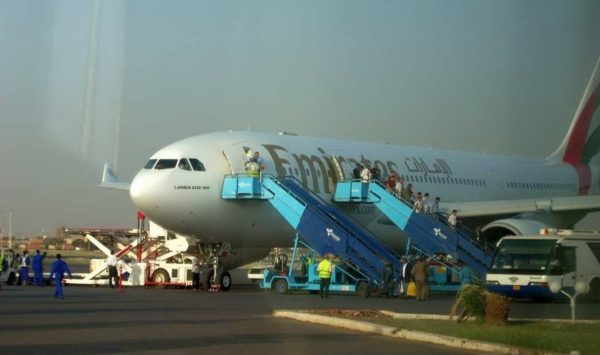 The airports that appear on this list of the worst airports in Africa are the ones that have the capacity to truly offend travellers.

In Some of the airports below, passengers are made to stand or sit on the floor as they await their flights. In others, the bathrooms don’t have water, toilet paper, or any semblance of cleanliness. In some cases, the physical structure of the airport is fine, but the personnel are the problem.

As determined by voters, these are the worst Airports in Africa in 2018..

Top 5 Worst Airports in Africa based on overall airport experience,

The travel situation in Juba has further deteriorated in the past year, earning this airport the title of Worst Airport in africa this year, the airport hit a new low with tents now serving as the primary terminal facilities, while the existing terminal has continued to undergo “renovations” since 2012. The litany of complaints about Juba airport could fill several pages, but we’ll just try to succinctly summarize the worst of the worst. We already noted the lack of a real roof, but we should also mention the rotting plywood floors, and reports that people often fall through them. There is a noticeable lack of seating, but this may not be much of a concern, as most available seating tends to be broken or literally falling through the plywood floor. At Juba Airport, travellers don’t bother to complain about things like the lack of Wi-Fi and charging points – they’re more concerned about the lack of electricity in 40 degree Celsius heat! Non-existent air conditioning turns the tents into miniature sweat boxes. Voters also reported major crowds, horrific smells and filth, high heat, rain leaking into the tent, corruption and a lot of security walking around with guns. While time spent here is invariably unpleasant, we recognize that South Sudan is a war-torn state that perhaps has more pressing concerns.

Apparently things haven’t changed much at Port Harcourt Airport, as it ranked third worst for overall passenger experience. This year’s survey respondents indicated that aggressive corruption is the biggest problem, with airport officials and staff allegedly demanding bribes for pretty much everything. Other complaints included lack of bathroom facilities, lack of air conditioning, horrible baggage handling, and the tent that serves as the arrivals terminal. If you can overlook the bribery component, departures are said to be a bit more pleasant than arrivals, as the departures terminal is an actual building. “Every offical ask you for money. Don’t tell them you have cash, otherwise, the customs offical will take you to the dark room. But if you give the money to the Nigerian Offical, you can bring anything on to the plane.” – Survey respondent

The government of Nigeria, with the help of Chinese investors, has poured almost a half-billion dollars into refurbishing Nigeria’s airports. Unfortunately, for many voters, there appears to be no discernible difference in the operation and facilities of Lagos International Airport. One word likely explains why – “corruption”. This happens to be the number one traveller complaint about Lagos Airport. Add to this filthy bathrooms, limited seating, archaic check-in procedures, sporadic air conditioning, and lousy customer service, and you’re not likely to enjoy your time here. Fortunately the airport does host a number of pay-to-use lounges that might make an extended stay a bit more bearable. We had to wait here for 6 hours. Lack of places to go and eat or just sit. Toilets are awful and not enough to cope with numbers. – survey respondent

Dar es Salaam Airport is a small international airport with no real amenities and enough passenger dissatisfaction to rank it among the worst for overall experience. A major complaint seems to be that passengers are often forced to wait outside the terminal on uncomfortable benches until check-in time. Once inside, conditions don’t improve much, as there seems to be limited seating and food options that perhaps should be avoided. Staff are described as either rude, unknowledgeable, or a combination of both. Though it’s not much of a saving grace, some passengers reported that they were able to catch some Zs as the benches.

Addis Ababa’s international airport was voted the second worst airport in the world for a layover. It seems, however, that if you’re using it as a destination, things aren’t as bad. Sure, the bathrooms are described as “creepy” and “disgusting” and are sometimes flooded. And, sure, the staff have a tendency to be unhelpful or rude. It’s not great that the Wi-Fi often doesn’t work, and that the restaurant options are bleak. However, if this is your home airport or your final destination, you can probably get in and out of the airport quickly enough – sparing you from experiencing the airport’s worst sides.