7 Things Our Nigerian Pastors Can Learn from Pope Francis

From living an austere life, being versatile to being a source of comfort, There is much our Nigerian pastors can learn from pope francis.

Here are a few of the top lessons our Nigeria pastors can learn from him.

Pope Francis’ humble nature has turned heads, as he chooses to live more simply than past Popes. He is a spiritual leader of 1.2 billion catholics yet choose to live a simple life, Pope Francis usually rides in your everyday Ford Focus, instead of using a custom-built car with bulletproof glass. Recently, he auctioned off a $200,000 Lamborghini he received as gift. – Why should he ride in a $200,000 car when there are people who can’t even afford a slippers.

When Pope arrived in the United States in 2015, he chose to ride in a small Fiat car over a luxurious limo.

After Pope Francis addressed Congress, he was invited to dine with Congressmen and women, but declined the invitation to serve and eat with Washington D.C.’s homeless population instead.

He shows us that we are not to pursue money or prestige. Instead, we should embrace humility and strive to live more like Jesus.

A typical Nigerian daddy pastor doesn’t care about the souls of the gullible Nigerians attending his church, or the number of increasing starving children in Nigeria, all what he cares about is the riches he can amass from them. Thats why some of them are even proud owners of luxurious cars and private jets.

On Pope francis his tour to Africa in 2015, as the rest of the world were making noise about security, pope francis was only worried about mosquitoes! Here in my country some daddy pastors are even scared of walking in their own house of wealth also known as church without bodyguards. Talk more of when they leave the church premises. 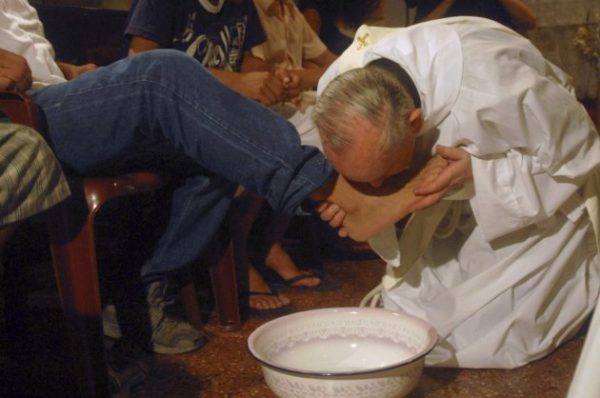 Pope Francis washes the feet of prisoners. Nigerian daddy pastors on the other hand see their congregation as their servants to be used in whatever way they like.

More: 8 Gross Practices That Was Supported By The Bible

One of the things most of us love about the Pope is his nature to address topics most religious people would rather sweep under the carpet. Homosexuality, sexual abuse, paedophilia etc.

Nigerian pastors, on the other hand, are stuck on the prosperity gospel. Talking always about giving, sowing of seeds and tithing and how it will help you prosper.

More: How Christianity Was Used to Exploit Africans

5. Be a Source of Comfort

The Pope reaches out to the sick, disabled, deformed, sexually abused, refugees and those hurting. He has hugged people with diseases, kissed the feet of teenagers in a juvenile detention center, allowed a child to sit in his chair while he spoke to a crowd, and made a personal phone call to comfort a rape victim. Wherever he goes or whatever he does he leaves blessings. He is a source of comfort.

Nigerian pastors, on the other hand, aren’t. (Well, they are but only to the wealthy). Most of them see destruction and pain in their path and just walk pass. To them poor people are cursed. If you don’t have anything to offer to then, if you are poor, then you are on your own.

More: 5 Reasons Why You Should Start Your Own Church in Nigeria

Pope Francis shows us how to give freely and expect nothing in return. Last year, the Pope auctioned off his motorcycle to fund a soup kitchen. He also started a campaign to install showers in the Vatican for homeless people to use. This year, he auctioned off a $200,000 lamboghini he received as a gift and gave the proceeds to charity.

Pope Francis gives these services to people who cannot give him anything in return except their gratitude..

A typical Nigerian pastor on the other hand would rather take from the little you have in your purse than give you from the many he has in his own purse. 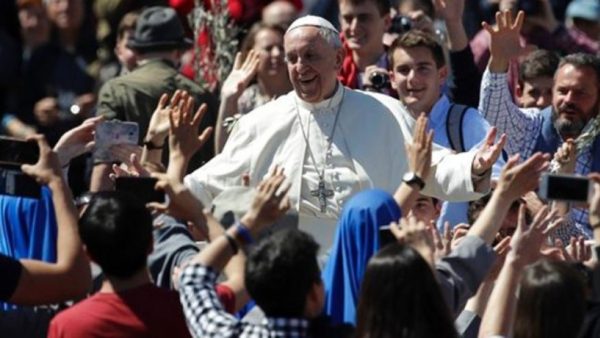 Pope Francis is the leader of nearly 1.1 billion Catholics, yet he has made an artful, thoughtful connection to be accessible.

Meanwhile here in Nigeria it’s like our daddy pastors are competing to see who will emerge the winner as the most inaccessible.