The Virginia casual killing act of 1669 declared that, should a slave be killed as a result of extreme punishment, the master should not face charges for the murder.

Slave codes were laws that restricted the lives and behaviors of enslaved Africans. Every slave state had it own unique slave code that defined slavery as a permanent condition that was passed down via the mother and defined slaves as property, usually in the same terms as those applied to real estate.

The slave codes varied slightly across the major colonial powers. French colonies, after 1685, had the Code Noir which regulated the lives of African slaves in their colonies while English colonies had slave laws that were generally modeled on those of either Barbados or Virginia. 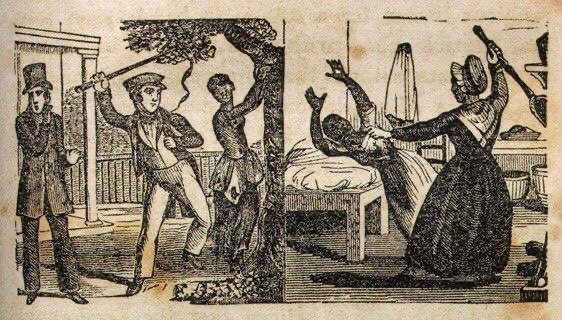 The Virginia casual killing act of 1669 was created fairly early in the history of American slavery. At the time, there were only about 2000 enslaved Africans in the country but violence against them was so common that the Authorities had to enact legislation that would shield white slave owners from the law.

One of such devious act is the Casual Killing Act of 1669 which declared it legal to kill a slave while correcting the said slave.

The law was enacted on the 20th of October 1669 by the Virginia colonial assembly and was eventually codified into Virginia’s first slave code of 1705. The enactment of the Slave Codes of 1705 is considered to be the consolidation of slavery in Virginia, and served as the foundation of Virginia’s slave legislation 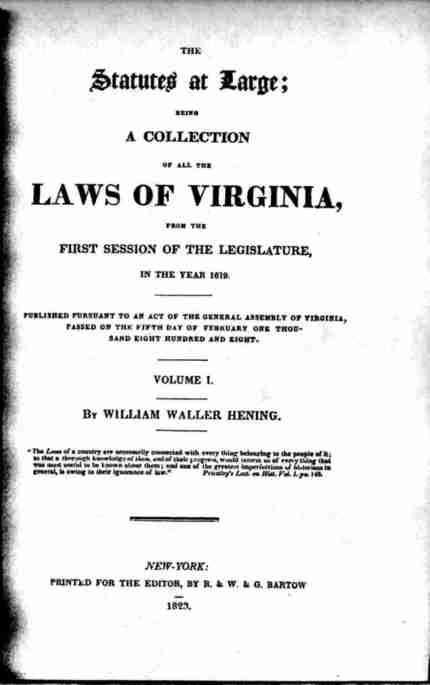 The Virginia Slave Codes of 1705 were a set of laws governing relations between enslaved people and Virginian residents that were passed by the House of Burgesses of the Colony of Virginia in 1705.

The codes were devised to exert more control over Virginia’s expanding African slave population. It also regulated the interactions between slaves and citizens of the crown colony of Virginia and took away the rights of Free black men to hold any public public office and the right to testify as witnesses in court cases.

Below are some of the Slave laws contained in the 1705 code:

1661: a law making race-based slavery legal was passed in Virginia. It allowed any free person the right to own slaves.

In 1662, the Virginia House of Burgesses passed a law that said a child was born a slave if the mother was a slave. The 1662 law also freed white fathers from any responsibilities toward their mixed-race children. If they owned them, they could put them to work or sell them. It also voided the previous prohibition against enslaving Christians.

In 1667, an act declaring that baptism of slaves does not exempt them from enslavement was passed. The statute was passed because some slaves used their status as a Christian in the 1640s and 1650s to argue for their freedom or for freedom for a child.

In 1669, the casual killing of slaves which made it legal to kill a slave was passed. Slaveholders were given permission to punish enslaved people and would not be prosecuted if the slave died as a result. The law specified punishment, including whipping and death, for minor offenses and for criminal acts. Slaves also needed written permission, known as passes, to leave their plantation.

In 1680, Virginia’s General Assembly restricted the ability of slaves to meet at gatherings, including funerals and also made it legal for a white person or person to kill an escaped slave who resists capture. The act also prohibited slaves from arming themselves for either offensive or defensive purposes.

Virginia had a longer list of offenses that a black person could commit than any other southern colony and what made their case even more diabolic was the fact that they were denied access to legal procedures that would enable them to properly plead their case and prove their innocence, they were also denied the right to appeal decisions.

Previous article
The Creation Story of the Akamba People of Kenya
Next article
King Sobhuza II, the Longest-reigning Monarch Ever in Recorded History (1899-1982)