Visa-free travel for citizens of Nigeria. If you have a Nigerian passport, you can visit these countries without getting a visa before your trip.

Visa requirements for Nigerian citizens are administrative entry restrictions imposed by the authorities of other countries on citizens of Nigeria. 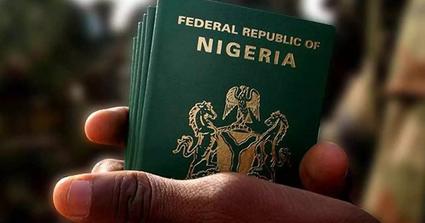 As of January 2020, Nigerian citizens had visa-free or visa on arrival access to 46 countries and territories, ranking the Nigerian passport 95th in terms of travel freedom according to the Henley Passport Index.

Where visa-free access is permitted, such access is not necessarily a right, and admission is at the discretion of border enforcement officers. Visitors engaging in activities other than tourism, including unpaid work, may require a visa or work permit.

Visa on arrival (VOA) are granted at a port of entry. This is distinct from visa-free entry, where no visa is required, as the visitor must still obtain the visa on arrival before proceeding to immigration control. 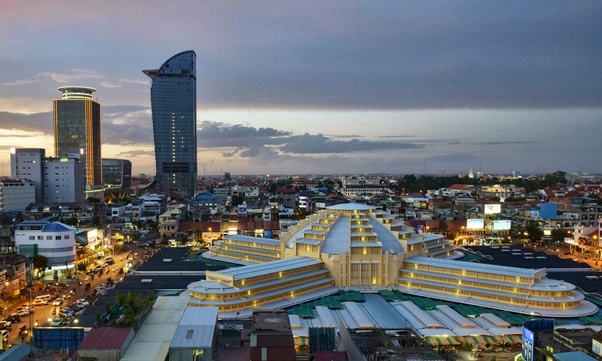 Cambodia officially the Kingdom of Cambodia, is a country located in the southern portion of the Indochina peninsula in Southeast Asia. It is bordered by Thailand to the northwest, Laos to the northeast, Vietnam to the east and the Gulf of Thailand to the southwest. The country has a population of over 15 million. Buddhism is enshrined in the constitution as the official state religion, and is practiced by more than 97% of the population. Cambodia’s minority groups include Vietnamese, Chinese, Chams and 30 hill tribes. The capital and largest city is Phnom Penh, it is also the political, economic and cultural centre of Cambodia.

The vast majority of Cambodia’s population is of ethnic Khmer origin (over 95%) who are speakers of the Khmer language, the country’s sole official language. While french and English are the main foreign languages. 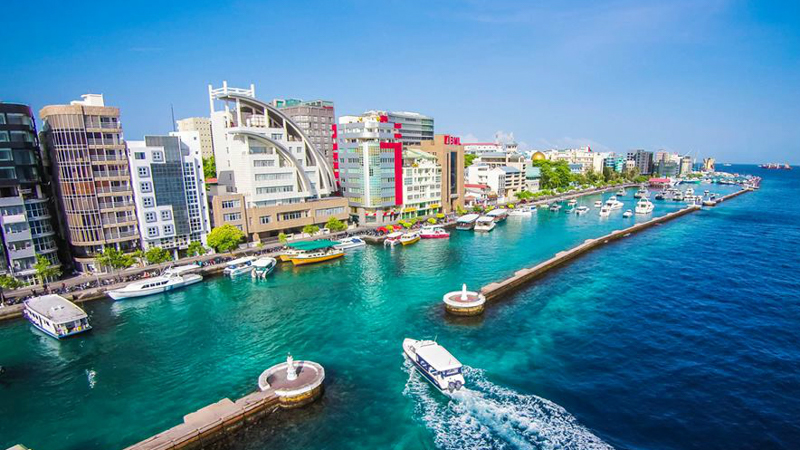 Maldives is a small archipelagic island country in South Asia, situated in the Arabian Sea of the Indian Ocean. The country is one of the world’s most geographically dispersed sovereign states as well as the smallest Asian country by land area and population, with around 600,000 inhabitants. Malé is the capital and the most populated city.

Visitors to the Maldives do not need to apply for a visa pre-arrival, regardless of their country of origin, provided they have a valid passport, proof of onward travel, and the money to be self-sufficient while in the country. 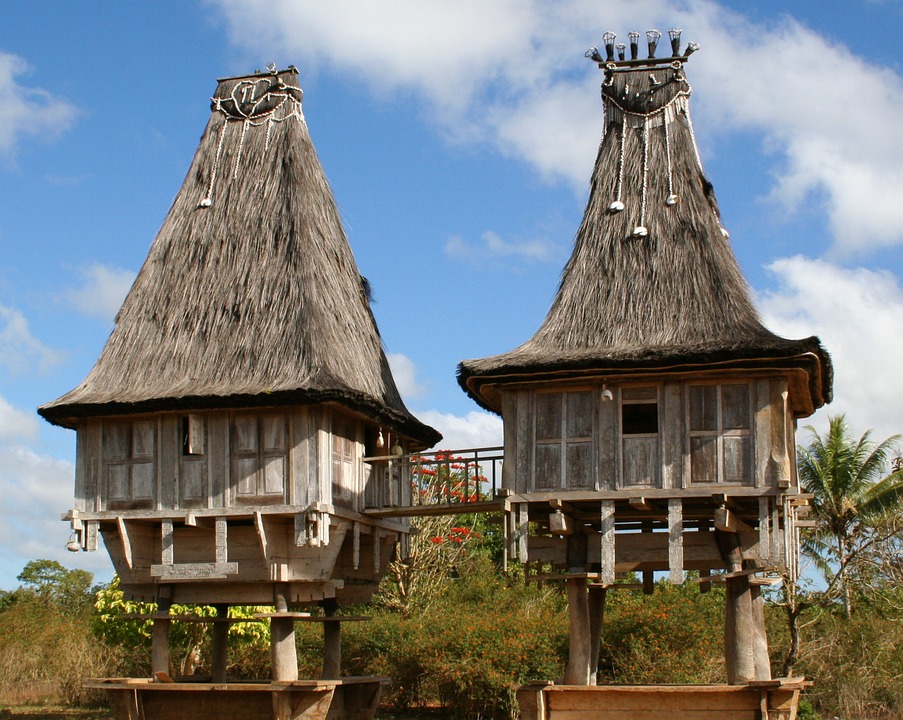 Timor-Leste is an island country in Southeast Asia. Much of the country is mountainous, and its highest point is Tatamailau at 9,721 ft. The climate is tropical and generally hot and humid. It is characterised by distinct rainy and dry seasons. The capital, largest city, and main port is Dili, and the second-largest city is the eastern town of Baucau. The Timor Sea separates the island from Australia to the south, and the Indonesian province of East Nusa Tenggara lies to East Timor’s west.
East Timor’s two official languages are Portuguese and Tetum. English and Indonesian are sometimes used.

Fiji is an island country in Melanesia, part of Oceania in the South Pacific Ocean. The country has one of the most developed economies in the Pacific through its abundant forest, mineral, and fish resources. The currency is the Fijian dollar, with the main sources of foreign exchange being the tourist industry, remittances from Fijians working abroad, bottled water exports, and sugar cane. 87% of the total population live on the two major islands, Viti Levu and Vanua Levu. About three-quarters of Fijians live on Viti Levu’s coasts, either in the capital city of Suva or in smaller urban centres.

Micronesia is a subregion of Oceania, composed of thousands of small islands in the western Pacific Ocean. It has a close shared cultural history with three other island regions: the Philippines to the west, Polynesia to the east, and Melanesia to the south.
Nationally, the primary income is the sale of fishing rights to foreign nations. Additional money comes in from government grants, mostly from the United States.
The largest group of languages spoken in Micronesia are the Micronesian languages.

Niue is a self-governing state in free association with New Zealand, and New Zealand conducts most diplomatic relations on its behalf. As part of the Realm of New Zealand, Niueans are citizens of New Zealand and Queen Elizabeth II is Niue’s head of state in her capacity as Queen of New Zealand. Between 90% and 95% of Niuean people live in New Zealand, along with about 70% of the speakers of the Niuean language. Niue is a bilingual country, with 30% of the population speaking both Niuean and English. The percentage of monolingual English-speaking people is only 11%, while 46% are monolingual Niuean speakers.

Palau like most of the countries in Oceania,is an island country located in the western Pacific Ocean. The country contains approximately 340 islands, and together with parts of the Federated States of Micronesia, forms the western chain of the Caroline Islands. The most populous island is Koror. The capital Ngerulmud is located on the nearby island of Babeldaob, in Melekeok State. Palau shares maritime boundaries with international waters to the north, Micronesia to the east, Indonesia to the south, and the Philippines to the west.
Palau’s economy consists primarily of tourism, subsistence agriculture and fishing.
The official languages of Palau are Palauan and English

Samoa, officially the Independent State of Samoa and until 1997 known as Western Samoa, is a Polynesian island country consisting of two main islands, Savai’i and Upolu, two smaller inhabited islands, Manono and Apolima, as well as several small uninhabited island. The capital city is Apia.
The economy of Samoa has traditionally been dependent on agriculture and fishing at the local level. In modern times, development aid, private family remittances from overseas, and agricultural exports have become key factors in the nation’s economy. The United Nations has classified Samoa as an economically developing country since 2014

Tuvalu is an island country in the Polynesian subregion of Oceania, surrounded by the Pacific Ocean and situated about midway between Hawaii and Australia. Tuvalu has a population of 11,840.
The United Nations designates Tuvalu as a least developed country (LDC) because of its limited potential for economic development, absence of exploitable resources and its small size and vulnerability to external economic and environmental shocks.

Vanuatu, officially the Republic of Vanuatu, is an island country located in the South Pacific Ocean. T
The four mainstays of the economy are agriculture, tourism, offshore financial services, and raising cattle. Vanuatu sells citizenship for about $150,000, and its passports allow visa-free travel throughout Europe. With demand from the Chinese market booming, passport sales may now account for more than 30% of the country’s revenue

Barbados is an island country in the Lesser Antilles of the West Indies, in the Caribbean region of North America. Barbados shares its borders with Saint Lucia, Saint Vincent,the Grenadines, Martinique and Trinidad and Tobago. Its capital and largest city is Bridgetown. Barbados has a well-developed mixed economy, and a moderately high standard of living.
English is the official language of Barbados, and is used for communications, administration, and public services all over the island.

Haiti is a country located on the island of Hispaniola in the Greater Antilles archipelago of the Caribbean Sea. It is the third largest country in the Caribbean by area, and has an estimated population of 11.5 million (est 2020), making it the most populous country in the Caribbean.
The country uses the Haitian gourde as its currency. Despite its tourism industry, Haiti is one of the poorest countries in the Americas, with poverty, corruption, political instability, poor infrastructure, lack of health care and lack of education cited as the main causes. Unemployment is high and many Haitians seek to emigrate.
English is the official language of Montserrat.

Montserrat is a British Overseas Territory in the Caribbean, it is the only non-fully sovereign full member of the Caribbean Community. The island’s operating budget is largely supplied by the British government and administered through the Department for International Development (DFID) amounting to approximately £25 million per year. Additional amounts are secured through income and property taxes, license and other fees as well as customs duties levied on imported goods.
Montserrat has a population of less than 5000, and English is the official language of Montserrat.

Saint Kitts and Nevis is an English speaking island country in the West Indies with a population of around 57,000. The country is a Commonwealth realm, with Elizabeth II as Queen and head of state. It is the only federation in the Caribbean.
The country’s economy is characterised by its dominant tourism, agriculture, and light manufacturing industries.
St. Kitts allows foreigners to obtain the status of St. Kitts citizen by means of a government sponsored investment programme called Citizenship-by-Investment. When you acquire citizenship under the St. Kitts & Nevis citizenship programme, you and your family enjoy full citizenship for life, which can be passed on to future generations by descent. As citizens of St. Kitts & Nevis, you and your family are issued with passports which allow visa-free travel to more than 140 countries and territories worldwide, including all of the EU. 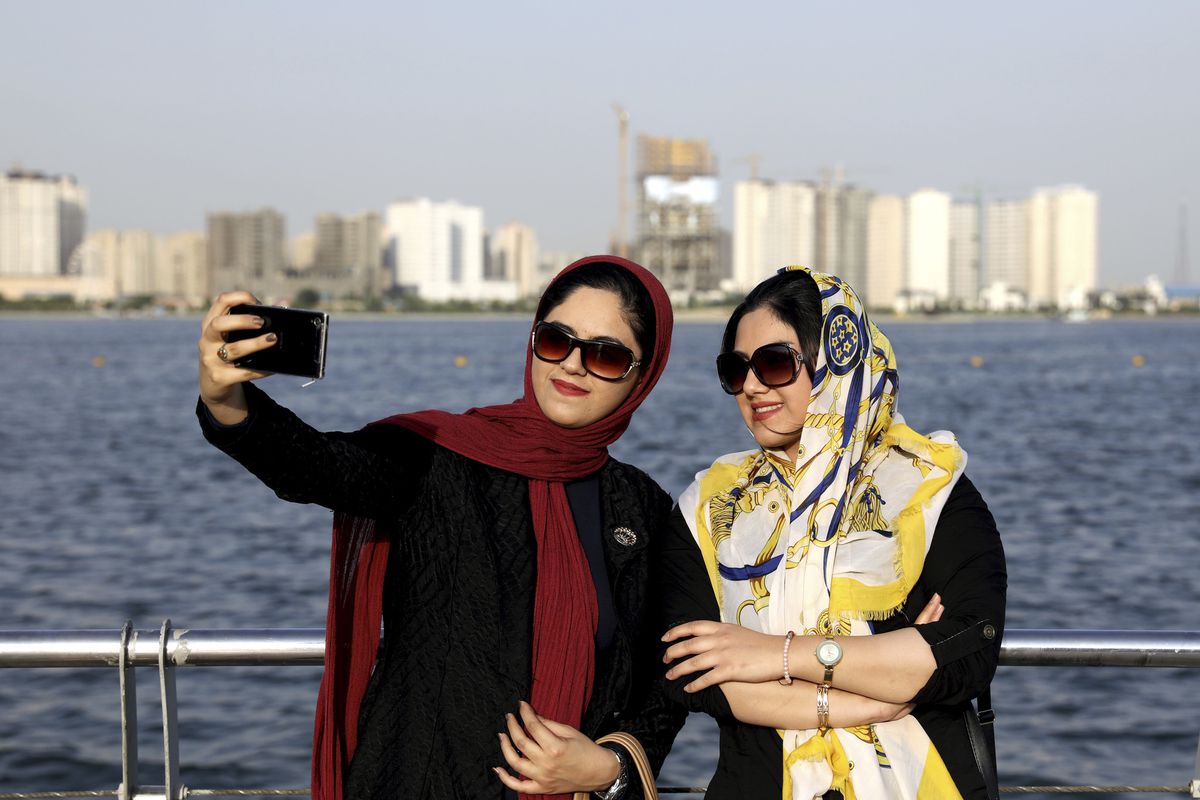 Iran is the second largest country in the Middle East and the 17th largest in the world. The country is bordered to the northwest by Armenia and Azerbaijan, to the north by the Caspian Sea, to the northeast by Turkmenistan, to the east by Afghanistan, to the southeast by Pakistan, to the south by the Persian Gulf and the Gulf of Oman, and to the west by Turkey and Iraq. Its central location in Eurasia and proximity to the Strait of Hormuz gives it significant geo-strategic importance. Tehran is the capital and largest city, as well as the leading economic and cultural hub; it is also the most populous city in Western Asia, with more than 8.8 million residents, and up to 15 million including the metropolitan area.

Iran’s economy is a mixture of central planning, state ownership of oil and other large enterprises, village agriculture, and small-scale private trading and service ventures.

The majority of the population speak Persian, which is also the official language of the country. 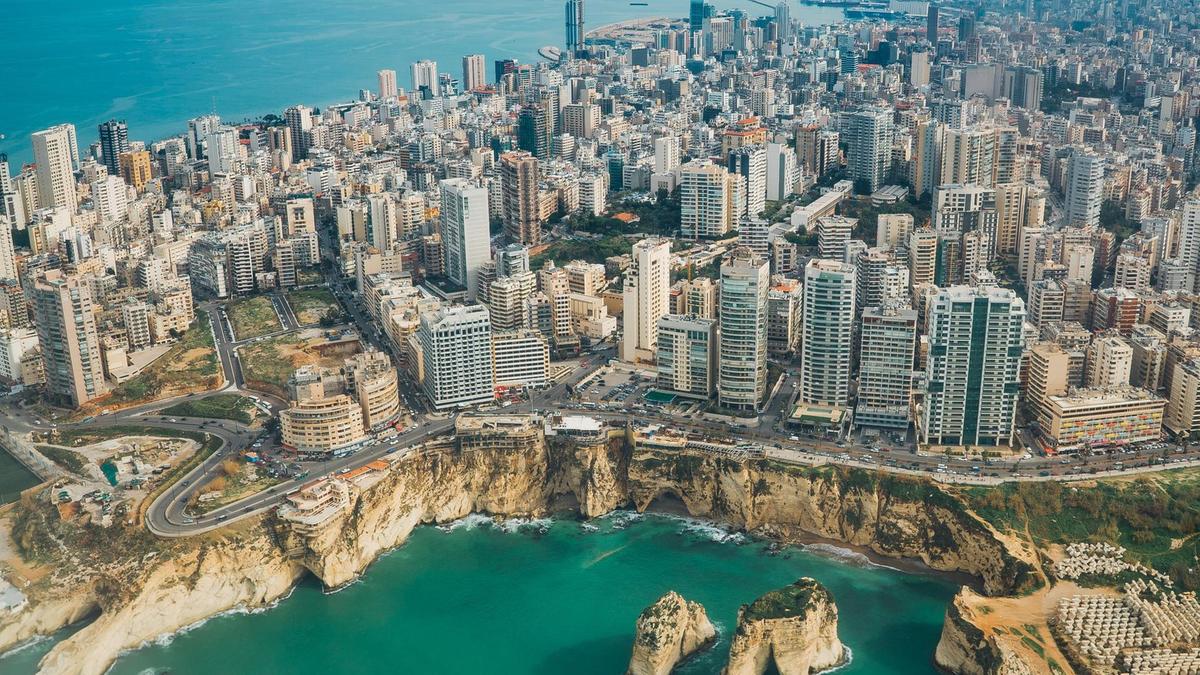 Lebanon, officially known as the Lebanese Republic is a country in the Levant region of Western Asia. It is bordered by Syria to the north and east and Israel to the south, while Cyprus lies west across the Mediterranean Sea. Lebanon’s location at the crossroads of the Mediterranean Basin and the Arabian hinterland has contributed to its rich history and shaped a cultural identity of religious and ethnic diversity. The official language, Lebanese Arabic, is the most common language spoken by the citizens of Lebanon.