3 Nigerian Authors Make The Longlist For The 2019 Booker Prize

Two Nigerian-born authors Oyinkan Braithwaite and Chigozie Obioma and a British-Nigerian Bernardine Evaristo are on the long-list of authors contesting for the 2019 Booker Prize of £50,000. 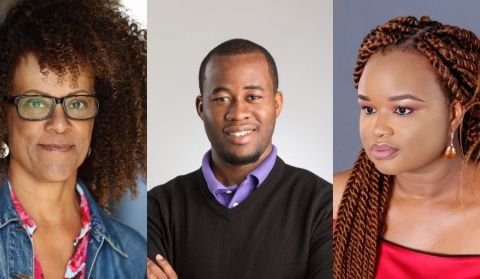 Braithwaite, Bernardine Evaristo and Obioma ’ s books were chosen alongside 10 other books from 151 novels published in the UK or Ireland between 1 October 2018 and 30 September 2019. 31 – year -old Braithwaite is the youngest writer on the list with her debut novel , My Sister, The Serial Killer already considered by producers for a movie.

“ If you only read one book this year , make a leap . Read all 13 of these. There are Nobel candidates and debutants on this list. There are no favourites; they are all credible winners. – Chair of the 2019 judges , Peter Florence said .

The 13 novels were selected from 151 submissions. Also long-listed are former winners: Margaret Atwood for her The Handmaid’s Tale sequel, The Testaments; and Salman Rushdie for Quichotte. The shortlist will be out on September 3, and the winner will be announced on October 14.

This is the first nomination for Evaristo and Braithwaite, and the second for Obioma, following his 2015 shortlisted debut, The Fishermen.

Bernardine Evaristo for Girl, Woman, Other

Released a few months ago, Girl, Woman, Other follows the lives and struggles of twelve different characters. Mostly women, black and British, they tell the stories of their families, friends and lovers, across the country and through the years.

Chigozie Obioma for An Orchestra of Minorities

An Orchestra of Minorities tells the story of Chinonso, a young poultry farmer whose soul is ignited when he sees a woman attempting to jump from a highway bridge. Written in the style of the Igbo literary tradition, Obioma weaves a heart-wrenching epic about destiny and determination.

Oyinkan Braithwaite for My Sister, The Serial Killer

Hilarious and deliciously twisted, My Sister, The Serial Killer tells the story of the complex relationship between a murderous yet glamorous Lagosian fashion designer and her responsible older sister, who’s always ready with bleach and rubber gloves to help cover up a crime.

Previous article
South Africa, Kenya Ranked Most Innovative Countries in Sub-Saharan Africa
Next article
Nigeria Was The Most Talked-About Team On Facebook During The 2019 AFCON