Its no news that Sport Prediction is now a household name in Nigeria…  Played both online and in shop.

Some play theirs online while some prefer to play theirs in a shop. But that notwithstanding, they all have one thing in common “they all want to strike a fortune”. But is it easy? Could there be more to this than meets the eye?

Well, Below are 7 Painful Truths About Sports betting that you may or may not know about.

1. For every winner who is smiling, there are millions of losers crying

​
For every winner, there are thousands who lose. So next time you win just have it at the back if your mind that as you are singing and dancing, some of the heavy losers may end up begging for money to pay their house rent, save their marriage, pay their school fees, and the very heavy losers may even end up committing suicide, like this guy.

2. They dont pay you with their money

​
This actually is very true. When you win, they dont actually pay you with their money, what they do is pay you from the money people have lost to them betting on that very same day. So when next you win a huge sum of money just remember that you won it at the expense of many others. So next time when you win big don’t go about shouting “i don wreck betnaija”, be sober instead.

​
sport betting is just like everyother bad habits out there, it is addictive. It starts as a fun game, but in time it gradually becomes addictive. You know youve become Addicted, when you will find yourself doing things that on a normal day you wouldn’t do. Just so they can get small bar to bet with.

4. It Can lead to serious health issues

​
The other downside of gambling is that it plunges individuals into untold health issues. Losing a bet -especially when its just one team that spoilt your betslip- can causes high blood pressure, regret, depression and a whole lot of negative emotions, that may end up deteteriorating your health. 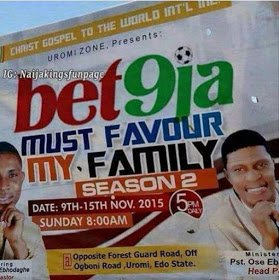 ​
Gamblers whether they win or lose tend to be miserable. The winners wants to keep playing more and more while the losers mourn their losses but have to play more and more hoping to win their money back and at the same time praying to God to intervene.

​
Well Its a well know fact that there has being more cases of those who have won large amounts going broke so sudden than there are of those who actually made it with their winings.
If you are very observant, you may have noticed that the money gotten from this betting companies dont seem to last atall. One day you are flexing, the next day you are broke and thinking “wetin happen”.

7. They thrive on your greed

Betting companies like betnaija, merrybet etc are kind of like conmen, they appeal to the greed -intense desire to get something especially wealth- in people to make money out of them. You see them once in a while telling you stories of how a particular man won 2 million and how a university undergraduate won 28 million. But all na propaganda to renew your Greed.

In a bid to make money quickly, some dudes literally spend their whole day in this betting shops, predicting matches. They abandon their education or work as they get crazier about the betting. When they exhaust all their money, they sometimes turn to begging. It encourages not only laziness but other vices as well.