8 Enlightening Facts About Sex You Might Want to Know

8 Enlightening Facts About Sex You Might Want To know 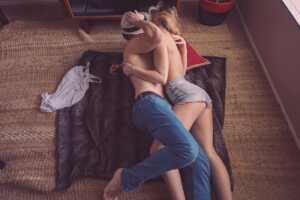 People dont know this, but our pubic hair sort of help prevent us from contracting an std, it is assumed that shaved pubes will also make it more likely for you to receive a sexually transmitted infection.

Read also: 7 Reasons Why You Shouldn’t Shave Your Pubic Hair

2. Adults are more likely to tell lies while in bed than they are anywhere else

​​​The pressure of the bicycle seat on the male groin can permanently damage sexual function and render the cyclist a poor and pathetic shell of his former sexual self.

4. Some people are wired to have more sex than others

Scientists are not entirely sure why this is, but it is true in both males and females. Some will want more, while others will want less; it just depends on how their brain is wired.

5. Humans are not the only creatures interested in performing oral sex

Yes, wolves, bears and bats are also known to participate in the practice quite often.

A spurt of a man’s ejaculation travels at approximately 28 miles per hour, even faster than the 100 meters dash world record, which is currently 27.79 miles per hour.

Women have the ability to make their voice sound “sexier” in order to entice their men when needed. Men, however, do not possess such an ability and simply have to rely on other factors.

8. Four popes have died while having sex

Are they even supposed to be having sex in the first place?