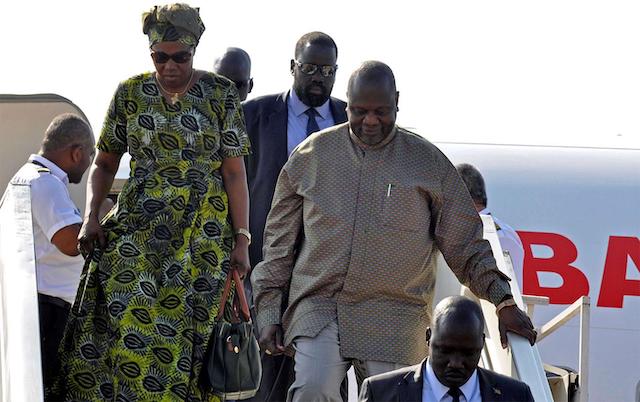 His wife, Defence Minister Angelina Teny, some bodyguards and other staff have also tested positive for the virus.

Mr Machar was tested on 13 May after one of the members of the government task force leading the fight against the virus tested positive. The vice-president was until last week a member of the task force.

He said he had no symptoms, but would self- isolate for 14 days.

The COVID-19 pandemic was confirmed to have reached South Sudan on April 5, 2020 . As of May 19, South Sudan has recorded 282 cases of the virus while four people have died, according to a tally by the World Health Organization.

On 13 April, South Sudan suspended flights and public transportation between the states and between Juba and the states.

After 28 people tested positive on 28 April, the curfew was extended to be from 7 p.m. to 6 a.m., all restaurants were only allowed to be takeout, and all passenger bicycle and motorcycle taxis were banned.

Although cases are still increasing, on 7 May South Sudan began the process of reopening the economy.