Countries In Southern Africa: Their Languages, Capital, Culture and People

Southern Africa, as the name suggests, is the southernmost part of Africa and includes a number of countries aside from the great country of South Africa. 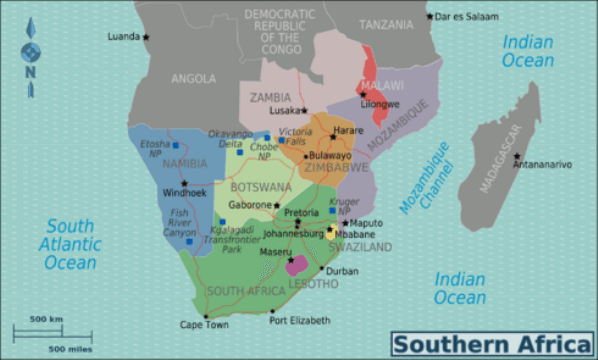 There are 2 major classifications for countries in Southern Africa:

The United Nations classification and that of the Southern African Development Community (SADC) which is an inter-governmental agency headquartered in Gaborone, Botswana with the sole purpose of fostering socio-economic integration and growth among the member states. One may consider it as a smaller version of the African Union.

According to the United Nations Scheme, there are only 5 in Southern Africa countries. They include: Botswana, South Africa, Lesotho, Namibia, and Swaziland .

These aforementioned countries constitute the geographic mapping of South African countries according to the United Nations. This is also the classification used by the Southern African Customs Union (SACU) which was established in 1969 to replace the customs union of 1910 making it the oldest existing customs union in the world.

One of Africa’s major oil producers, Angola has suffered from a 27-year civil war that ravaged the country after its independence from Portuguese colonial masters in 1975.
Much of Angola’s oil wealth lies in Cabinda province, where a decades-long separatist conflict simmers.

Namibia gained independence from South Africa on 21 March 1990, following the Namibian War of Independence. Its capital and largest city is Windhoek , and it is a member state of the United Nations (UN), the Southern African Development Community (SADC), the African Union (AU), and the Commonwealth of Nations. Namibia’s economy is tied closely to South Africa’s due to their shared history. The largest economic sectors are mining, agriculture, manufacturing, and tourism.

The Republic of Mozambique is rich in natural resources but the country, which gained independence from Portugal in 1975, is still suffering from the effects of a 16-year civil war that ended in 1992. The nation’s official language is Portuguese.

A country in eastern Africa within the African Great Lakes region. It borders Uganda to the north; Kenya to the northeast; the Indian Ocean to the east;
Mozambique and Malawi to the south; Zambia to the southwest; and Rwanda , Burundi, and the
Democratic Republic of the Congo to the west.
Mount Kilimanjaro , Africa’s highest mountain, is in north-eastern Tanzania.

Tanzania has made little progress towards reducing extreme hunger and malnutrition.

The 2018 Global Hunger Index ranks the aa the sixteenth most hungriest country in Africa, and further described the situation as “alarming”.Children in rural areas suffer substantially higher rates of malnutrition and chronic hunger, although urban-rural disparities have narrowed as regards both stunting and underweight

Seychelles is an archipelago country in the Indian Ocean. With a population of roughly 100,000, it has the smallest population of any sovereign African country.
Today, Seychelles boasts the highest nominal per capita GDP in Africa, excluding the French regions. It is one of only a handful of countries in Africa with a high Human Development Index.

South Africa has one of Southern Africa and Africa’s most developed economies. Up until 1994, it was ruled by a white minority government, which enforced a separation of races with its policy called apartheid.

Since independence from Britain in 1968, Mauritius has developed from a low-income, agriculture-based economy to a middle-income diversified economy, based on tourism, textiles, sugar, and financial services. Mauritius is ranked high in terms of economic competitiveness, a friendly investment climate, good governance and a free economy.

Zambia is the most politically stable African country. The landlocked country has experienced rapid economic growth over the last decade as Africa’s second largest copper producer after DR Congo.

The Republic of Zimbabwe is an ethnically diverse nation, with a population of around 13 million people. Gold, mineral exports, agriculture and tourism are the main foreign currency earners of the country.

Botswana consistently ranks as one of the well-governed countries in Africa, especially in its role in containing corruption.
It also ranks the highest in both the World Bank assessment and Rule of Law Index. Botswana protects some of Africa’s largest areas of wilderness with a safari-based tourism market, is relatively free of corruption and has a good human rights record. The country is also the world’s largest producer of diamonds and the trade has transformed it into a middle-income nation.

12. The Democratic Republic of the Congo

Congo is the southernmost country located in Central Africa. The DRC borders the Central African Republic to the north; South Sudan to the northeast; Uganda , Rwanda, Burundi and Tanzania to the east; Zambia to the south; Angola to the southwest; and the Republic of the Congo and the Atlantic Ocean to the west. It is the second-largest country in Africa after Algeria (the largest in Sub-Saharan Africa) by area and the 11th-largest in the world . With a population of over 78 million, the Democratic Republic of the Congo is the most populated officially Francophone country , the fourth-most-populated country in Africa, and the 16th-most-populated country in the world.

Lesotho is a country completely surrounded by South Africa. The Kingdom is made up mostly of highlands and villages can only be reached on horseback, foot or light aircraft. Around 40 percent of the population of Lesotho lives below the international poverty line of $1.25 a day.

Madagascar is an island country in the Indian Ocean , off the coast of East Africa. The nation comprises the island of Madagascar (the fourthly-largest island in the world) and numerous smaller peripheral islands.

The island is still a very poor country in 2018; structural brakes remain in the development of the economy: corruption and the shackles of the public administration, lack of legal certainty, and backwardness of land legislation.

The economy, however, has been growing since 2011, with GDP growth exceeding 4% per year; almost all economic indicators are growing, the GDP per capita was around $1600 (PPP) for 2017, one of the lowest in the world,

The Republic of Malawi is a landlocked country and is among the world’s least-developed nations. Most Malawians rely on subsistence farming, but the food supply situation is precarious because of the climate. Malawians have a low life expectancy and high infant mortality. 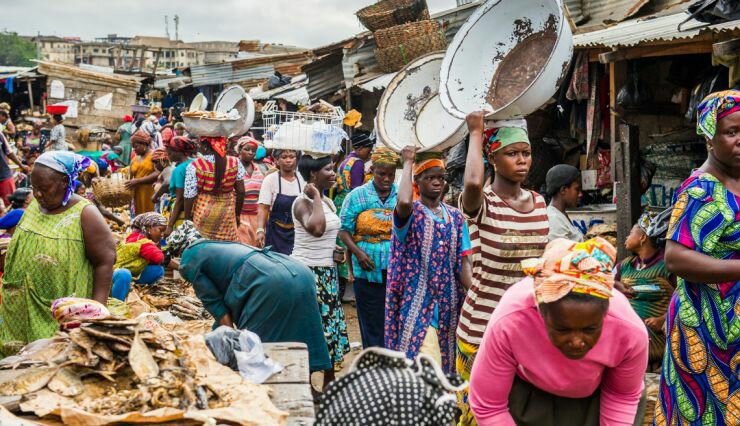 When it comes to the economy, the region is decidedly different from other parts of Africa. The main exports include diamonds, platinum, gold, and uranium. At the same time, it has similar challenges that other regions face. Similar problems it faces in economic development include poverty, poor leadership, the HIV/AIDS epidemic, and corruption.
To fight these problems in order to advance the region economically, the nations have come together to establish international bodies that further that agenda such as the SADC. Individually, South Africa is, unsurprisingly, the strongest economy among all the countries. To provide perspective on the strength, the combined GDP of all the other countries does not even come close to South Africa’s GDP. 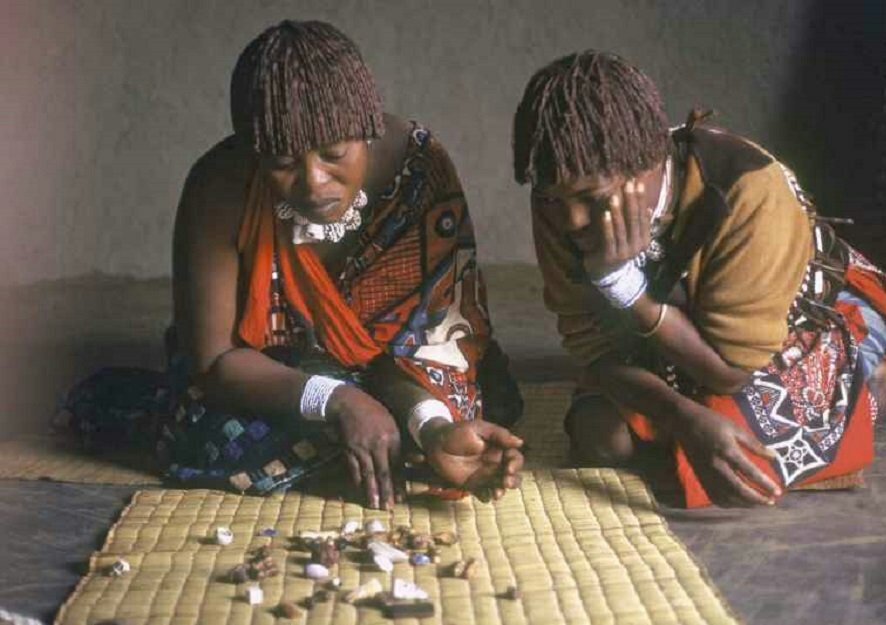 Home to many cultures, the region was initially occupied by native African tribes like the San, Pygmies, and Khoikhoi. Eventually, the Bantu expansion came and had some influence on the native tribes. Due to the Bantus, several ethnic groups such as the Zulu, Swazi, Northern Ndebele, the Shona people, Southern Ndebele, and other groups ended up speaking Bantu languages. Further changes were made after the colonials arrived in Africa. Native Europeans (such as the British and Portuguese Africans) and tribes of Asian roots (such as Indian South Africans) showed up in the region. 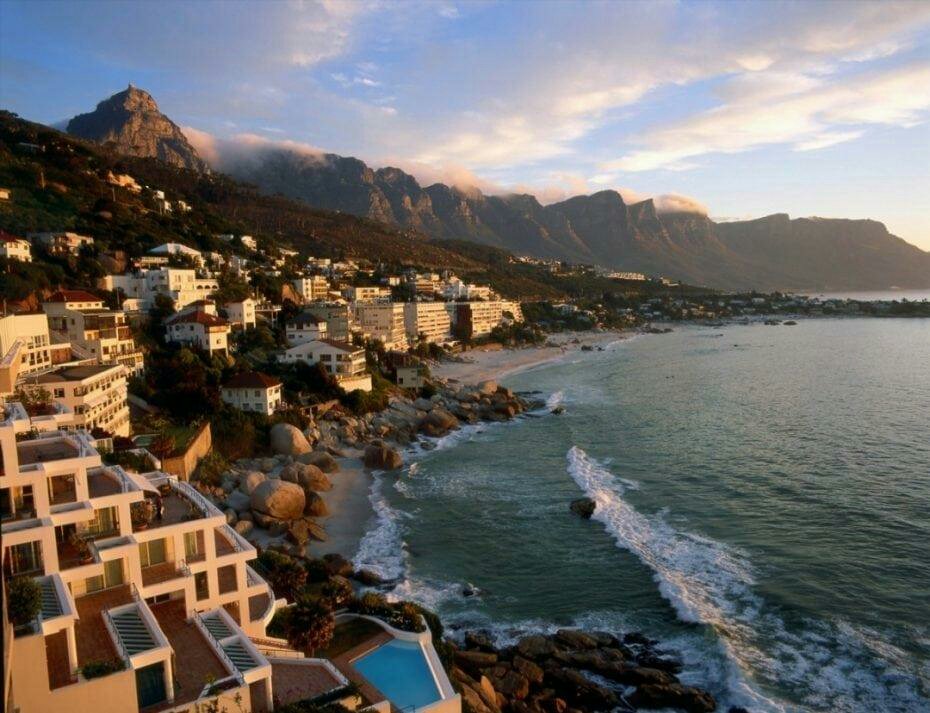 The landscape of the Southern Africa region is a bit varied with some areas being forested while others are deserts or simple grasslands. Expectedly, the region has places that are mountainous, coastal regions, and low-lying regions. Looking at the natural resources of the area, the region is endowed with the most expansive resources of platinum in the world. In addition, all the group elements of platinum namely chromium, cobalt, and vanadium are available in huge amounts. Other resources include uranium, diamonds, iron, gold, and titanium.

In terms of the environment, the region has several eco-regions that are full of diversity such as savannahs, grasslands, riparian zones, karoo, and bushveld. A significant number and diversity of wildlife remains in these regions despite the considerable amount of human interference that these areas have experienced. Wildlife species include the likes of white rhinos, blue wildebeest, elephants, impalas, velvet monkeys, and many more. Along the South African border, there are complex and eye-catching plateaus that make up enormous mountain structures. Environmental issues in the region that have become (or have been) problematic include desertification and air pollution.

Previous article
According to Science, Having A View Of This One Thing Outside Your Window Can Benefit Your Health
Next article
Child Labour in Africa: These Are The 8 Worst African Countries For Child Labour