Out of Africa’s 55 countries, 16 of them are landlocked and have no direct access to the open sea; thus putting them at a significant economic disadvantage compared to the rest of the Africa.

The countries below are enclosed by land and have no navigable route to the sea. 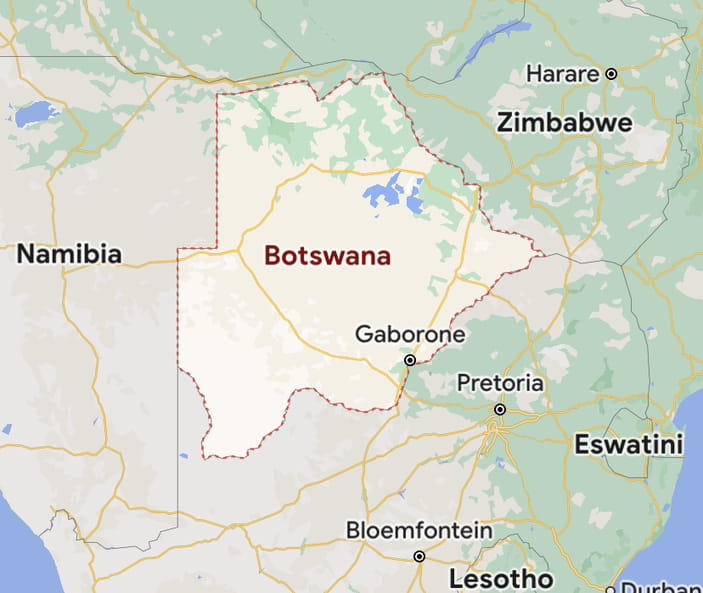 Botswana is a landlocked country in Southern Africa. The country is bordered by South Africa to the south and southeast, Namibia to the west and north, and Zimbabwe to the northeast. The country is also topographically flat, with up to 70 percent of its territory being the Kalahari Desert.

With a population of over 2.3 million people, Botswana is one of the most sparsely populated countries in the world it’s also an upper-middle-income country, with one of the world’s fastest-growing economies.

Burkina Faso is a landlocked country in West Africa with an area of 274,200 km2 bordered by Mali to the northwest, Niger to the northeast, Benin to the southeast, Togo and Ghana to the south, and the Ivory Coast to the southwest. It has a population of 20,321,378.

One of the smallest countries in Africa, Burundi is landlocked and has an equatorial climate. Burundi is bordered by Rwanda to the north, Tanzania to the east and southeast, and the Democratic Republic of the Congo to the west. The capital cities are Gitega and Bujumbura, the latter of which is the country’s largest city.

Chad is bounded to the north by Libya, to the east by Sudan, to the west by Niger, Nigeria and Cameroon, and to the south by the Central African Republic. 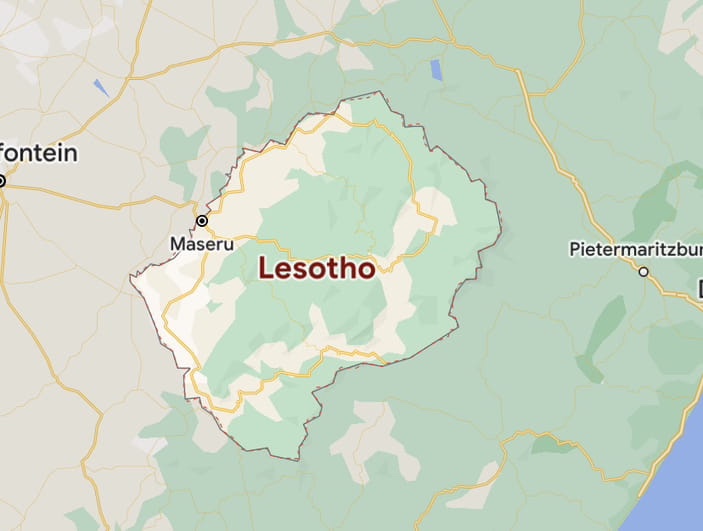 Lesotho, officially the Kingdom of Lesotho, is a country landlocked as an enclave in South Africa. It is situated in the Maloti Mountains and contains the highest mountains in Southern Africa. It has an area of over 30,000 km2 (11,600 sq mi) and has a population of about 2 million.

Malawi officially the Republic of Malawi, is a landlocked country in Southeastern Africa that was formerly known as Nyasaland. It is bordered by Zambia to the west, Tanzania to the north and northeast, and Mozambique to the east, south and southwest. The country Malawi spans over 118,484 km2 (45,747 sq mi) and has an estimated population of 19,431,566. Malawi’s capital (and largest city) is Lilongwe.

Malawi is one of the world’s least-developed countries. The economy is heavily based on agriculture, and it has a largely rural and rapidly growing population. 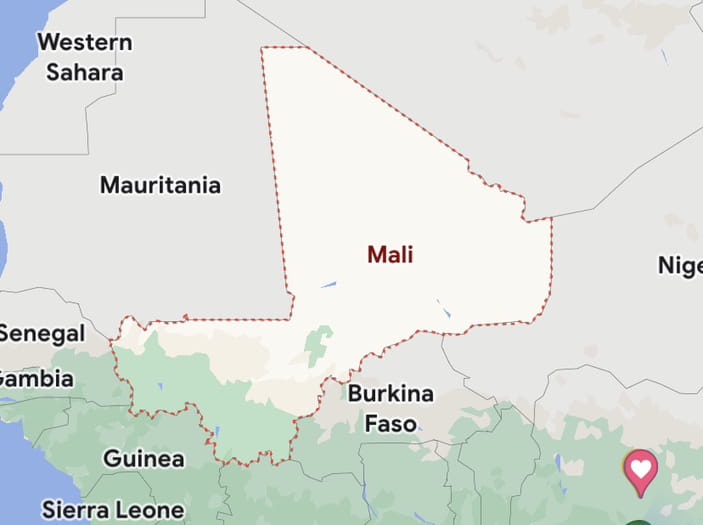 The country Mali is the eighth-largest country in Africa, with an area of over 1,240,000 square kilometres (480,000 sq mi). Its capital and largest city is Bamako. The country’s economy centres on agriculture and mining. One of Mali’s most prominent natural resources is gold, and the country is the third largest producer of gold on the African continent.

Niger is a unitary state in West Africa that’s landlocked by Libya to the northeast, Chad to the east, Nigeria to the south, Benin and Burkina Faso to the southwest, Mali to the west, and Algeria to the northwest. It covers a land area of almost 1,270,000 km2 (490,000 sq mi), making it the second-largest landlocked country in West Africa, after Chad. The capital Niamey is located in Niger’s southwest corner.

Rwanda is located in Central/Eastern Africa, and is bordered by the Democratic Republic of the Congo to the west, Uganda to the north, Tanzania to the east, and Burundi to the south. It lies a few degrees south of the equator and is landlocked. The capital, Kigali, is located near the centre of Rwanda.

Rwanda has a population of over 13 million living on 26,338 km2 (10,169 sq mi) of land, and is the most densely populated mainland African country.

Located in East Africa, South Sudan is landlocked by Ethiopia, Sudan, Central African Republic, Democratic Republic of the Congo, Uganda and Kenya. Its population was estimated as 12,778,250 in 2019. Juba is the capital and largest city.

The economy of South Sudan is one of the world’s most underdeveloped with South Sudan having little existing infrastructure and the highest maternal mortality and female illiteracy rates in the world as of 2011.

Eswatini is a small landlocked kingdom with an area of 17,364 km2 (6,704 sq mi). The country is bordered in the north, west and south by South Africa and by Mozambique in the east.

Eswatini is one of the smallest countries in Africa; despite this, its climate and topography are diverse, ranging from a cool and mountainous highveld to a hot and dry lowveld.

Uganda is a landlocked country in East Africa. The country is trapped to the east by Kenya, to the north by South Sudan, to the west by the Democratic Republic of the Congo, to the south-west by Rwanda, and to the south by Tanzania. Uganda has a population of around 46 million, of which 8.5 million live in the capital and largest city of Kampala.

Zambia is a landlocked country at the crossroads of Central, Southern and East Africa, although it is typically referred to as being in South-Central Africa. At 290,587 sq mi it is the 38th-largest country in the world, slightly smaller than Turkey.

Zimbabwe is a landlocked country located in Southeast Africa, between the Zambezi and Limpopo Rivers, bordered by South Africa to the south, Botswana to the south-west, Zambia to the north, and Mozambique to the east. The capital and largest city is Harare. The country has a population of roughly 15 million people.

Problems of Landlocked Countries in Africa

Landlocked African countries face many complex challenges. Due to their geographic remoteness, their lack of direct access to the open sea and the high transport and transit costs they face, they are at a significant economic disadvantage compared to the rest of Africa.

Overall, landlocked countries have lower levels of external trade and human-development compared with their maritime neighbours.

Out of the 16 landlocked countries in Africa, 14 are ranked “low” on the Human Development Index (HDI), a statistic that takes into account factors such as life expectancy, education, and income per capita.

Their dependence on their transit neighbours’ infrastructure to transport goods to port also imposes direct costs on trade, particularly if the transit country’s infrastructure is weak due to lack of resources, mis-governance, conflict or natural disasters.

The political relationship between landlocked and transit countries can be severed at anytime. If the two are in conflict, whether military ordiplomatic, the transit neighbour can easily block borders or obstruct trade.

Previous articleRabih Az-zubayr, the African Slave Trader Who Was Beheaded for Daring to Fight Against French Colonialists
Next articleJacob Morenga, the Namibian Military Genius Who Frustrated the Germans During the German-Herero Conflict of 1904