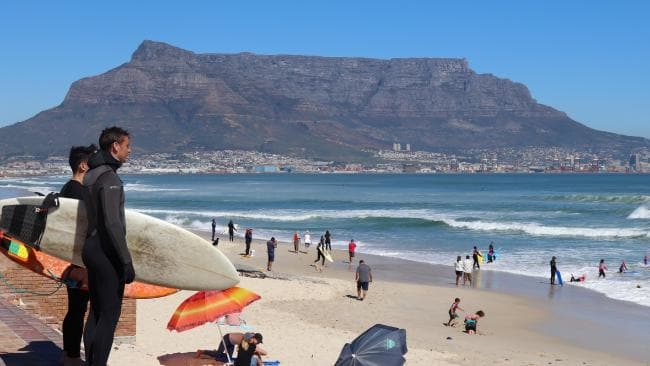 The best countries index covers 78 countries and ranks them on how global perceptions define them in terms of a number of qualitative characteristics, as well as impressions that have the potential to drive trade, travel and investment, and directly affect national economies.

Adventure looks at how friendly and fun a country is, while citizenship delves more into human rights, property rights, equality and freedom enjoyed by its people.

Cultural influence assesses the richness of a country’s culture, and how it influences society, which ties into the heritage category, which measure the accessibility of these things.

Entrepreneurship and open for business look at economic aspects – particularly how connected a country is to the rest of the world, innovation, skilled labour force, legal frameworks and various government roles in this.

The mover category looks at how unique a country is and is classified as an ‘up and coming’ economy, while the power category gauges a country’s influence, alliances and military.

Egypt is the highest ranked African country in the report, followed by Morocco, South Africa, Kenya and Tunisia.

Egypt, with vast swaths of desert in its east and west and the rich Nile River Valley at its heart, is site to one of the world’s earliest and greatest civilizations. It’s location at the northeast corner of Africa bordering the Mediterranean Sea has made it a cultural and trading center

Egypt is considered to be a regional power in North Africa, the Middle East and the Muslim world, and a middle power worldwide. It is a developing country, ranking 116th on the Human Development Index. It has a diversified economy, which is the third-largest in Africa.

Egypt is  the second best country in Africa and #33 Best Country in the world.

The Kingdom of Morocco is a Muslim country in western North Africa, with coastlines on the Atlantic Ocean and Mediterranean Sea. Just an hour ferry ride from Spain, the country has a unique mix of Arab, Berber, African and European cultural influences.

A relatively stable country, Morocco has the fifth-largest economy in Africa and wields significant influence in both Africa and the Arab world; it is considered a middle power in global affairs and holds membership in the Arab League, the Union for the Mediterranean, and the African Union.

Morocco is the third best country in Africa and #38 Best Country in the world.

South Africa is located on the southern tip of Africa, with coastlines on both the Atlantic and Indian oceans. With over 60 million people, the country is the 6th most populous nation in Africa.

The country is Africa’s third-largest economy behind Nigeria and Egypt, the country draws hundreds of thousands of visitors each year eager to see its impressive terrain, wildlife and cultural diversity.

South Africa is one of the few countries in Africa never to have had a coup d’état, and regular elections have been held for almost a century. The country is also a middle power in international affairs and maintains significant regional influence.

The country is ranked the best country in Africa and #41 Best Country in the world.

Scientists have called the East African nation, the cradle of humankind. Some of the oldest and most complete human remains have been found along the Great Rift Valley, a volcano-lined trench that runs through western Kenya.

Kenya’s economy is also one of the biggest in East Africa and continues to see much expansion, thanks to strong performance in tourism, higher education, and telecommunications, and decent post-drought results in agriculture.

Kenya is the fourth best country in Africa and #53 Best Country in the world.

Tunisia is a small Arab country in North Africa that represents both the aspirations of freedom and struggles against terrorism that troubles the region.

Tunisia is well integrated into the international community and is a member of the United Nations, La Francophonie, the Arab League, the OIC, the African Union, among others.

Tunisia is also one of the few countries in Africa ranking high in the Human Development Index, with one of the highest per capita incomes in the continent.

Tunisia is the 5th best country in Africa and #65 Best Country in the world.