Dambe is a type of martial art that is associated with the Hausa people that mainly inhabit the north of Nigeria, in the south of Niger and in the southwest of Chad, in West Africa.

The Dambe sport which is dominated by the Hausas has been in existence for hundreds of years and started from clans of butchers travelling to different villages at harvest and fighting those from the area as part of the festival entertainment. They would form teams from the village – known as armies – and challenge men from other butchers guilds, as well locals from the audience; they were soon competing for fame and glory as locals huddled around to cheer their favourite fighter on.

Dambe was also traditionally practiced as a way for men to get ready for war. Today, companies of boxers travel performing outdoor matches accompanied by ceremony and drumming, throughout the traditional Hausa homelands of northern Nigeria, southern Niger and southwestern Chad.

Although there are no formal weight classes, usually competitors in Dambe matches are fairly matched in size. 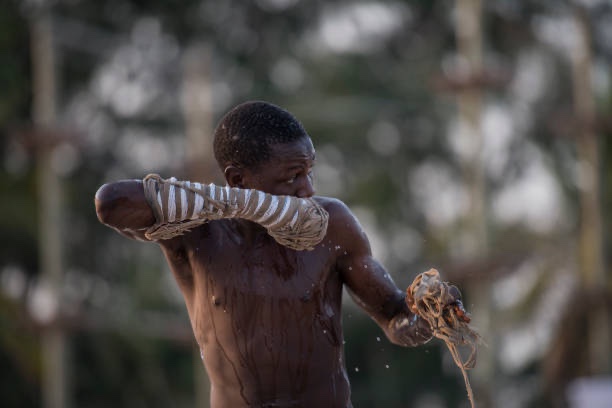 Unlike the five-round maximum of the United Fighting Championship (UFC) and the maximally 12 rounds for professional boxing matches, Dambe is fought in three rounds (no time limit) or fewer if a knockout punch is delivered.

There are few rules established in Dambe boxing, one is that each fight consists of three rounds, with no time limit, and like Senegalese Laamb wrestling, the looser is the one who gets killed – knocking the opponent down is called killing the opponent, the one who puts the knees on the ground or the one who surrenders. 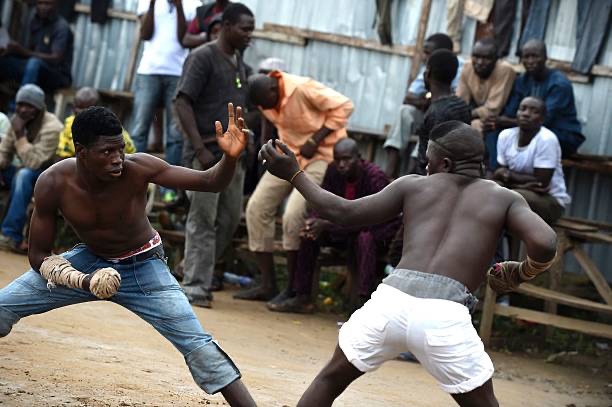 The primary weapon is the strong-side fist. The strong-side fist, known as the “spear”, is wrapped in a piece of cloth covered by tightly knotted cord. The other defensive hand, called the “shield”, is held with the open palm facing toward the opponent, said hand is used to taunt and trick the opponent into letting his guard down. It’s also used to grab or hold as required. 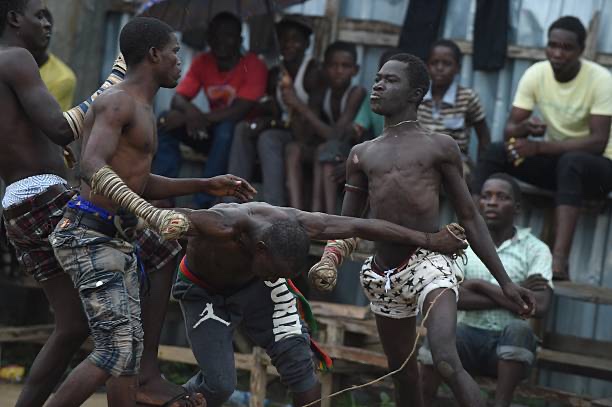 All a fighter has to do to win a fight is knock down his opponent only once in three rounds, but if the two are evenly matched, a fight can go on for hours.

While it may be growing, Dambe’s prize purse compared to other combat sports is still comparatively low.
Winners receive prizes in the form of money, cattle, presents from fans, or motorcycles and cars. On rare occasions, young women are married off to fighters as rewards. 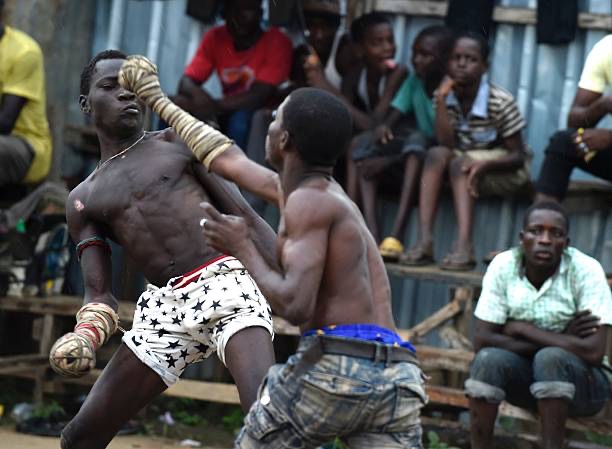 Previous articleKobina Gyan, the African King Who Was Exiled for Refusing to Take an Oath of Allegiance to the British
Next articleNdaté Yalla Mbodj: the Senegalese Queen Who Led the Resistance Against French Colonial Forces in 1855