Gustav Badin, the Enslaved African Who Was Gifted to the Queen of Sweden in the 18th Century

Gustav Badin was an enslaved African child who was gifted to Louisa Ulrika, the Queen of Sweden, in the 18th century. Despite his origins as a slave, he was later taken in as the foster son of Queen and served both her and his foster sister Princess Sophia Albertine within the Swedish court. 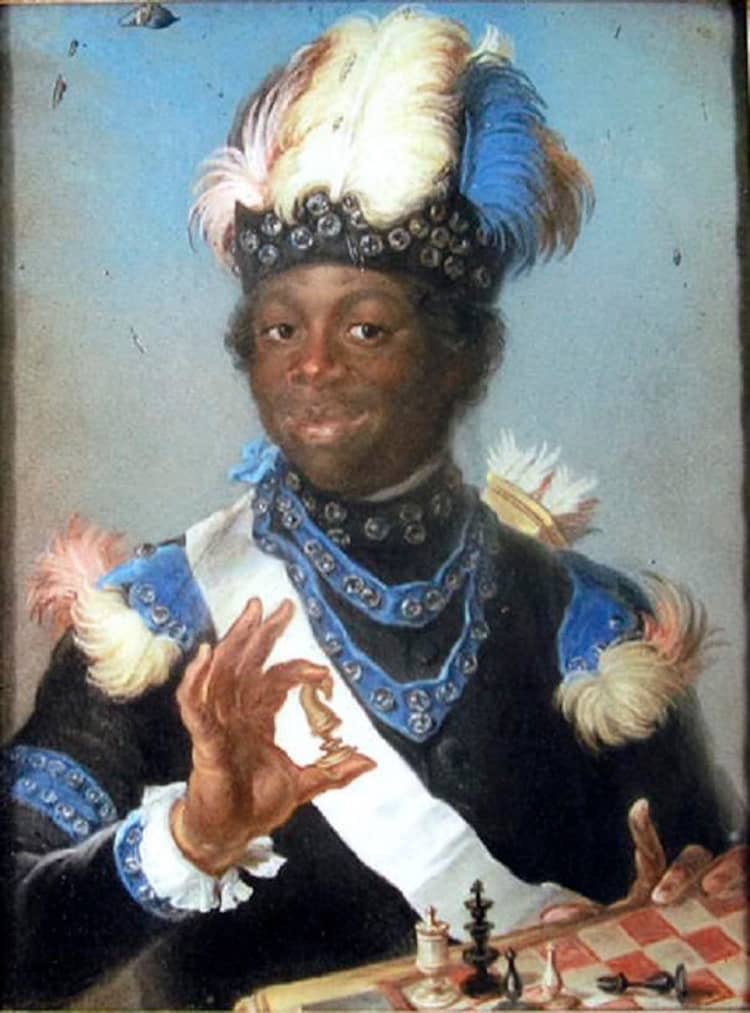 He was taken to Europe, probably on a Danish East Indies ship, from where he was bought by a Danish captain, who gave him to a statesman, who, in turn, presented him as a present to the Queen of Sweden, Louisa Ulrika of Prussia, in 1757.

Queen Louisa Ulrika of Sweden was known for her interest in the arts and sciences, and she likely saw Badin as a unique addition to her collection of exotic curiosities. It is believed that Badin was put on display for the Queen’s guests and was used as a conversation piece in the royal court.

Despite his status as a slave, Badin was treated relatively well during his time at the royal court. He was given an education and was taught to read and write, which was unusual for enslaved people of his time.

He grew up as a playmate of the children in the royal family, who were brought up in a much more restricted way than he was, and was allowed to speak to them in a natural way and even fight and tease them.

He was also close to his foster-sister, Princess Sophia Albertina, and wrote a poem for her on her birthday (1764):

“I, one of the Black People
Unfamiliar with this country’s customs
Make a wish from my heart
To our Princess too.”

Badin was described as an intelligent, trustworthy, and self-assured individual who was fiercely loyal to the royal family throughout his whole life.

In 1782, when the queen lay on her death-bed, she sent Badin to Stockholm with the key to her files. After her death, his foster sister Sophia Albertina and her brother Frederick burned some of their mother’s papers before they could be seen by the King.

The exact reason why they burnt the papers are not well-documented, but it is said that the young king, Gustav III of Sweden, became enraged with Badin for allowing them access to the books. They had an argument and the king said; “Do you not know, you black person, that such things may cost your head?” He replied: “My head is in the power of your Majesty, but I could not act in a different way.”

After the death of Queen Louisa Ulrika, Badin was given three farmhouses outside Stockholm by the Swedish king, which gave him an income and some financial security. He was also given several honorary titles such as chamberlain, court secretary, ballet master and assessor.

Badin was married twice but died childless. He did have a child with his first wife, but the child died in infancy in 1784, and no other children are noted. He and his second wife are however noted to have had a foster daughter named Christina living with them.

During his later life, he was reportedly supported financially by princess Sophia Albertina.

Gustav Badin died in 1877, age 75. By this time he was an honored member of several fraternal orders, including the Freemasons, and left a collection of 900 books, mostly in French, many with his own comments and underlining.

Previous article
Margaret Garner, the Runaway Slave Who Killed Her Own Daughter Rather Than Return Her to Slavery
Next article
British Colonies in Africa and their Dates of Independence