Amanirenas: The One-eyed African Queen Who Defended Her Kingdom Against the Roman Empire

Queen Amanirenas was a queen of the Kingdom of Kush, an ancient civilization located in what is now Sudan, during the 1st century BCE. She is known for leading her kingdom in a successful resistance against the Roman Empire during the reign of Caesar Augustus. 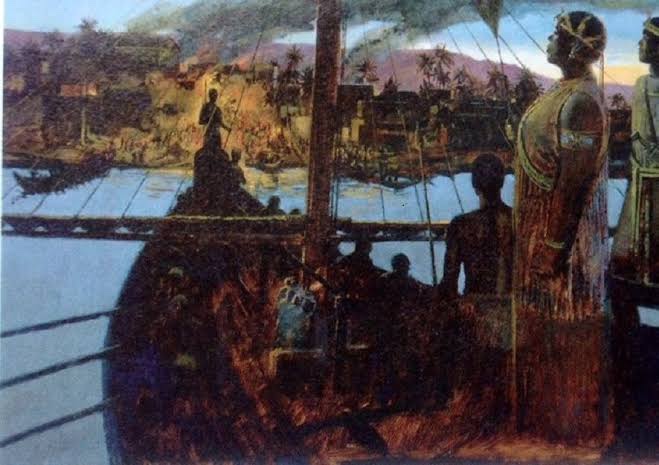 The Kingdom of Kush was a powerful civilization that existed in the region along the Nile river for over a thousand years. It had a complex system of government, with a centralized monarchy and powerful nobles. The Kushites were known for their skill in ironworking, agriculture, and trade. The Kingdom also had a long history of conflict with the neighboring Egyptian kingdom.

When Queen Amanirenas came to power in the early decades of the first century BC, the Roman Empire was expanding its territory in Egypt, and the queen decided to take action against the Roman presence in her own kingdom.

In 25 BC, Amanirenas led a surprise attack on the Roman province of Egypt, capturing the cities of Thebais and Syene and destroying the Roman garrison there. She also led her armies to raid the Roman-controlled cities of Elephantine and Philae. As they took these cities, they enslaved inhabitants and looted everything they could get their hands on, including the bronze head of Caesar Augustus which Amanirenas took back to Meroe. The head remained intact throughout the centuries and was found by British archaeologists in 1910 and is now displayed at the British Museum.

In response to these attacks, the Roman general Petronius led a counteroffensive by invading the Kingdom of Kush, occupying and razing the city of Napata, which was considered the religious and cultural center of the kingdom. They also detained some of the residents as prisoners of war.

Surprisingly, the destruction of Napata did not cripple the Kushites nor did it terrify the Queen enough to keep her from retaliating against the Roman army.

Amanirenas led another military campaign against the Romans, this time at the Roman-occupied city of Premnis. The queen’s battle was so significant and fierce that the Romans were forced to sign a treaty with Amanirenas, agreeing to withdraw their troops from Kushite territory and return most of the occupied territories to the kingdom of Kush.

This treaty remained active until the end of the third century AD, with relations between the Kushites and Roman Egypt remaining generally peaceful during this time. The kingdom of Kush remained a formidable power until its decline during the second century CE.

The Kushite war against the Romans lasted three years and was largely responsible for halting Rome’s southward expansion in Africa.

After the war, Amanirenas turned her attention to the rebuilding and strengthening of her kingdom. She ordered the reconstruction of the cities and fortifications that had been damaged during the war and helped to restore the economy. Amanirenas also sent diplomatic missions to neighboring kingdoms, establishing peaceful relations with them and ensuring the security of her own kingdom.

Amanirenas’s reign was a defining moment in the history of the Kingdom of Kush (Sudan). She is remembered as a brave and powerful leader who stood up to the might of the Roman Empire and secured the independence of her people. She was one of the few women in history to lead an army to war and successfully resist the Roman conquest, making her a symbol of resistance and courage.

Previous article
The Colfax Massacre: Remembering the 1873 Massacre of African Americans in Louisiana by White Supremacists
Next article
Betsy Heard, the Mixed Race Woman Who Dominated the West African Slave Trade in the 18th Century