Remembering Heartbreak Day: The Tragedy of New Year’s Day for Slave Families in the United States

Heartbreak Day, also known as New Year’s Day, was a day of great fear and sadness for many enslaved families in the United States. It was a time when slave owners would often sell off their slaves to other plantation owners, breaking up families and causing immense emotional turmoil. The day also birthed the saying “what you do on New Year’s Day you’ll be doin’ all the rest of the year“

In the African-American community, New Year’s Day used to be widely known as “Hiring Day” or “Heartbreak Day,” because enslaved people spent New Year’s Eve waiting, wondering if their owners were going to rent them out to someone else, thus potentially splitting up their beloved families.

Slave families were terrified of New Year’s Day because it marked the start of the “selling season,” a time when plantation owners would sell off excess slaves in order to make a profit. Many slave owners would use this time to get rid of the “troublemakers” or those who had become too old or sick to work.

“’Hiring Day’ was part of the larger economic cycle in which most debts were collected and settled on New Year’s Day,” says Alexis McCrossen, an expert on the history of New Year’s Eve and New Year’s Day and a professor of history at Southern Methodist University.

Some enslaved people were put up for auction that day, or held under contracts that started in January. These deals were conducted privately among families, friends and business contacts, and slaves were handed over in town squares, on courthouse steps and sometimes simply on the side of the road. 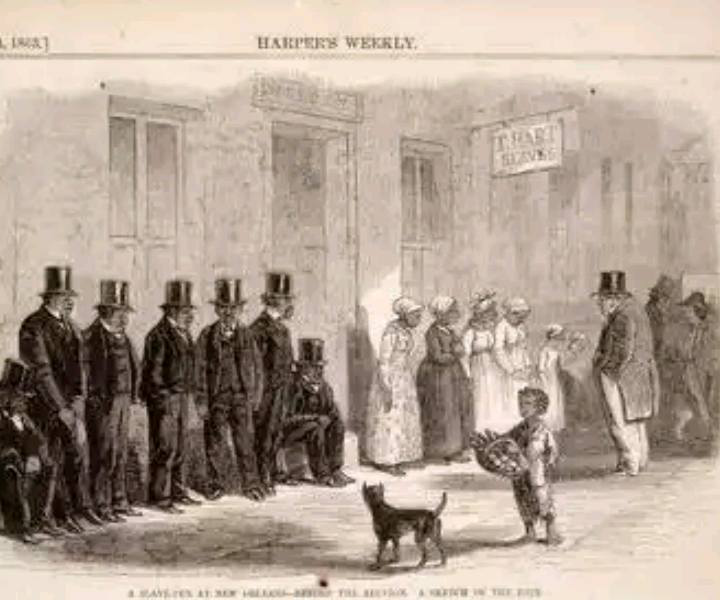 Accounts of the cruelty of Hiring Day come from records left by those who secured their freedom, who described spending the day before January 1 hoping and praying that their hirers would be humane enough to leave them and their families alone so they could stay together.

“Of all days in the year, the slaves dread New Year’s Day the worst of any,” a slave named Lewis Clarke said in an 1842 account.

“On New Year’s Day, we went to the auctioneer’s block, to be hired to the highest bidder for one year,” Israel Campbell wrote in a memoir published in 1861 in Philadelphia, in which he describes being hired out three times.

“That’s where that sayin’ comes from that what you do on New Year’s Day you’ll be doin’ all the rest of the year,” a former slave known as Sister Harrison said in an interview in 1937. 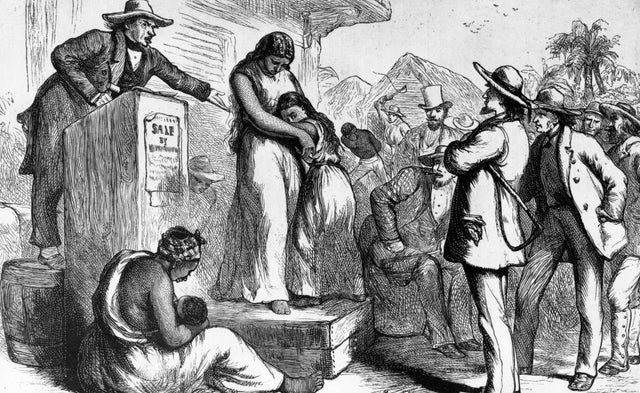 Harriet Jacobs a former Slave wrote a particularly detailed account in “The Slaves’ New Year’s Day” chapter of her 1861 autobiography Incidents in the Life of a Slave Girl. (you can download a free copy of the book from Gutenberg) “Hiring-day at the south takes place on the 1st of January. And on the 2nd, the slaves were expected to go to their new masters,” she wrote.

On one of these fateful days Jacobs saw “a mother lead seven children to the auction-block. She knew that some of them would be taken from her; but they took all.” The slave trader who took the children wouldn’t tell her where he was taking them because it depended on where he could get the “highest price.” Jacobs said she would never forget the mother crying out, “Gone! All gone! Why don’t God kill me?”

In addition to the emotional toll, the constant breaking up of families also had practical consequences. Slaves were not allowed to learn to read or write, so they often relied on family members to keep track of their history and connections to their ancestors. The constant selling off of slaves meant that many lost track of their family members and their own personal histories.

Today, the legacy of slavery and the heartbreak of Heartbreak Day continues to have a lasting impact. It is crucial that we remember and acknowledge this dark chapter in history and work towards creating a more equitable world for all.

Previous article
The Unforgettable Legacy of Hattie McDaniel: The First Black Actress to Win an Oscar
Next article
Antemoro People, This African Tribe Used to Be Widely Reputed for Their Astrologers