Arthur William Hodge, the Cruel Slave Owner Who Was Hanged for Murdering His Slave Over a Mango

Arthur William Hodge was a plantation farmer and notoriously cruel slave owner in the British Virgin Islands, who was hanged in 1811 for the murder of one of his slaves. 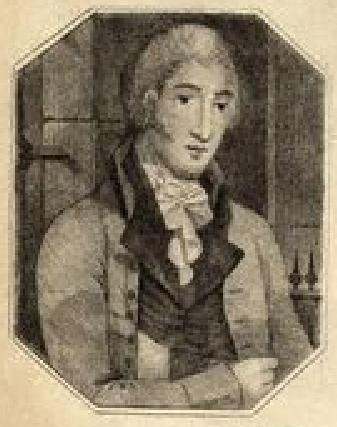 During the trial, reports revealed that prosper was not the first of Hodge’s slaves who had been beaten to death.

Evidence was also presented that Hodge caused the deaths of other slaves in his estate, some he whipped to death others he killed by pouring boiling water down their throats.

Evidence was also presented that Hodge was also cruel to child slaves, including his own offspring: Bella, a small girl of about 8 years of age, who was birth by a slave he had raped.

Arthur William Hodge was born in the British Virgin Islands, to a wealthy plantation owner who sent him to England to school at the Oriel College, Oxford.

After his education, Arthur briefly served in the British Army and was commissioned as a second lieutenant in the 23rd Regiment of Foot on 3 December 1782.

After his father’s death, Arthur who was described as a man of great accomplishments dropped everything and returned in 1803 to the British Virgin Islands to assume control of the family’s plantation.

The Crime and Trial

The assaults took place on the second of October 1807, when Arthur Hodge whipped one of his slave named prosper for not been able to cough out 6 shillings to pay for a mango he had let fall down from a tree.

Prosper had been tasked by Arthur to let nothing happen to the mango which hung on a branch of a tree. Most of all, Prosper was not to let it fall to the ground. But it did fall and when he couldn’t pay the 6 shillings Hodge demanded of him, he was whipped unconscious. 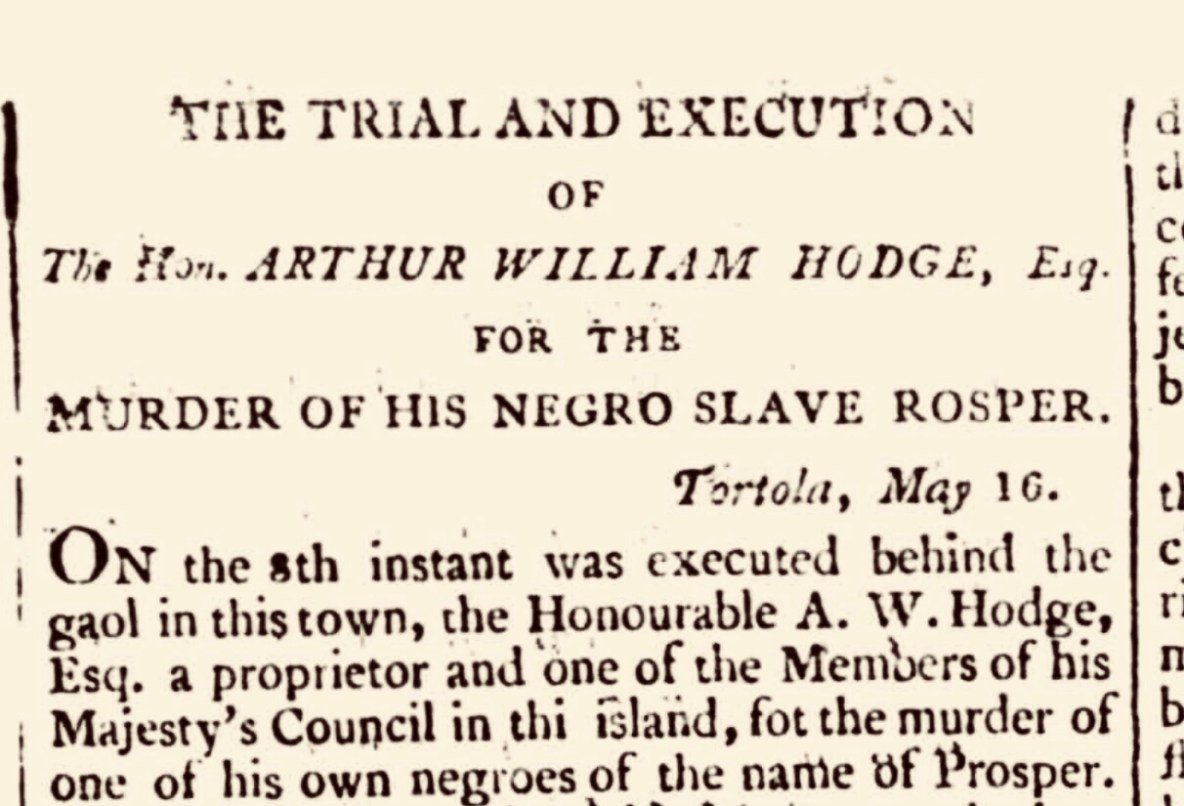 Thirteen days later, on 15 October 1807, Prosper died of his wounds. Hodge was not indicted for three years, until 11 March 1811. He then fled from his estates and was arrested by warrant.

The main evidence given at the trial relating to the death of Prosper was given by Perreen Georges, a free black woman. Below was her testimony:

“I was present when he [Prosper] was laid down and flogged for a mango which dropt off a tree, and which Mr Hodge said he should pay six shillings for; he had not the money and came to borrow it of me, I had no more than three shillings; he said to his master that he had no more money; his master said he would flog him if he did not bring it; he was laid down and held by four negroes, on his face and belly, and flogged with a cartwhip; he was under the last better than an hour; he then got up and was carried up to the hill; and his master said he should be flogged again if he did not bring the other three shillings; he was tied to a tree the next day; and the flogging was repeated; he was licked so long that his head fell back, and he could not bawl out any longer; I supposed he was faint; I then went from the window, as I could not bear to see any more of it.”

During his unsuccessful bail application, Hodge’s counsel argued that “A Negro being property, it was no greater offence for his master to kill him than it would be to kill his dog,” but the court did not accept the submission.

Hodge was pronounced guilty and was hung in front of thousands on may 16, 1811.

Hodge was defiant to the end and held that he was justified in his actions because the whole lot of his slaves were just unruly and insubordinate. Hodge also maintained that prosper caused his own deaths by exposing his wounds.

Previous articleRemembering Samuel Doe, the First World Leader to Be Tortured and Executed on Camera
Next articleOrigin of Death, According to the Ndut People of Senegal