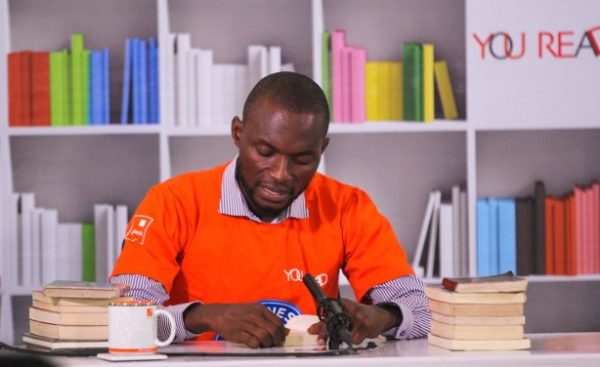 The father of three began reading at 1:30 PM Last week Monday and set the new record of 120 hours over a period of five days.

“This is the most adventurous thing I have ever done as an individual. It is not easy for an individual to sit down and decide to read for five days almost non-stop. The plan is to create awareness for reading and writing culture in Nigeria. I accumulated 20 minutes each day to eat, sleep and have my bath. I don’t even sleep very well but I am glad it is over and I have set a new Guinness World Record,” he told Premium Times.

Read Also: Nigerians In Guiness Book Of Records And The Records They Broke

To ensure that he was in tiptop condition, a Lagos state ambulance was permanently stationed at the library premises while the challenge lasted.
His wife, Tosin, a financial services expert, also told this newspaper that she was taken aback when her husband informed her of his plan to read non-stop for four days. 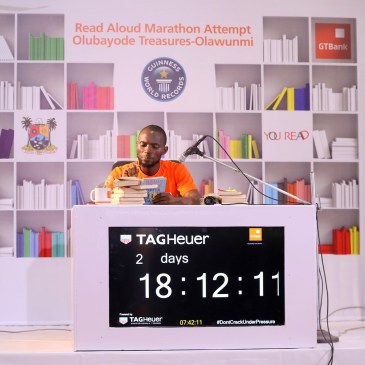 “I had just returned from work one night when he told me he wanted to read for 120 hours and I just walked past. I told him what mattered most was putting cash on the table, settling the bills and not book reading. I told him to jettison the idea because it made no sense.

“A few days later he came back to me and repeated the same thing and as usual, I called his bluff. But one thing I can tell you is that my husband is so brilliant and focused. Our children have taken after him in this regard. Now, I feel very happy because this is a dream come true and I am glad I finally supported him.”