Nigeria’s Israel Adesanya was the main man in 248 at the T-Mobile Arena in Las Vegas, where he retained his UFC middleweight championship After Beating Yoel Romero. 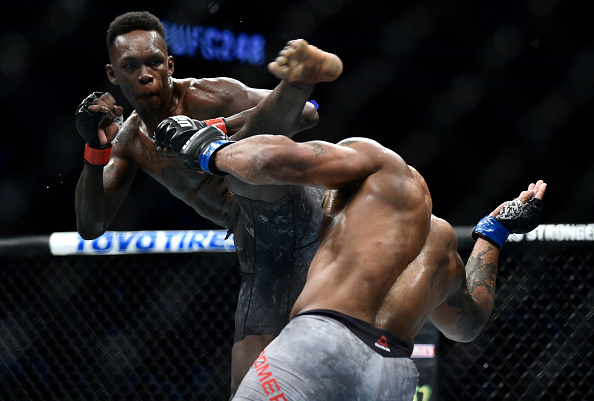 Romero (13-5) has now lost four of his last five and is 0-3 in official title fights. He put the blame on Adesanya even though he was the one who failed to do much in the remaining 15 minutes.

Romero expressed his frustration following the fight that Adesanya did not do enough to beat him.

“People bought the pay-per-view to see a real fight — not this. You need to have respect for people. People paid for a pay-per-view, for what? For a fight.”

Adesanya only joined the UFC in February 2018, but the Nigeria-born, New Zealand-raised fighter has been among the UFC’s fastest-rising stars since the moment he hit the cage.

He won his first seven UFC fights while displaying his incredible athleticism and all-around skills, steamrolling the middleweight division once ruled by pound-for-pound legend Anderson Silva.