Samuel Maharero: The Namibian Chief Who Led His People to War with the Germans

Samuel Maharero was a Paramount Chief of the Herero people in Namibia who led a revolt against the colonial German government in 1904. Today he is considered a national hero in Namibia. 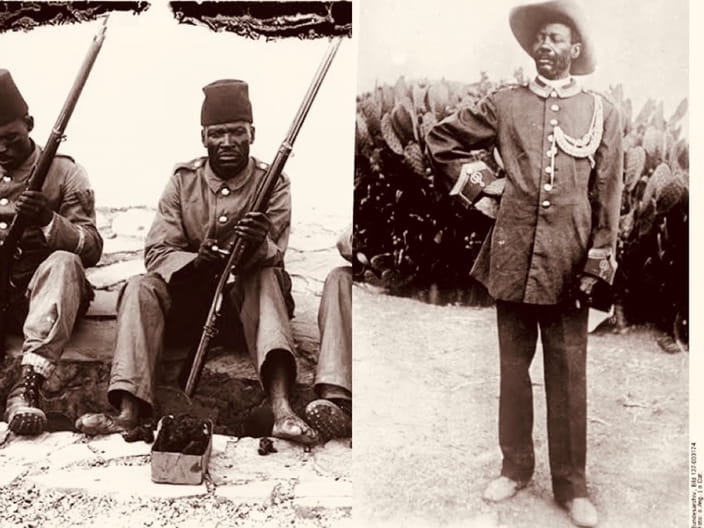 Samuel Maharero was born in 1856 to Maharero, one of the most powerful paramount chiefs of the Herero people. He was a warrior and a very weathy cattle raider who was well loved by the Hereros.

When his father died in 1890 — exactly 6 years after the area of what is today Namibia had been declared a German protectorate —, Samuel Maharero gained the chieftainship in the area of Okahandja, although he did not gain much of his father’s wealth and cattle according to Herero inheritance customs.

Initially, Maherero maintained fairly good relations with the German colonial administration under Theodor Leutwein. However, increasing problems, involving attacks by German farmers, economic difficulties and the use of Herero land for railroads, conflict over land etc all led to diminished relations. 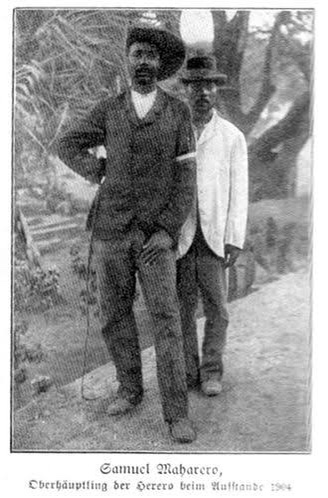 Angered by the ill-treatment of the Herero people by German settlers and colonial administrators, who viewed the tribes as a cheap source of labor for cotton and other export crops, Maharero secretly planned a revolt with the other chiefs against the German presence, though he was well aware of the odds against him. In a famous letter to Hendrik Witbooi – another legendary leader who was a Namaquan chief – Maharero exclaimed “Let us die fighting!”. 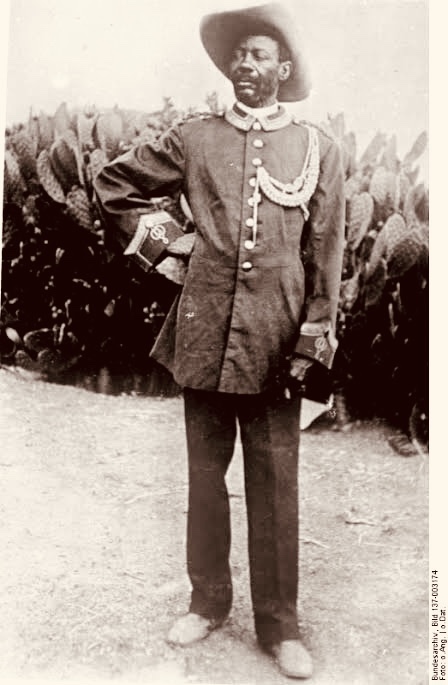 The initial attacks in the revolt which began on January 12, 1904, was successful and involved the killings of 123 persons, mostly German landowners. Marero had issued an order to his forces to avoid harming Boers, English, missionaries, and other non-German whites).

The Herero Raiders continued their attacks in the areas occupied by the Germans, they destroyed post offices, occupied a millitary station and killed all soldiers stationed there.

After receiving many losses, colonial Governor Colonel Theodor Leutwein was replaced as military leader by Lothar von Trotha, who brought 15,000 troops and created a bounty of 5,000 marks for the capture of Maharero. 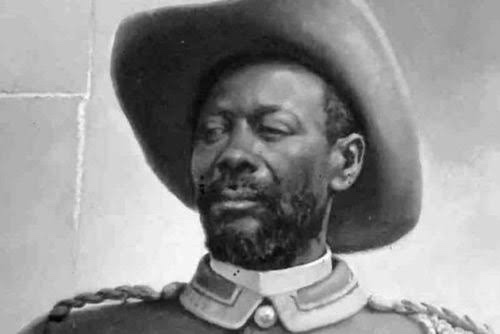 Herero forces were later defeated by colonial forces at the Battle of Waterberg on August 11, 1904 and the remaining Hereros (including women, children, and the elderly) escaped into the deserts of the Omaheke Region.

Although the Germans had won a tactical victory by driving the Herero from Waterberg, they had failed in their intentions to end the Herero Revolt with a decisive battle. Trotha soon thereafter ordered the pursuit of the Herero eastward into the desert, intending to prevent Herero reorganization by depriving them of food and water. This campaign caused most of the deaths of Herero people during the Revolt, and resulted in the notorious extermination order of October 2, 1904.

Tens of thousands of the Herero died of thirst, starvation, or disease. Those who attempted to surrender were shot. After the extermination order was countermanded by Berlin, captured survivors were sent to a concentration camp at Shark Island.

About 30 per cent of the Herero died in detention, close to 7,700 people in total.

Today this is referred to as the first genocide of the 20th century.

Maharero succeeded in leading around 1000 of his people to the British Bechuanaland Protectorate (today Botswana). He remained leader of the exiled Herero, until his death in March 1923 after which he was temporarily buried in Bechuanaland.

On August 23, 1923, his body was returned to his hometown in Okahandja, Namibia and was ceremoniously reburied alongside his ancestors, an occasion that the Herero people still celebrate on Herero Day.

Previous article
Thiaroye Massacre: How France Massacred its West African Troops in 1944
Next article
Top 20 Most (and Least) Corrupt Countries in Africa, 2022