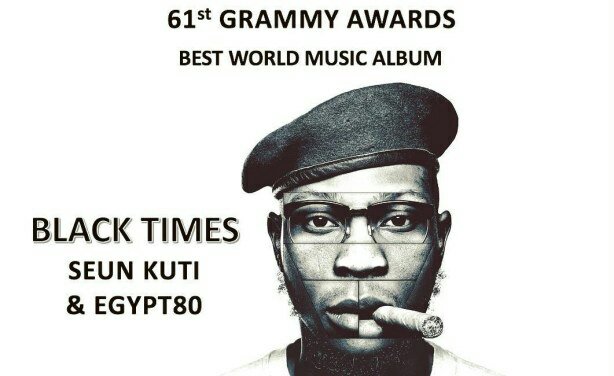 Following news of Seun Kuti submitting his recent album, ”Black Times” for consideration by the Grammy Awards panel in October, listwand can now confirm that the Afrobeat musician has officially been nominated for the 61st edition of the Grammy Awards.

Seun Kuti nomination was announced on Friday in Los Angeles in the World Music Album category along with artists such as Bombino, Fatoumata Diawara and Soweto Gospel Choir.

The award ceremony will take place on Sunday, 10 February at the Staples Center in Los Angeles.