From popular music, alternative music and Afrobeats, 2018 will forever go down as one of the most eventful years in the Nigerian music industry thanks to the likes of Burna Boy, Wizkid and Davido. 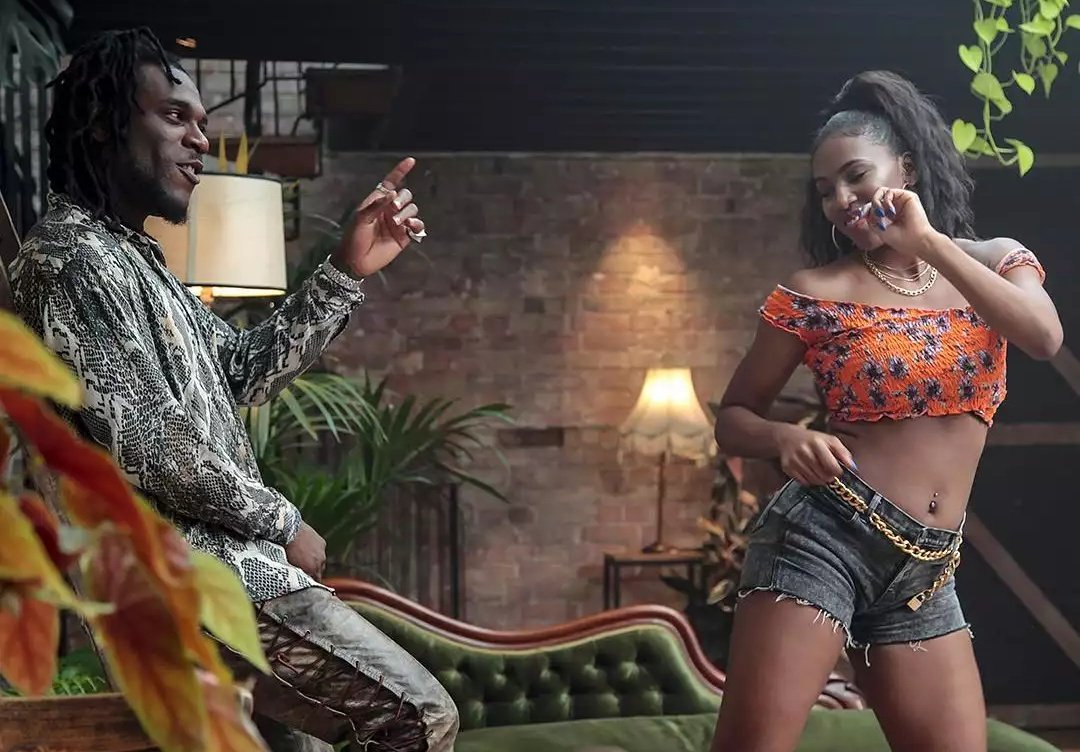 This list of top Nigerian musicians of 2018 brings together the best-performing acts within the year based on impact, hit songs, feats and mainstream success.

Here is a list of the 10 hottest Nigerian Musicians of 2018, as seen on pulse.ng.

Burna Boy is the hottest/best Nigerian musician of 2018. From a tumultuous 2017 where he was at the end of a long string of negative publicity, Burna fought his way back to positive reckoning and it all began with the release of his ‘’Outside’’ album in January.
The album had early stand out records like ‘Heaven’s Gate’ but it wasn’t until a few months later that ‘Ye’ turned out to become the one song that would define Burna’s year.
When videos started surfacing of Burna Boy performing ‘Ye’ during his ‘Life On The Outside’ tour of the United States, the online community went hype with the way the fans reacted to the song. And little by little, ‘Ye’ continued to grow into a hashtag and then a movement.
Afterwards, it has been killer features and more hits in ‘Gbona’ and ‘On The Low’ from an artist who has somehow become focused, re-energized and altogether fascinating.
2018 has without doubt been the best year in the career of Burna Boy Aka Don Gorgon.

2018 was a very wonderful year for wizkid. The Starboy has been ripping up stages worldwide, dropping banging records, sealing lucrative deals, walking on runways and consistently becoming a trending topic all year long.
In May this year, Wizkid sold out the 20,000 O2 Arena in one of his most iconic feats, while also performing at the Reading Festival, UK.
His hits this year include, ‘Soco’, ‘Fake Love’, ‘Fever’, ‘Gucci Snake’ and ‘Bad Energy’ with Skepta. Wizkid is the second Hottest Nigerian Musician of 2018

The question asked by many was, how will Davido top the sort of year he had in 2017? and he gave a loud and befitting response, if not in exactly delivering the type of hit songs that were nationwide anthems, his power moves globally and relentless effort through singles and collaborations were enough to make him the big deal yet again.
He gave us hits like ‘Assurance’, ‘Nwa Baby’, ‘Aza’ and ‘Wonder Woman.’
Davido also turned his label into a force through their collaborative hits like ‘Mind’ and ‘Aje’ and also won the award for ‘Best African Act’ at the 2018 BET, becoming the first artist in the category to be presented with his plaque on stage. Davido is the third best Nigerian Musician of 2018

Is there a more tactful, artistically disciplined, and technically accomplished Nigerian artist on the global stage this year than Mr Eazi?
‘Deliberate’ was the word most used to define Mr Eazi this year and part of his magnificence is purely based on statistics and careful planning.
Mr Eazi built a strong team around himself and followed the data in making his moves. Every step of his was calculated, he identified his audience and catered to them passionately.
This helped Eazi to forge a base in the UK and saw him performing on major stages globally. He rounded up the year with the impressive release of his sophomore project ‘’Lagos To London’’ which is gathering some explosive streaming numbers and also set up a platform
‘’Empawa’’ to help artists get their music out.

Just like the first day of the year, Olamide is here again and if the first half of the year is split into two, then Olamide was a force in its opening quarter.
His single, ‘Science Student’ became the go-to record to start a party. It was the song with which Genevieve Nnaji displayed her ‘shaku shaku’ skills and one that birthed an endless catalogue of viral videos as fans jumped on the wave.
The rapper/pop star rode on this momentum for a while and just when it was about fizzling out, he returned with ‘Motigbana’ and another dance craze was birthed.
Other singles like ‘Kana’, ‘Criteria’, ‘Bugle’, ‘Poverty Die’ and the ‘’ YBNL Family Mafia’’ album all add up to Olamide again becoming one of the most influential names this year.

Mummy ‘Jam Jam’ as she was largely referred to this year enjoyed a fairly spectacular 2018.
While the rumours surrounding her relationship with Wizkid was one that kept the blogs busy, she was also stylistically restless with her music as her contributions through songs like ‘Tiwa’s Vibe’, ‘Lova Lova’, ‘Diet’ and ‘Get It Now’ remix with Omarion were unmatched.
To cap off an already great year, Tiwa headlined her debut UK show at the Indigo at the O2 Arena before a sold-out audience and won the award for the ‘Best African Act’ at the MTV EMAs in November ahead of a strong list of contenders including Davido, which is no small feat.
She then shared the stage with the likes of Beyonce and Jay Z at the Global Citizen Festival in South Africa.

His license to collaborate with other artists became the additional spring required to embark on a more commanding industry run.
Kizz Daniel laced his vocals on hit singles like 4dayz , DJ Spinall ’s ‘Baba’ , DJ Neptune ’s ‘Wait’, Major Lazer’s ‘Loyal’ , scored a major hit in ‘One Ticket’ and closed the year with the release of his much anticipated sophomore album, ‘’No Bad Songz’’.

The veteran artist who has been relatively quiet in the last couple of years resurfaced on Wizkid ‘s ‘Fake Love’ sometime in May and the ripple effect of his contribution in making the record an anthem was one that led to over 20 collaborations and copycat trends.
Everyone who could afford it featured Duncan on their songs in search of the next hit record, while those who couldn’t, made an attempt to rip off his sound.
2018 will go down as the year when Duncan’s name transcended yet again to one of the most defining artists in the music sphere.

Falz unsurprisingly also made this list of best Nigerian musicians of 2018. His path from rapper/singer/actor to mainstream domination was enhanced this year when he released ‘This is Nigeria’ video delivering one of the moments that shaped pop culture the most in 2018.
The song described as the ‘state of the nation address’ created a buzz around his name like never before, with the video hitting over 1 million views in 72 hours.

Adekunle Gold is cut out from a different cloth. From his music to his brand and even his artistry, he is one that has set himself apart from the crowd.
2018 saw the release of his second studio album, ”About 30” which was preceded by an impressive rollout and spawned notable records like ‘Ire’ and ‘Damn Delilah.’
In June, he took his music to the Indigo at the O2 Arena where he performed before a packed-out audience and finished the year headlining a three-day concert that had the likes of Asa and Olamide sharing the stage with him.
He is the tenth Best Nigerian Musician of 2018