Top 5 Theories Of Why We Humans Dream

Dreaming is something we all do. (Well not all, some people are spiritually blocked) but no one understands why we have them or why most times when we dream we can’t just seem to remember the details and sometimes when we do remember we can’t seem to piece together anything concrete.

Psychologists tend to agree that dreaming serves no direct physical function. However, some researchers believe that we dream for a reason and that it serves some sort of emotional, or primary, function. 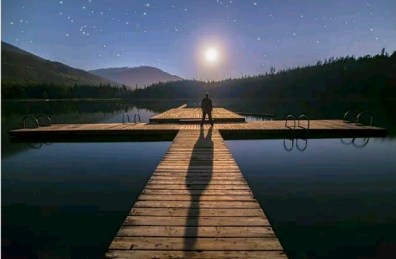 ​To explore the reasons that could explain why we dream. Here are Top 5 Theories Of Why We Dream
****Although some of the findings below are rather strange and may leave you doubting the mental state of the researchers you shouldn’t be in a hurry to dismiss them.

This theory was propounded by a group of Finnish researchers at the University of Turku.

The threat stimulation theory of why we dream states that dreams allow us to prepare for threats or danger.

This researchers found that threat simulations during dreams allow a person to rehearse the required mental functions for proper threat perception and avoidance, leading to increased reproductive success.

They studied this claim by investigating the dreams of children in both threatening and non-threatening households.

They found that those living in rough neighbourhoods – including their homes – where their physical well-being is constantly threatened tended to have wild dreams and a great threat simulation system as opposed to those living in safe environments.

In a second study – this time it was done on traumatized and non-traumatized children. Their results corresponded with those obtained from the previous study… Traumatized children tended to have a significantly greater number of dreams, plagued with threats and violence. On the other hand, the mentally healthy children had dreams that were less severe in nature than those of the traumatized children, and they dreamed much less frequently.

One particular study found that while in REM sleep (The stage of sleep during which most brain activity and dreams occur) our brain tend to process new concepts and link them to already existing knowledge or distant but related concepts.

They found that dreaming arises when we become aware of these links the brain is trying to interpret in other to create a narrative to connect them
which are usually fragmented sounds or images coupled with motor activity.

This explains why you can have a dream about going to toilet and then before you know it, you are awake and need to use the toilet.

These researchers found that this tends to be why our dreams are so bizarre, confusing, and creative.

A study found that patients who were not allowed to sleep faced some severe consequences.

To carry out the study, Five researchers studied two groups of college students: The first group consisted of 35 healthy students, and the second group of 20 depressed and anxious students. These students/patients were woken up right when they were entering REM sleep.

After these periods of sleep, the students completed memory recall, mood, and self-appraisal tests.

The Researchers found that when the participants weren’t allowed to dream, they experienced increased tension, difficulty concentrating, lack of coordination, and slight weight gain. They also had a tendency to hallucinate.

Dreams help us deal with strong emotions, like fright, sadness, anger and love. Psychologists believe that dreams act to strip away emotions from events. Apparently By stripping away these emotions and separating them from events, we are better able to process the emotions, since our brain is able to make connections between feelings and past experiences.

Researchers have found that these connections are different from the ones our brain would have made had it been fully awake.

These different connections allow for the development of new perspectives by viewing situations in different ways and possibly aid in working through a tough situation by looking at it from another point of view. Some researchers believe that this might be a way to get to the root of one’s anger, sadness, fear, or happiness, while others believe it is a safe space in which humans can solve their deepest problems and explore their most haunting insecurities.

5. Not Dreaming May Signal Psychiatric Disorders

Researchers at Harvard University conducted a study in 2009 that found a link between dreaming and common psychiatric disorders, like bipolar disorder. They found that for both children and adults, sleep problems may raise the risk of developing a psychiatric disorder.

When we are interrupted in the stage of sleep during which most brain activity and dreams occur (REM sleep), it affects our levels of neurotransmittets and stress hormones.
This in turn impairs our emotional regulation and affects the way we think. According to this researchers, Continued hormone imbalances and affected neurotransmitters are what may lead to psychiatric disorders.

7 Common Dreams And Their Western Meaning