Top 7 Of The Most Bizarre Sexual Fetishes 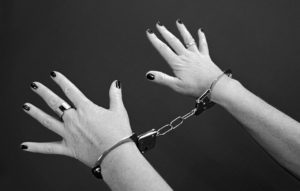 6. Ballbusting
Being struck in the groin actually arouses some men. Yes, bro believe it.
Men with this Fetish get sexual gratification when they get kicked or watch someone get kicked in the testicles.

The Omorashi’s’ are people who get turned on by the thought of being desperate for a pee.
This desire extends beyond the fetishist themselves. For some, the sensation of needing a pee does nothing for them, but seeing someone else desperate for a pee does.
The target of their fetish is someone important or dignified.

So I think this is the weirdest of them all, according to a documentation by Jesse Bering in his book of sexual oddities Perv, a Climacophile is someone who gets turned on by the idea of falling down the stairs. apparently these guys are more aroused by the idea of tumbling downstairs themselves than seeing someone else do it.

Coprophilia is the fetish involving sexual arousal and pleasure from watching someone else defecate.
Though most of them go no further than enjoying the sight of another person defecating, or closely studying the feces, there are some even in an even weirder subcategory of this fetish called “coprophagia,” that go as far as eating faeces to get sexual gratification.

A vast majority of the world’s population think bugs are gross, but not this guys. People with Formicophilia get sexual gratification in being crawled upon or nibbled by insects, such as ants, snails, leeches or other small creatures.
This fetish often involves the application of insects to the genitals.
Devore said “Snails in particular do leave a particular kind of stimulation that’s very intense.” It’s most common, he said, in Southeast Asia where there is a ready supply of oversized bugs.

The grossest of all, Emetophilia is a fetish in which an individual is sexually aroused by vomiting or observing others vomit, also referred to as a vomit fetish. Some emetophiles put emetophilia into practice by actually vomiting on a partner.
“I’ve certainly seen couples where they’ll go to a buffet and the partner will pick the food they want and the other partner will eat them,” said Devore. Then, the eater vomits up the meal and the other partner eats it, all for sexual gratification”.
EXTRA
Nasolingus
People with this fetish get off by licking and sucking of another person’s nostril. It is done often during sex and sometimes inserting the tongue into their partners nostril to bring out and eat the juicy -lol- mucus.