The top 5 oil producing nations in Africa are Nigeria, Libya, Angola, Algeria and Egypt. These countries have significant reserves of both crude oil and natural gas, and the oil and gas sector is a key contributor to their respective economies. However, the sector also faces challenges such as insecurity, corruption, lack of transparency, and lack of foreign investment. Despite these challenges, the countries are working to improve their oil and gas sectors and attract investment to the region. 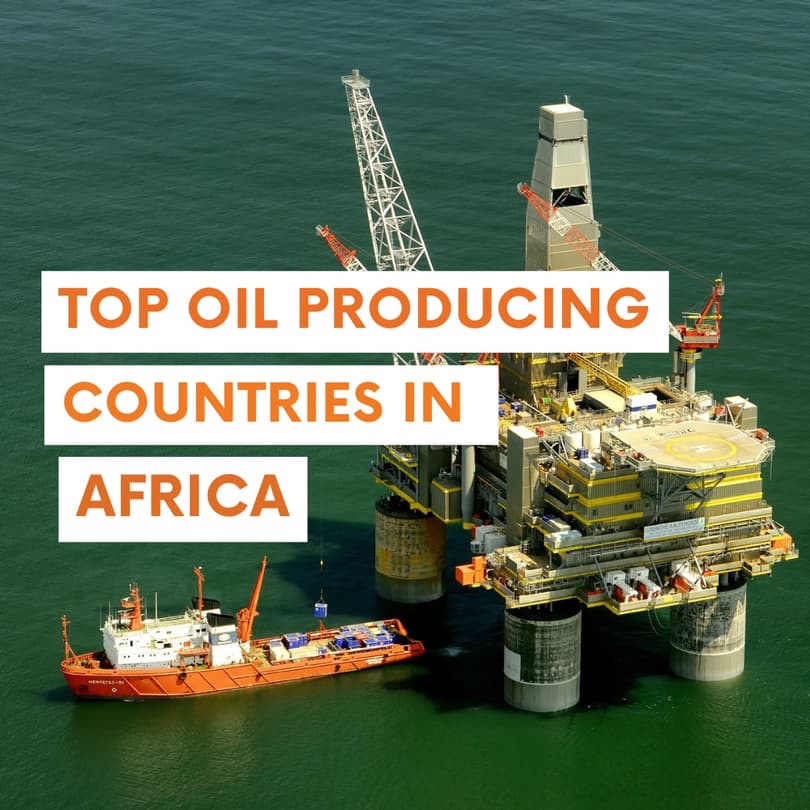 Nigeria is the largest oil producer in Africa and has significant reserves of both crude oil and natural gas. The oil and gas sector accounts for a significant portion of the country’s economy, but it also faces challenges such as theft and sabotage of pipelines. The government is working to improve security and attract investment to the sector.

Libya is the second largest oil producing nation in Africa, behind Nigeria. The country has large reserves of both crude oil and natural gas and the oil sector is a major contributor to the Libyan economy, accounting for nearly 80% of the country’s export revenue and over 60% of its GDP. The majority of Libya’s oil production takes place in the Sirte Basin in the east of the country, which is home to some of the largest oil fields in Africa. Despite the ongoing political instability in the country, oil production in Libya has remained relatively stable, although it has been subject to fluctuations due to disruptions caused by conflict and sabotage.

Angola is the third largest oil producing nation in Africa, with a daily output of approximately 1.2 million barrels per day. This makes the country a significant player in the global oil market, and a major contributor to the economy of Angola. Oil production in Angola has been on the rise in recent years, driven by the country’s vast reserves of crude oil and natural gas. The oil industry is a key driver of economic growth in Angola, and accounts for a significant portion of the country’s GDP and government revenues. Despite this, Angola remains one of the poorest countries in Africa, with a high poverty rate and a lack of infrastructure and basic services.

Algeria, the largest country in Africa by land area, is the fourth largest oil producing nation in Africa, behind Nigeria, Libya and Angola. The country has significant reserves of both crude oil and natural gas, and these resources play a major role in its economy. The state-run company Sonatrach is the largest oil and gas company in Algeria and is responsible for the majority of the country’s production. The oil and gas sector accounts for approximately 60% of Algeria’s export revenues and 25% of its gross domestic product.

The Democratic Republic of Congo (DRC) is the 6th largest oil producing nation in Africa, with a daily production rate of around 260,000 barrels per day. The country’s oil reserves are primarily located in the four major lakes bordering Tanzania, Burundi, Rwanda, and Uganda. The DRC has proven reserves of 180 million barrels, though estimates of total petroleum reserves exceed 5 billion barrels.

The DRC’s oil industry is primarily controlled by state-owned companies, with international oil companies also operating in the country. Despite the country’s significant oil production, the DRC has struggled to develop its oil industry due to a lack of infrastructure, political instability, and poor governance.

Gabon is the 6th largest oil producing nation in Africa. The country has a long history of oil production, with the first commercial oil discovery made in the 1940s. Today, Gabon is home to a number of major oil fields, including the Rabi-Kounga and Gamba fields. The oil industry is a major contributor to Gabon’s economy, accounting for a significant portion of the country’s GDP and government revenue.

Ghana is the 8th largest oil producing nation in Africa. The country’s oil production has been increasing in recent years, with major discoveries made in the Jubilee Field in 2007 and the TEN Field in 2016. These discoveries have helped Ghana to become a significant player in the African oil industry. The Ghana National Petroleum Corporation (GNPC) is the state-owned entity responsible for the exploration, licensing, and distribution of petroleum-related activities in Ghana. The country’s oil production is expected to continue to grow in the coming years, as new discoveries are made and existing fields are developed.

Equatorial Guinea is the 9th largest oil producing nation in Africa. The country’s oil industry has played a significant role in its economy since the first commercial oil discovery was made in 1995. Oil production in Equatorial Guinea is centered around the offshore Zafiro field and the onshore fields of Alba and Ceiba. The country has an estimated 1.1 billion barrels of proven oil reserves and is considered a significant player in the global oil market.

The landlocked Chad is the 10th largest oil producing nation in Africa. The country produces around 68,000 barrels of oil a day, mostly from its reserves in the Doba Basin in southern Chad where oil was discovered in the early 1970s by foreign drillers. There is an estimated one billion barrels of oil in Chad, most of it being exploited by hundreds of rigs operated by Western companies such as Exxon-Mobil and Royal Dutch Shell. The oil sector is a major contributor to Chad’s economy and plays a vital role in the country’s development. However, many challenges exist to Chad’s petroleum industry including but not limited to corruption, internal conflict, and geography.