Mary Faber, also known as Mary Faber de Sange, was a descendant of African Americans who established the community of Freetown in Sierra Leone, West Africa. She later gained prominence as a notorious slave trader in Guinea during the early 19th century. 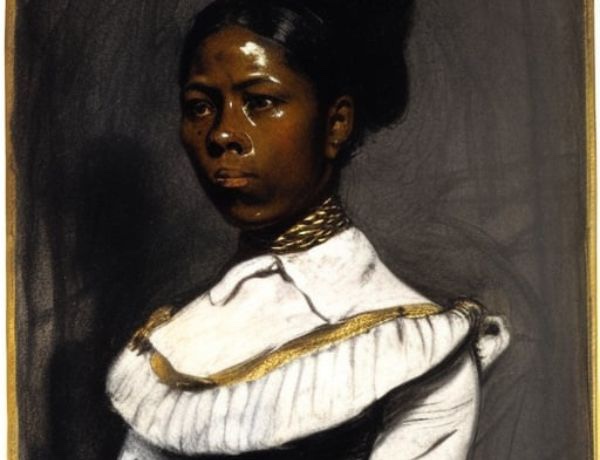 Mary Faber, was born in Freetown to black Nova Scotian settlers who emigrated from America and founded the settlement of Freetown, Sierra Leone and the Colony of Sierra Leone in 1792. Her early years were spent in the colony, where she gained valuable knowledge and skills that would later serve her well in the “slave trade business”.

In 1816, Mary married an American slave trader and shipowner by name of Paul Faber who introduced her to the ins and outs of the trade in the Conakry region of West Africa.

Her husband established his business base in Sangha at the Rio Pongo River, complete with a “slave fortress that served as the hub of his slave trading operations.

Mary and Paul worked together as slave merchants, with Mary taking charge of the operations at the Rio Pongo and Paul managing the slave ship that transported enslaved people from Africa to Cuba and other countries in the Americas. As Paul was frequently absent, Mary held most of the power in the fort and was in charge of the business by the 1830s. It is reported that there were 6,000 slaves on the Faber property in 1827.

Under Mary’s management, the Rio Pongo became a bustling center of activity, with enslaved people brought in from all over West Africa to be sold to the highest bidder.

To avoid the actions of the Royal Navy West African Squadron, which made raids and destroyed slave forts after the British abolished slave trade in 1807, due to the persistent struggles of enslaved Africans and a growing fear of slave uprisings among plantation owners, Mary, like other slave traders, repurposed her fort, which was previously used as holding facilities for enslaved individuals before they were shipped off to the Americas, into plantations. This camouflage strategy enabled her to present the enslaved individuals as domestic workers, not intended for export, rather than being held in captivity for the purpose of being sold and transported as enslaved individuals.

Mary Faber also had her own private army, which she commanded during conflicts. In the years 1838–42, she waged war against her trading rival William Ormond in Bangalan and also joined forces with her colleague Niara Bely, to help their allies, the Fula, to plunder the Susu capital, Thia. This two victories elevated her to the position of top trader in the region.

Despite the efforts of the West-Africa Squadron, Faber and many other slave traders both foreign and local continued to operate their slave trading business with impunity for decades.

Britain’s efforts to end the slave trade in Western Africa and to protect the interests of British merchants seeking to trade in other commodities in the region inevitably drew it into engagement with African kingdoms in the area, mainly by making treaties with the kingdoms or sending military expeditions against them.

In 1852, the British and some chiefs in the Sierra Leonean region agreed to a ban on the slave trade along Freetown’s coast. Mary Faber saw this treaty as a threat to her business and once again formed an alliance with Niara bely and other slave traders in the region to wage war against the chiefs who agreed to it. Faber and her allies were defeated in the war, and her slave fort was destroyed. Around this time, the Transatlantic slave trade reached its end, and many slave traders, including Faber, began to look for other business opportunities.

Mary Faber was last mentioned by missionaries in 1857, where she was referred to as a family matriarch and mother of William Faber. Her later life and eventual fate remain a mystery to this day.

Previous article
From Slavery to Master Builder and Legislator: The Story of Horace King
Next article
Top 10 Largest Oil Producing Countries in Africa (2023)