The controversy surrounding President Muhammadu Buhari’s real identity appears to not be fading anytime soon as his ‘Jubril from Sudan’ identity was fodder for jokes on American television show, The Daily Show, hosted by South Africa’s, Trevor Noah. 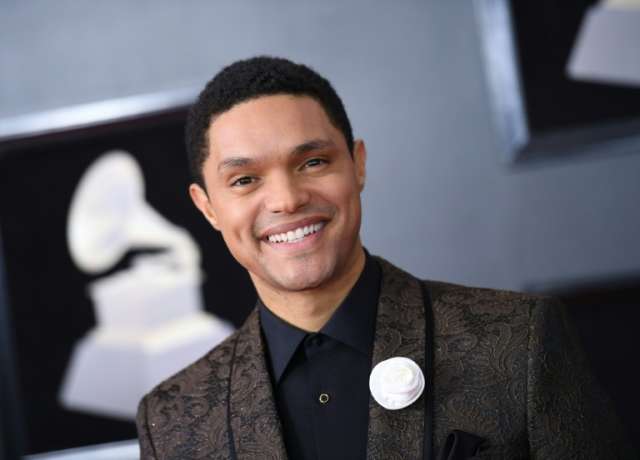 Leader of the Indigenous People of Biafra (IPOB), Nnamdi Kanu, started a theory in 2017 that the real Buhari that was elected in 2015 had died during one of his medical trips to London and been replaced by a clone named Jubril from Sudan with the help of surgery.

Kanu’s claim has enjoyed more mainstream prominence in recent weeks after a former minister, Femi Fani-Kayode, claimed on his Twitter account that the man in the Presidential Villa is not the same that was elected.

While meeting with the Nigerian community in Poland on Sunday, December 2, 2018, Buhari dismissed the rumours, branding it ‘ignorant and irreligious’.

“It’s real me, I assure you. I will soon celebrate my 76th birthday and I will still go strong,” he said.

His response to the controversy has been the subject of conversation all week as the international media took quite a hilarious position in reporting it.

Sitting beside Noah on the show, one of his correspndents, Michael Kosta, said, “Nigeria’s real news sounds like a Nigerian scam email.”

While mockingly speaking in a Nigerian accent imitating a scammer composing a scam email, he continued, “Dear sir, I’m a real president who’s trapped in my country because they think I’m a clone. Please send me $10,000.”

Kosta further joked that if a cloning technology exists, it would probably be first tested on ‘somebody who doesn’t matter’ like the Nigerian president.

He said, “Now, we’re supposed to believe that he’s not a clone because, you know, if the CIA did have that technology, they’re gonna test it on an African first. You don’t just try that out on rich white people.

“The CIA chief is gonna be like, ‘This might not work the first time, so find me somebody who doesn’t matter. The president of Nigeria? Yes, that’s perfect.”

The show is not the first American TV show to discuss the topic. Jimmy Kimmel, the host of Jimmy Kimmel Live!, also dedicated around two minutes of his show to put a hilarious spin on the story.

The conspiracy theory was fueled by Buhari’s frequent medical trips to London as the 75-year-old spent 154 days combined on two separate trips in 2017 treating an undisclosed ailment. Despite his health challenges, he’s seeking re-election at the polls in the 2019 presidential election, scheduled for February 16, at which time he’ll already be 76.