Tulsa race massacre of 1921, also called Tulsa race riot of 1921, is one of the most severe incidents of racial violence in United State’s history. 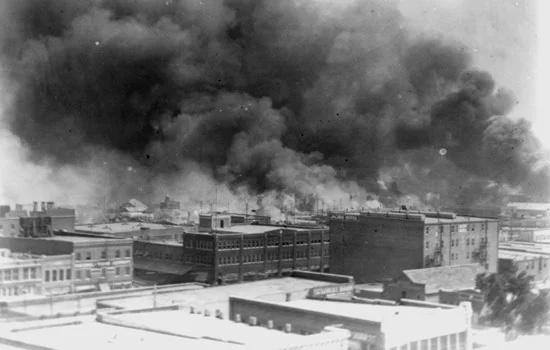 The massacre took place on May 31 and June 1, 1921, when mobs of white residents, some of whom had been given weapons by city officials, attacked Black residents and destroyed homes and businesses of the Greenwood District in Tulsa, Oklahoma, US.

The massacre left somewhere between 30 and 300 people dead, mostly African Americans, and destroyed Tulsa’s prosperous Black neighbourhood of Greenwood District in Tulsa, Oklahoma, US., known as the “Black Wall Street.”

The massacre began during the Memorial Day weekend after 19-year-old Dick Rowland, a Black shoeshiner, was accused of assaulting a 17-year-old white elevator operator named Sarah Page in the elevator of a building. According to conflicting reports, the arrest was prompted after Rowland tripped in Page’s elevator on his way to a segregated bathroom, and a white store clerk reported the incident as an “assault” or a rape. He was arrested and taken into custody. 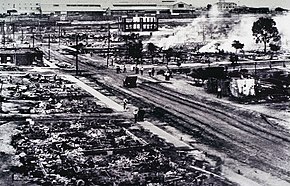 The next day the Tulsa Tribune printed a story saying that Rowland had tried to rape Page, with an accompanying editorial stating that a lynching was planned for that night.

Upon hearing reports that a mob of armed white men had gathered around the jail where Rowland was being held, a group of black men, some of whom were armed, arrived at the jail in order to ensure that Rowland would not be lynched. When a confrontation between an armed African American man, there to protect Rowland, and a white protester resulted in the death of the latter, the white mob was incensed, and the Tulsa massacre was thus ignited.

White rioters invaded Greenwood “Black Wall Street” that night and the next morning, killing men and burning and looting stores and homes. Around noon on June 1, the Oklahoma National Guard imposed martial law, ending the massacre. 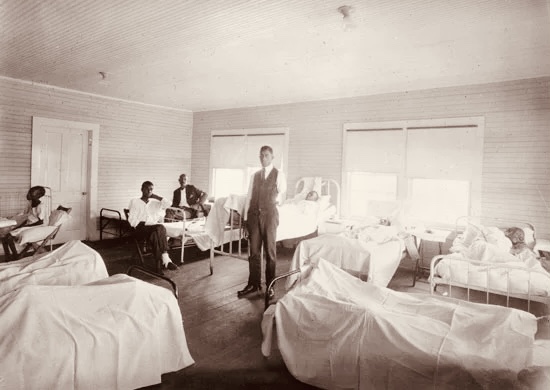 When the massacre ended on June 1, the official death toll was recorded at 10 whites and 26 African Americans, though many experts now believe at least 300 people were killed.

The case against Dick Rowland was dismissed in September 1921. The dismissal followed the receipt of a letter by the County Attorney from Sarah Page the girl who was allegedly raped, in which she stated that she did not wish to prosecute the case.

Shortly after the massacre there was a brief official inquiry, but documents related to the massacre disappeared soon afterward.  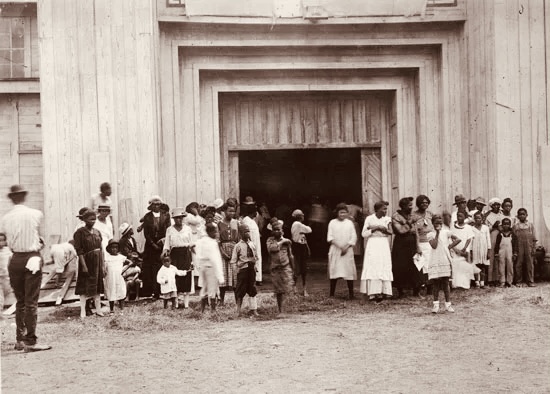 In 1996, 75 years after the massacre, the Oklahoma Commission which was formed and authorized to Study the Tulsa Race Riot of 1921, published their final report in 2001, revealing that the city had conspired with the mob of white citizens against Black citizens; the report further recommended a program of reparations to survivors and their descendants.

The state passed legislation to establish scholarships for the descendants of survivors and developed a park in memory of the victims of the massacre in Tulsa. The park was dedicated in 2010. Schools in Oklahoma have been required to teach students about the massacre since 2002, but in 2020, the massacre officially became a part of the Oklahoma school curriculum.

Black Wall Street can still be found today under the Historical Greenwood District in Tulsa, Oklahoma. After the Tulsa Race Massacre of 1921, it took about 10 years to rebuild the district. The historical Vernon AME Church is the only building standing today which is a part of the last remaining structure of the 1921 massacre. The residents of the Greenwood district try to keep the memory of the Tulsa Race Massacre prominent within the community. Today, many memorials stand out of respect for the memory of what was once Black Wall Street. Many investigations are still underway in the Greenwood District in the hope that more unmarked graves can be found and more victims of the Massacre can be identified.