Believing that sex is a very intimate and special thing that should only be shared with one’s husband a lady decided to wait until her wedding night to have sex with her husband only for her to discover the most horrifying thing ever. 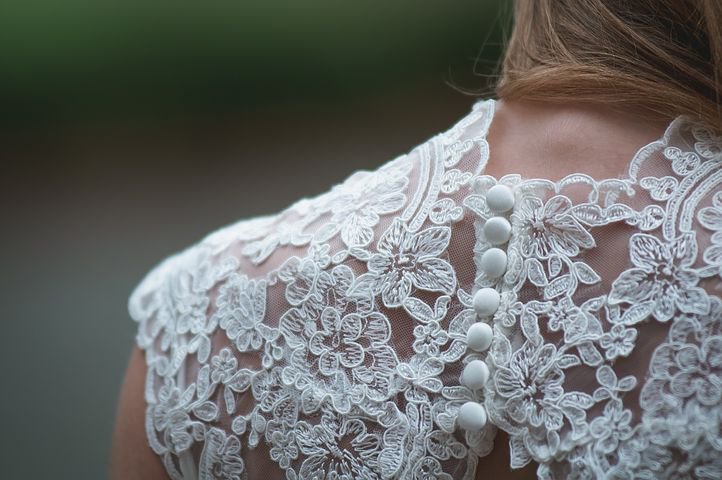 Stephanie Muller grew up in a Christian household and she decided she wanted to wait until after she got married to have sex but on her wedding night she discovered that she could not have sex.

The 23-year-old met her husband Andrew, 31, in 2013 at their local church in New York. Two years later, they started dating and two years after that, they married. They decided that they would wait until their honeymoon to have sex together for the first time. But when they tried, penetration was too difficult and Stephanie ended up with a severe yeast infection.

To treat the infection, she was given medication but it didn’t work and the infection lasted over three months. When she had a pelvic exam, the pain was so severe, she screamed and cried.

After the infection eventually went way, she and her husband tried to have sex again, but again it wasn’t possible.

She didn’t know she had a severe medical problem until January 2018, when she saw a gynaecologist, who told her she had a condition called vaginismus; where the vagina suddenly tightens up whenever a foreign object is inserted.

For years she felt ashamed that she wasn’t able to have sex with her husband and that their lack of intimacy made her feel like they were friends living under the same roof.

‘I felt really embarrassed, broken, and like I couldn’t talk about it with anyone. Andrew and I felt like we lost this really big thing and we had to grieve it all alone.

After her diagnosis, she was referred to the Vaginismus and Women’s Therapy Centre but due to insurance issues they weren’t able to do anything about it, so she was prescribed her Vicodin, a medicine used to relieve moderate to severe pain, to have sex with her husband.

‘My husband has been incredibly supportive throughout my journey with vaginismus. Anytime that i would say negative things about myself, he would always reassure me that none of those things were true and that he loved me.

‘He would constantly remind me that he wasn’t going anywhere, even if the vaginismus was never healed. He also drove me and was there with me for every appointment, even though he didn’t have to.’

Stephanie was eventually treated at Women’s Therapy Centre in Plainview, NY, and she said they have helped her condition. She added: ‘My husband and I went to our consultation appointment in January 2019, began treatment in late March 2019 and were healed and finished with treatment in May 2019.

After having treatment, Stephanie felt more willing to open up about her condition, speaking first to friends about it. She now wants to raise awareness of how it can impact women.

After having treatment, Stephanie felt more willing to open up about her condition, speaking first to friends about it. She now wants to raise awareness of how it can impact women.

She said: ‘A big dream of mine is to do public speaking engagements. I have a variety of topics that I am interested in, but one of those topics is definitely vaginismus.

There is a massive lack of awareness about vaginismus and I believe that where there is lack of knowledge, there is fear.