Zumbi, the Afro-brazilian Leader Who Was Beheaded by the Portuguese for Resisting Slavery

Zumbi was an Afro-Brazilian leader who lived in the 17th century and is remembered for his resistance against the enslavement of African people in Brazil. He was the last leader of the Quilombo dos Palmares, a self-sustaining community of enslaved Africans and their descendants who had escaped from the plantations and established their own society in the hinterlands of Brazil. 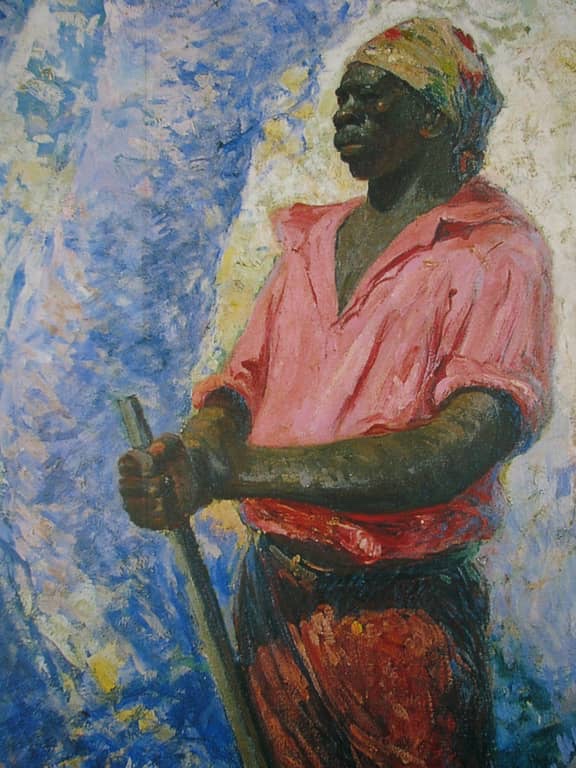 Zumbi, believed to be of Congolese descent, was born in Palmares in 1655. At around age six, he was captured by the Portuguese and given to a missionary, where he was baptized and renamed Francisco.

Despite attempts to subjugate him, Zumbi managed to escape from slavery in 1670. At the age of 15, he made his way back to his birthplace, the Quilombo of Palmares.

The Quilombo de Palmares was an autonomous community of escaped slaves and indigenous people. The Quilombo was fortified and could house 5,000-6,000 people, many of whom were skilled swordsmen and spearmen. The palmares were also known for their valiant defenses against Portuguese forces, and capoeira was an important part of their defense. Soon after his return, Zumbi earned a reputation for his strength and fighting prowess, and he began leading the people of Palmares in their fight against the Portuguese colonizers who sought to re-enslave them.

In 1678, after a particularly devastating attack by Portuguese forces that wounded the king of Palmares Ganga Zumba and led to the capture of some of his children, Ganga Zumba sent a letter to the Governor of Pernambuco asking for peace.

The governor responded by agreeing to pardon Ganga Zumba and all his followers, on condition that they relocate from Palmares to Cucaú Valley, closer to the watchful eye of the colonial government and also return all enslaved Africans that had not been born in Palmares.

Ganga Zumba agreed to the terms but Zumbi was distrustful of the Portuguese. Furthermore, he refused to accept freedom for the people of Palmares while other Africans remained enslaved.

Ganga remained adamant and was in the process of relocating to Cucaú Valley with his followers when he was allegedly poisoned by Zumbi.

After Ganga’s death, Zumbi became the new king of Palmares and the resistance to Portuguese forces continued under him, while those loyal to Ganga Zumba relocated to the Cucaú Valley where they were re-enslaved by the Portuguese.

Zumbi’s determination and heroic efforts to fight for Palmares’ independence, as well as the belief of his contemporary ex-slaves that he was a demigod, increased his prestige.

Under Zumbi’s leadership, the Quilombo dos Palmares grew into a powerful force in the region, withstanding Portuguese colonizers’ attempts to re-enslave its members. The community was able to thrive for another 17 years and became a symbol of resistance and freedom for enslaved Africans in Brazil.

In 1695, the Portuguese launched a major military campaign against the Quilombo dos Palmares, and after a long and bloody battle, the Portuguese finally succeeded in destroying Cerca do Macaco, the kingdom’s central settlement. Zumbi was captured and was publicly beheaded on November 20, 1695. His head was displayed on a pike to dispel any legends of his immortality.

Zumbi’s death was a turning point in Brazilian history, and his legacy continued to inspire resistance against slavery and oppression in Brazil and around the world. Today, Zumbi is celebrated as a symbol of freedom and resistance and is remembered as one of the most important figures in Afro-Brazilian history.

Previous article
Slave Breeding in the US: How Enslaved Africans were Bred Like Livestock in the 19th Century
Next article
Top 10 Black Billionaires: Richest Black People in the World (2023)