Ganga Zumba, the Runaway Slave Who Founded His Own African State in Brazil

Ganga Zumba was an African royal who escaped enslavement and established the massive runaway slave settlement of Quilombo dos Palmares, in the present-day state of Alagoas, Brazil. 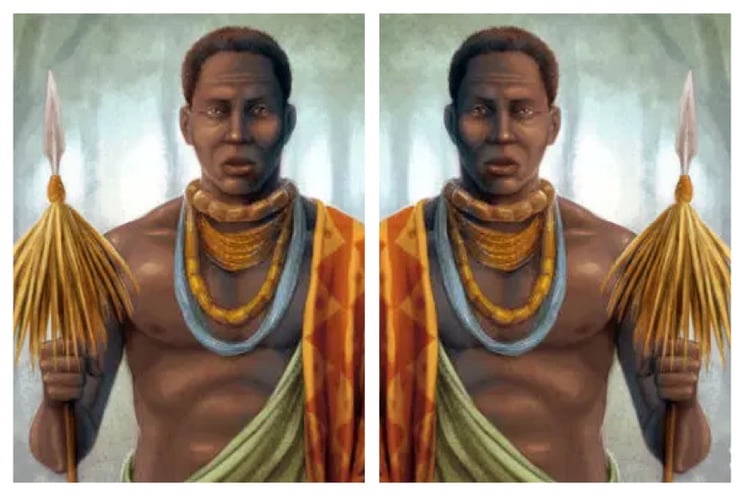 Ganga was born around 1630, the son of a warrior princess by name of Aqualtune.

In 1665, his mother Aqualtune led a force of ten thousand Kongo men and women in the Battle of Mbwila.

The battle of Mbwila came about because the king of Kongo refused to cede Kongo copper mines to the Portuguese, and it was spearheaded by the then king of Kongo Antonio I Vita.

The Portuguese forces won the battle by defeating the forces of the Kingdom of Kongo with their superior firepower, killing over 3,000 men. They also captured the king – and eventually decapitated him, his two sons including Ganga Zumba, a daughter, various court officials and title holders, over 400 other nobles and Ganga Zumba’s mother, Aqualtune, were put on ships and sold as slaves in the Americas.

Ganga Zumba, his brother and sister were made slaves at the plantation of Santa Rita in the Captaincy of Pernambuco in what is now northeast Brazil while their mother, Aqualtune, was transported to the Port of Recife, where she was purchased as a breeding slave.

Ganga Zumba alongside other slaves would eventually escape from their plantation to Palmares where they established a village size community settlement known as Mocambos. In a bid to make it difficult to find for the punitive military expeditions, these Mocambos where built in hidden locations.

As the number of runaway slaves increased, the number of Mocambos increased and eventually they formed and merged into a confederation called the Quilombo dos Palmares, under a king, Ganga Zumba, who may have been elected by the leaders of the constituent mocambos.

Ganga Zumba presided the mocambo’s chief council and was considered the King of Palmares. The nine other settlements were headed by brothers, sons, or nephews of Gunga Zumba. 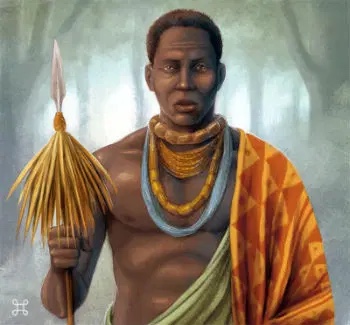 The Quilombo de Palmares was fortified and held 5,000-6,000 people many of whom were well trained in swords and spearmen.

By the 1670s, Ganga Zumba had a palace, three wives, guards, ministers, and devoted subjects at his royal compound called Macaco. The compound also housed his family, guards, and officials, all of which were considered royalty. He was given the respect of a Monarch and the honor of a Lord.

Quilombo of Palmares was famous for the courageous defences they put up against Portuguese forces and capoeira was a vital part of their defence.

After a particularly devastating attack by Portuguese forces in 1678 that wounded Zumba and led to the capture of some of his children, Ganga Zumba sent a letter to the Governor of Pernambuco asking for peace.

The governor responded by agreeing to pardon Ganga Zumba and all his followers, on condition that they relocate from Palmares to Cucaú Valley, closer to the watchful eye of the colonial government and also return all enslaved Africans that had not been born in Palmares.

Ganga Zumba agreed to the terms and was in the process of relocating to Cucaú Valley with his followers when he was allegedly poisoned by Zumbi, one of his more powerful leaders who was against the relocation.

After Ganga’s death, the resistance to Portuguese forces continued under Zumbi, while those loyal to Ganga Zumba relocated to the Cucaú Valley where they were re-enslaved by the Portuguese.

Quilombo Palmares was eventually destroyed in January 1694, and in order to keep the kingdom from being reconstituted, some of the commanders who led the punitive expeditions settled in the land.

Although the kingdom was destroyed, the Palmares region continued to host many smaller runaway settlements, but there was no longer the centralized state in the mountains. 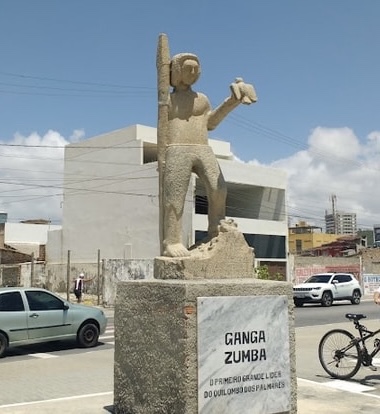 Ganga Zumba is honored in the Cruz das Almas neighborhood, in Maceió, AL. through a square named after him, and a statue constructed in his name.

Previous article
Amasunzu: The Waning Traditional Rwandan Hairstyle
Next article
Omar Ibn Sayyid, the Fula Islamic Scholar Who Was Captured and Sold in the United States in 1807