A leading global business and financial media group, Bloomberg has listed the top African destinations to visit this year. 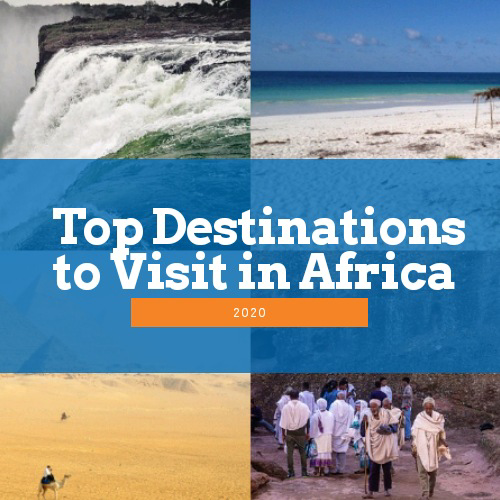 The listing was based on views of a “network of in-the-know editors and global correspondents” with regards to inspiring spots that will be particularly enticing this year.

In no particular order, this are Bloomberg’s Top Destinations to Visit in African, 2020

Mozambique is endowed with rich and extensive natural resources. The country’s economy is based largely on agriculture, but industry is growing, mainly food and beverages, chemical manufacturing and aluminium and petroleum production. The tourism sector is also expanding.

“With dozens of white-sand islets ringed by vibrant marine life, Mozambique is Africa’s under-the-radar answer to the Maldives. Despite weathering back-to-back cyclones last year, the country is more enchanting than ever.” – Bloomberg

Egypt’s cultural tourism trade has fluctuated since the 19th century, increasing in popularity alongside the rise of
Egyptology as an academic and amateur pursuit. Successive Egyptian governments have placed great emphasis on the value of cultural tourism, “confident that no other countries could actually compete in this area” .

“When the Grand Egyptian Museum finally opens in the fall, the entire collection of precious objects from the Upper and Lower kingdoms will be showcased together for the first time with the respect it deserves. It’s one of several improvements that will help the Egyptian government continue the upward trend of post-revolution tourism, which grossed an all-time-high of $12.5 billion in the year ending in June 2019.”
Wrote the financial group on it’s site.

Ethiopia is an ecologically diverse country, ranging from the deserts along the eastern border to the tropical forests in the south to extensive Afromontane in the northern and southwestern parts. Lake Tana in the north is the source of the Blue Nile. It also has many endemic species, notably the gelada, the walia ibex and the Ethiopian wolf.

Ethiopia is a global center of avian diversity. To date more than 856 bird species have been recorded in Ethiopia, twenty of which are endemic to the country

In 2015, Ethiopia’s Tourism Ministry set out to make the country a top five African destination by 2020; in 2018 tourism grew 48.6% from the previous year, faster than any other country. Its formula is a mix of history, cultural experiences with the tribes of the Omo Valley, and wildlife viewing in the Bale and Simien mountains.

Zimbabwe is endowed with both natural and man-made attractions such as the Mighty Victoria Falls, Matopo Hills, Great Zimbabwe Monuments and wildlife at Hwange, Zambezi, Mana Pools and Gonarezhou National Parks among others.

“It’s a wonder, so many travellers never make it past Victoria Falls when some of Africa’s biggest concentrations of wildlife, most qualified guides and best all-around values are just beyond its roaring depths,” wrote the financial group on its website.