Hidden for 21 years in a Dutch flat, the 18th Century Ethiopian crown was stolen from Ethiopia in the late 90s. 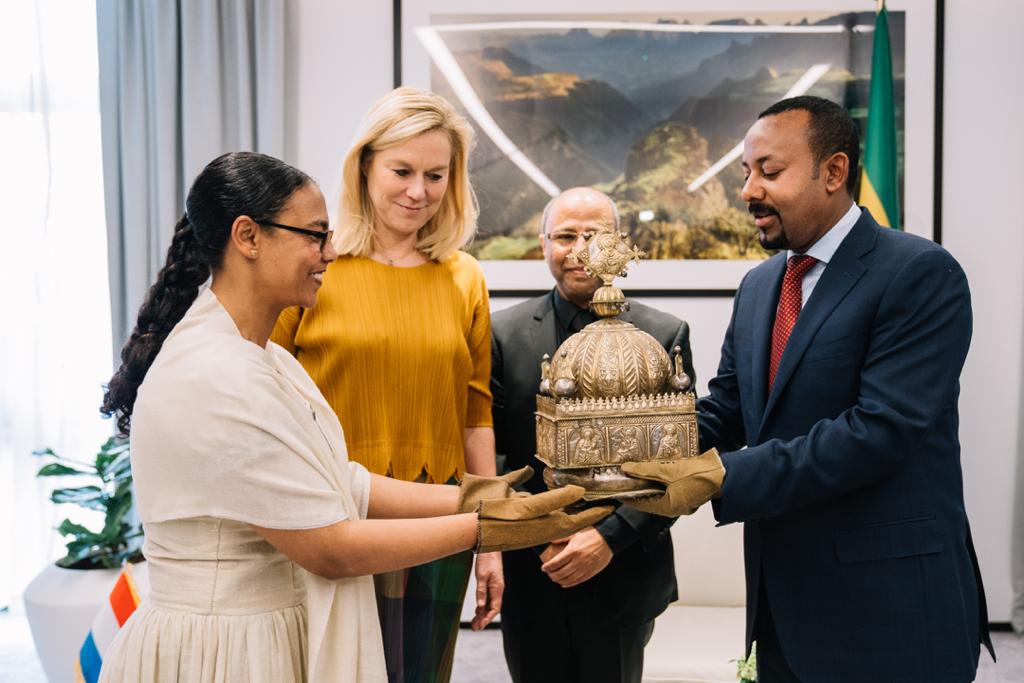 An Ethiopian management consultant by name Sirak Asfaw, who fled to the Netherlands in the late 1970s, found the crown in 1998 in the suitcase of a visitor and realised it was stolen he then confronted his visitor, and ended up collecting it from the visitor.

The management consultant held on to it for 21 years until he alerted a historian and Dutch police of his discovery last year.

On Thursday, Ethiopia’s Prime Minister Abiy Ahmed received the crown, thought to be one of just 20 in existence. 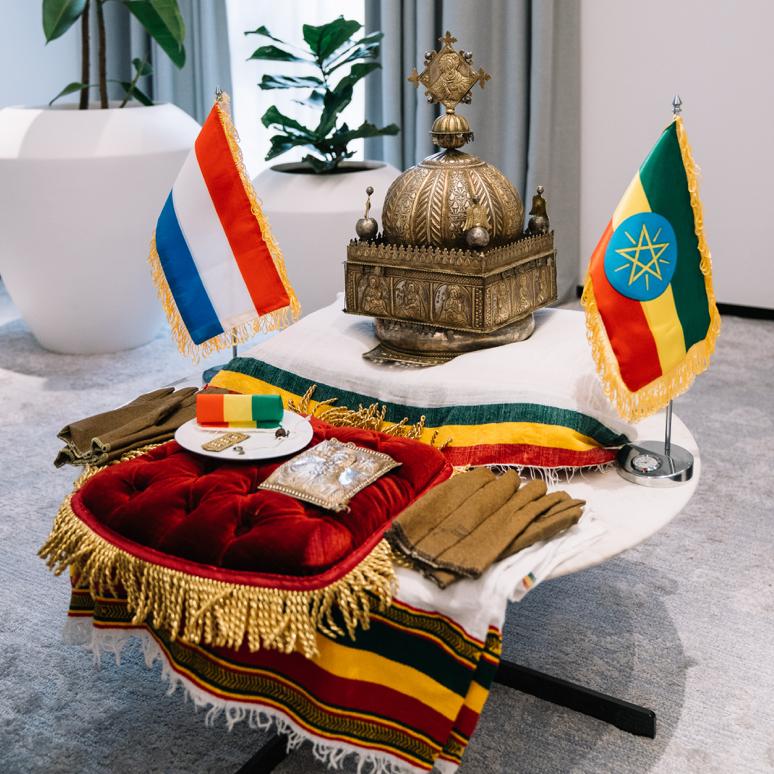 The crown has depictions of Jesus Christ, God and the Holy Spirit, as well as Jesus’ disciples, and was probably given to a church by the powerful warlord Welde Sellase hundreds of years ago.

In a tweet, Mr Abiy said he was grateful to Mr Sirak and the Dutch government for the return of the “precious crown”

Mr Sirak had left Ethiopia in 1978 to escape the political repression of the Communist government, or Derg, which had come to power in 1974. The regime unleashed a wave of violence known as the Red Terror, which killed hundreds of thousands and forced many to leave.

The former refugee used to host Ethiopians who had left the country in his flat throughout the 1980s and 1990s. “Friends, refugees, whoever,” he said. It was one of these visitors staying at his home in 1998 who was carrying the crown in his bag.

“Most people don’t really care about this cultural heritage. I’m loyal to Ethiopia,” he told the BBC in an interview last year.

Mr Sirak confronted the man and insisted the crown was not leaving unless it could be returned to its home.

He decided the best course of action was to hold onto the crown until he knew it would be safe.

“You end up in such a suffocating situation, not knowing who to tell or what to do, or to hand over,” he said. “And of course afraid that the Dutch government might confiscate it.”

“I had fire alarms all over my house, eight or something like that. Really scared!”
‘I feel pity for the people who had to wear it’

But after the reforming Mr Abiy becoming prime minister in 2018, Mr Sirak felt the time was right to have a piece of Ethiopia’s history return to Addis Ababa.

He contacted Arthur Brand, known as the “Indiana Jones of the art world”, for help returning it home.

“I explained to him, look, either the crown will disappear or you [will], if you continue like this,” Mr Brand told the BBC. 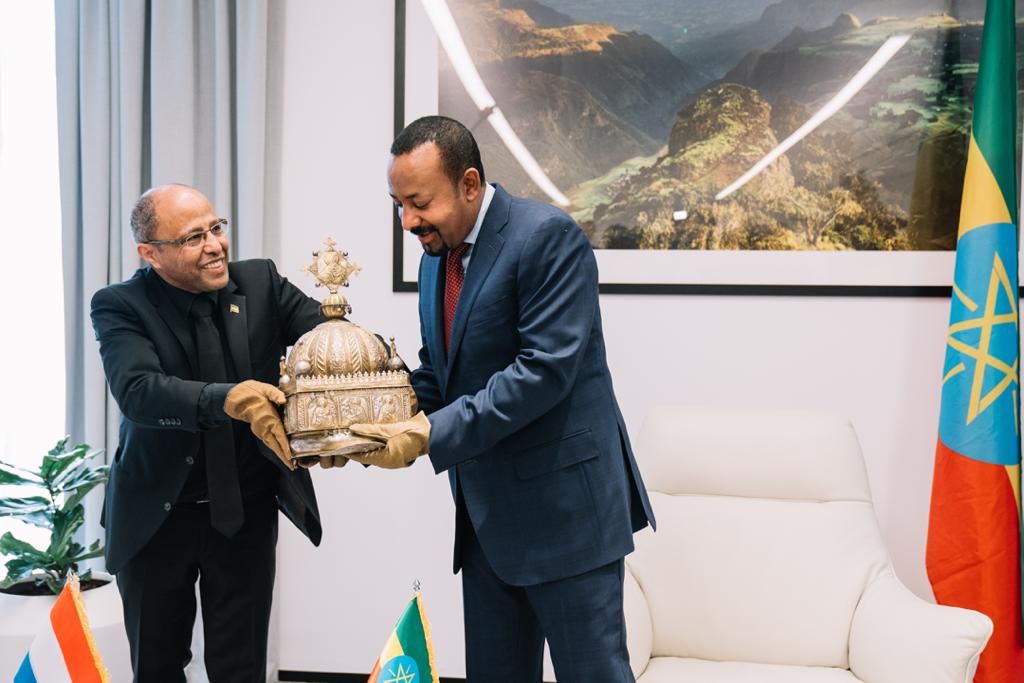 “I said if the people who were involved at the time got knowledge of it, the risk was that they would come back and would take the crown from him.”

With the consent of the Dutch police, the art hunter placed the artefact in a secure facility. An expert confirmed it was genuine, and Mr Brand decided the best course of action was to announce it publicly.

“It’s an amazing piece. It’s very big, I feel pity for the people who had to wear it on their heads because when you wear this for a couple of hours your neck hurts,” he said.

Both men waited for the Ethiopian government to get in touch with the Dutch authorities to plan the return of the crown.

“I want this crown to be a symbol of unity and togetherness,” Mr Sirak said. “The crown will be celebrated by all of us Ethiopians, even Africans.”