A recent episode of Dr. Phil has the Internet up in arms after a Black teen revealed her disdain for the Black race. 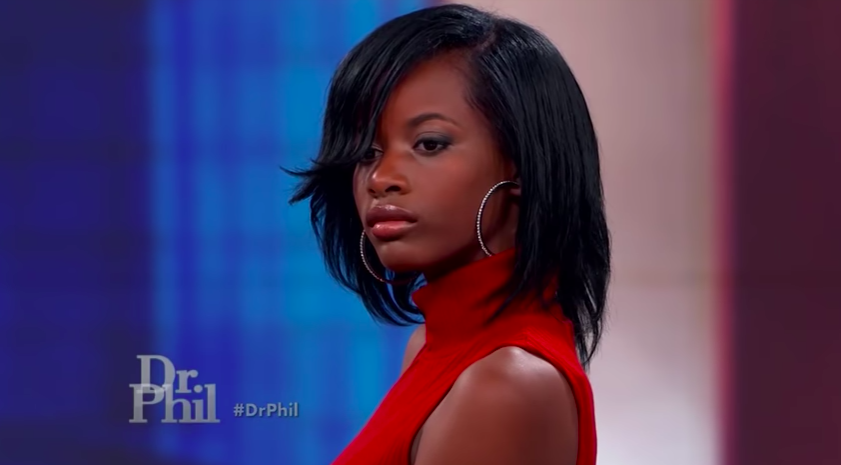 “I’m white,” 16-year-old Treasure said. “I’m a Caucasian because everything about me is different from African-Americans.”.

Treasure’s mother, Monique, and brother, Kendal, brought the teen to Dr. Phil (of all people) to see if he could help her because she’s an embarrassment to them. According to Treasure, she’s “completely and utterly better” than other Black people.

“She wouldn’t play with the Black children,” Monique says. “Treasure would mangle or destroy her Black dolls. She would cut their heads off, pull off their arms. She would pretend that they were the white dolls’ slaves.”

“My daughter is a racist against her own race,” she says, stating that Treasure is “consumed with” the Ku Klux Klan. “If you ask me, my 16-year-old daughter has a very out-of-control identity crisis. She truly believes she’s white.”

In the interview with Dr. Phil, Treasure describes Black people as ghetto and even compares Black people to zoo animals. Delving further into her delusions, Treasure also states that she’s like Kim Kardashian, and doesn’t have Black people features. Treasure goes on to say that she has freedom of speech, and everything she thinks is true.

“Most African-Americans speak ghetto, and when it comes to Black people, I think they’re all ugly, and I have nothing in common with them. I act and think like a white person, instead of a Black person,” Treasure said. “When I think about African-Americans, I feel like asking them, ‘What is wrong with them’? They’re really dangerous.”

“I have naturally straight hair, my hair is not nappy, it does not require weave. My nose is not giant as African-Americans,” the troubled teen said.

Dr. Phil, who seemed to be in disbelief, attempted to introduce Treasure to Spirit, a Black life coach from Atlanta, Georgia.

“I think if you get caught up in the very extreme things that she talks about, is that you miss the tragedy of her story,” Spirit said. “It’s not that she hates black people, it’s that she hates herself.” the life coach said

Spirit offered Treasure the opportunity to shadow her in Atlanta so she could experience and understand beauty of powerful Black women, but she declined. Instead, she called her a hood rat.

“When you feel the need to use words to hurt people. We know all the time, hurt people hurt people. I look at you and all I want to do is help you heal your brokenness.”

Treasure is clearly going through an identity crisis and needs professional help.

Previous article
Not Exercising is Worse for Your Health than Smoking, Study Reveals
Next article
Top 5 African Presidents Without University Education