John Chilembwe: the Malawian Reverend Who Led an Uprising Against British Colonial Rule in 1915

John Chilembwe was a Baptist pastor and educator, who aggrieved by the treatment of Africans and the colonial government’s failure to promote the social and political advancement of Africans, organised an unsuccessful uprising against the British colonial rule in 1915. 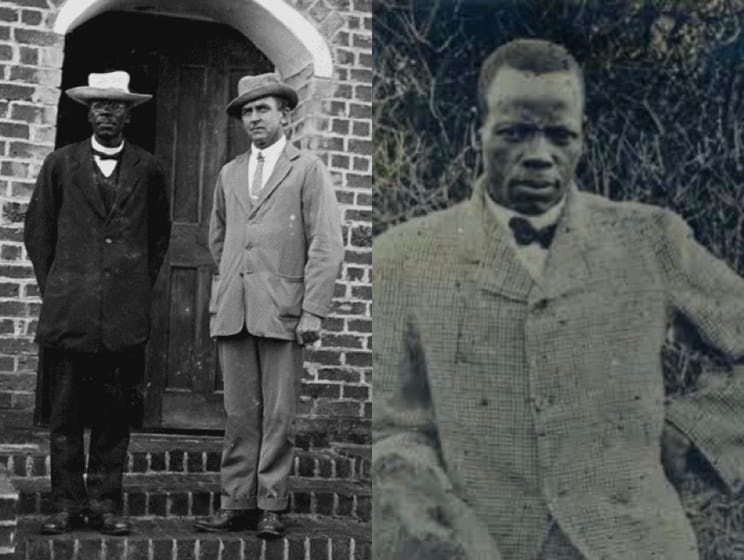 John Chilembwe, born locally in around 1871, received his early education at Church of Scotland mission in Nyasaland where he met Joseph Booth, a radical Baptist missionary who came to Nyasaland to spread the Gospel of Christ.

Booth was unlike any other white preacher at the time, he preached a form of egalitarianism and had a progressive attitude towards race. He also ran the only white owned church in the area that admitted Africans as full church members.

1n 1892, Joseph Booth took a liking to Chilembwe and would latter employ him as a house servant. While working for Booth, Chilembwe became even more acquainted with Booth’s radical religious ideas and egalitarian feelings.

Under Booth’s patronage, Chilembwe travelled to the United States in 1897 to study at the Virginia Theological Seminary and College, (now Virginia University of Lynchburg).

While studying in the U.S, Chilembwe experienced the prejudice against blacks and was exposed to radical American “Negro” ideas and the works of John Brown, Booker T. Washington, Frederick Douglass and others.

After spending two years in the U.S, Chilembwe was ordained as a Baptist minister at Lynchburg in 1899 and then a year later in 1900, he returned to Nyasaland after completing his studies.

Upon his arrival, Chilembwe founded his own independent church, the Providence Industrial Mission in the village of Mbombwe, with assistance from the African-American National Baptist Convention.

For the first 12 years of his ministry after his return to Nyasaland, Chilembwe encouraged African self-respect and advancement through education, hard work and personal responsibility, as advocated by Booker T. Washington.

He also established a chain of independent black African schools, with over 900 pupils in total where he taught racial equality, based on Christian teaching and anti-colonialism.

However, around 1912 or 1913, Chilembwe became more radical and openly voiced criticism over the colonialist’s refusal to provide suitable opportunities or a political voice to the African people.

Motivated by this grievances – including forced labour, racial discrimination, and new demands imposed on the indigenous population following the outbreak of World War I, Chilembwe initiated an armed uprising in 1915.

The planned revolt broke out in the evening of 23 January 1915 when rebels, incited by Chilembwe, attacked the headquarters of the A. L. Bruce Plantation at Magomero — the plantation had a reputation locally for the poor treatment of its workers and for the brutality of its managers — there they killed three African guards and three white settlers including one William Jervis Livingstone who they also beheaded.

The rebels also burnt down a white church, severely wounding a missionary and killing an African girl in the process.

After their attack, the rebels cut the local telephone lines, delaying the spread of the news and then proceeded to a weapons store in Blantyre, their plan to raid the store was thwarted by the guards, but not before they had captured five rifles and some ammunition, which was taken back to their base in Mbombwe.

On 24 January, which was a Sunday, while Chilembwe was conducting Sunday service in his church, his rebels again ambushed a small party of colonial soldiers near Mbombwe, the ambush has been described as the “one damage suffered by the government” during the uprising.

Rumours of Chilembwe’s daring attack spread all over Nyasaland and environs, but despite earlier offers of support by local chiefs, there were no parallel uprising elsewhere in Nyasaland.

The fighting ended on the 26th of January when Chilembwe’s church at Mbombwe was bombarded by colonial forces.

Chilembwe and his rebels fled Mbombwe that same day to nearby villages.

After avoiding attempts to capture him and apparently trying to escape into Mozambique, Chilembwe was eventually tracked down and killed by a native military patrol near the border on 3 February.

Many of his followers who also fled towards Mozambique, hoping to reach safety there, were captured. About 40 rebels were executed in the revolt’s aftermath, and over 200 were imprisoned.

Although the rebellion was short-lived and did not achieve success, it had lasting effects on the British system of administration in Nyasaland, and some reform was enacted in its aftermath.

After World War II, the growing Malawian nationalist movement reignited interest in the Chilembwe revolt, and after the independence of Malawi in 1964 it became celebrated as a key moment in the nation’s history.

Today, Chilembwe is celebrated as a hero of independence, and John Chilembwe Day is observed annually on 15 January in Malawi.

Previous articleAbdul Rahman Ibrahima, the Fulani Prince Who Was Enslaved in the United States for 40 Years
Next articleRichest Countries in East Africa, 2022