The renovation of the Ouidah fort and the history museum inside is part of Benin’s drive to ensure that future generations of Africans know their ancestors’ suffering. 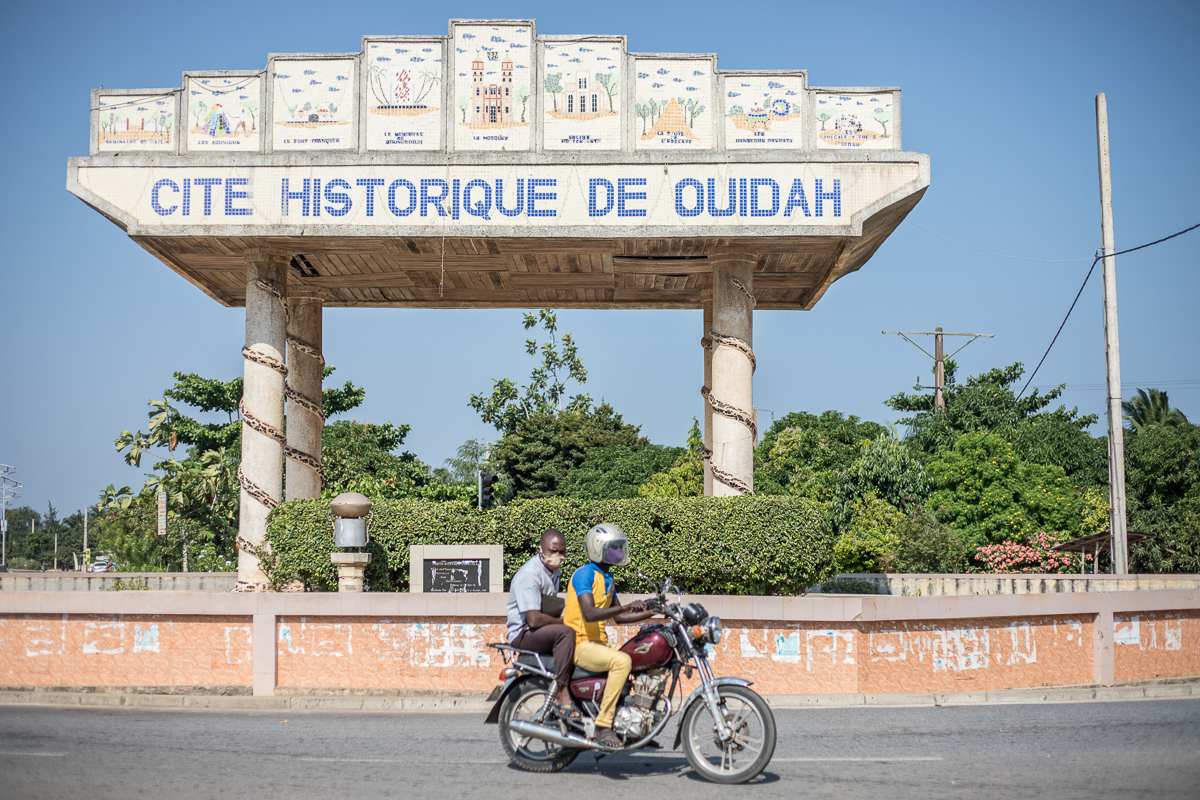 As Western cities see statues of slaveholders and colonialists toppled, Benin’s coastal town of Ouidah is going the other way, restoring monuments to the painful era of the slave trade.

During the 17th and 18th centuries, European slavers held more than one million African men, women and children in Ouidah’s Portuguese Fort before shipping them across the Atlantic in abominable conditions.

Ouidah, was one of the main slave staging posts to the Americas, according to research at Yale University.

The renovation of the Ouidah fort and the history museum inside is part of Benin’s drive to ensure that future generations of Africans know their ancestors’ suffering.

“When I see these chains that hobbled our ancestors, I feel sick,” Benoit Daounde told AFP as he studied a number of artefacts moved to a temporary exhibition.

‘Slavery must be taught’ 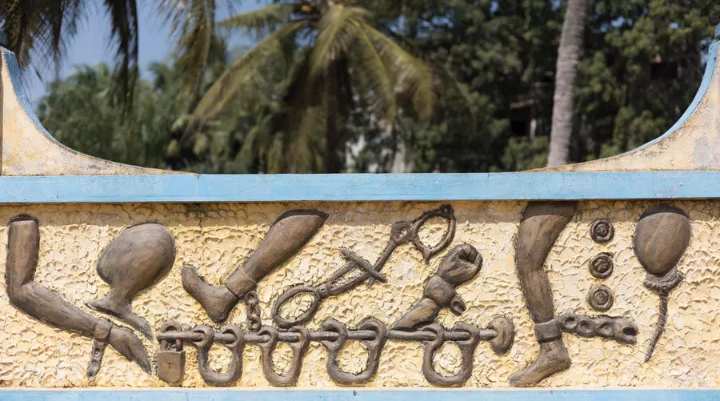 “But it’s our history. We must accept it and tell it to future generations,” said Daounde, a UN official who returned to Benin on holiday from his posting in Cameroon.

“Our children know nothing of all that. Slavery must be taught in school and more than in just a few lessons,” Daounde said.

He is one of a stream of other Beninese, Ouidah residents and historians who have visited the temporary exhibition since it opened on August 3.

Meanwhile dozens of labourers at the fort work from morning until night to have the refurbished museum opened before the year ends.

Under protective glass in the main hall, visitors can inspect crusty old maps used by Portuguese mariners, along with guns used in the trade.

Visitors can also see portable altars used in ceremonies by the long line of kings of former Dahomey, founded around 1600 and crushed by French colonialists in 1894.

The museum houses a church bell brought by Roman Catholic missionaries, together with a sinister selection of chains and other implements used to bind slaves.

Ulrich Lantonkpode, a jurist who grew up in Ouidah before moving to the capital Cotonou, said that before the exhibition he “lacked elements and information about the culture and history of (his) family”.

“I appreciate this exhibition as much as the idea to rebuild the Portuguese Fort, enabling us to safeguard this history,” he added.

With its Afro-Brazilian architecture and beaches bordered by coconut palms as far as the eye can see, a town that played a major part in transatlantic slavery has become a development project launched in 2016 by President Patrice Talon.

In a bid to promote tourism Benin is presenting an image of itself as a place of “cultural exception”, said Minister of Tourism Jean-Michel Abimbola, who stressed that the government has allocated a budget of one billion euros ($1.17 billion) toward that goal.

Authorities are renovating the Pendjari National Park in the far north to attract safari hunters, and building several museums of voodoo, an ancestral religion that originated in the Kingdom of Dahomey.

But the spread of jihadist activity in West Africa has slowed tourism from Europe in the past few years. The COVID-19 pandemic has worsened the prospects, compelling Beninese authorities to promote strictly regional tourism.

“In Ouidah, we are aiming at the Nigerian market as a priority,” said Wenceslas Adjognon-Monnon, development manager with the national heritage and tourism agency.

Nigeria’s economic capital Lagos is only about 100 kilometres (60 miles) from Ouidah and the vast nation of some 200 million people shares little of Benin’s history of slavery and colonisation.

“The renovation of these places will better illustrate the course of history to pass on to future generations.”

The authorities are also building an International Museum of Memory and Slavery, with a tourist complex of 130 rooms and places of reflection, and a reconstruction of a slave ship.

Historian Sarah Pruitt stressed that while exact numbers will never be known, some 12.5 million Africans were forced on to the ships between the 17th and 19th centuries.

Of these, some 10.6 million survived the crossing.