THE world’s biggest cow will be saved from getting chopped into bits and pieces after its 6ft 4in frame refused to fit into an abattoir, a farmer revealed. 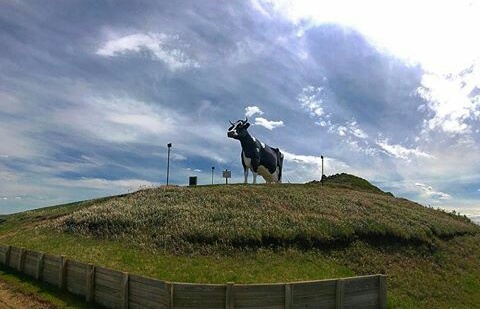 Knickers, a seven-year-old Holstein Friesian, is more than twice the size of the rest of the cows in Myalup, Western Australia.

Holstein-Friesians are a dairy breed and normally weigh in at about 1,500 pounds and stand about 4ft 1oins tall.
Even the breed’s bulls only reach just 5ft 10ins and weigh 2,200lbs.

Butchers say the giant would produce around 1,400 lbs of trimmed “saleable” beef – enough for 450 cuts of steak and 370kg of mince. 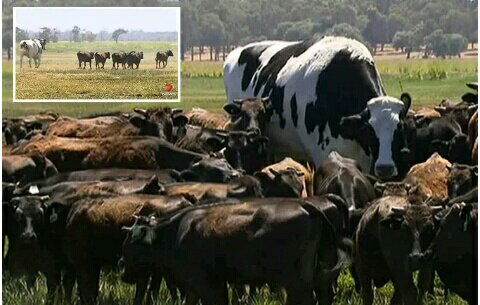 The bovine behemoth stands head and shoulders above other farm beasts and weighs in at an incredible 1.4 tonnes (3,083lbs).

Owner Geoff Pearson – whose beast is the biggest of its breed in Australia – said: “It was too heavy. I wouldn’t be able to put it through a processing facility.

“So I think it will just live happily ever after.”
The beast cost owners £225 and they bought him as a “coach” to take charge of the herd.

Knickers is technically a steer – which is a castrated male bovine.

Geoff continued: “When he was young, when we first got him, we had another cow which was a friend of his.
“So his name was bra… so we (had) bra and knickers. We never thought he would turn into a big knickers.”
Geoff Pearson has about 20,000 cattle. 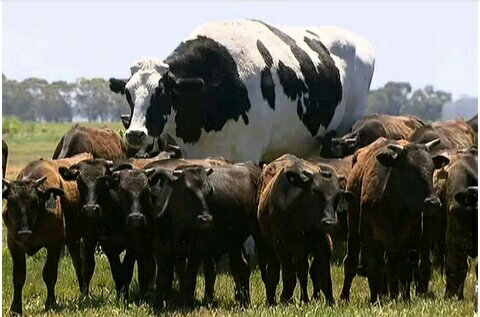