Beyonce took to Instagram on Tuesday night to share her gratitude for the supporters of the Global Citizen: Mandela 100 concert and to South Africans in general and her throwback video featured DJ Maphorisa’s song iWalk Ye Phara. 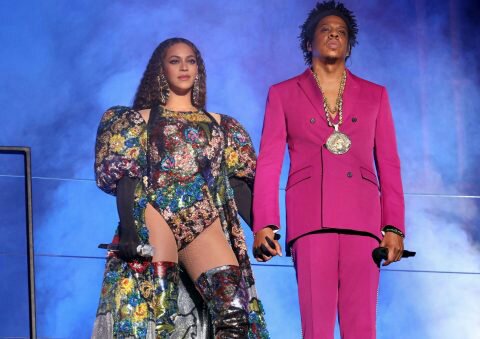 Exactly sixteen days after Beyonce and Jay-Z’s successful outing in South Africa., the pop queen took to Instagram to share her gratitude for the supporters of the Global Citizen: Mandela 100 concert that brought their ‘On The Run II’ tour to an end in Johannesburg earlier this month.

Beyonce hailed the night a total success, saying she was ‘in awe’ that a mega $7.1billion (£5.6billion) had been raised on the mission to end extreme poverty by 2030.

Posting a highlights reel on Instagram that featured DJ Maphorisa’s song iWalk Ye Phara, the singer wrote: ‘After settling in at home from a beautiful trip to South Africa and India, I am still in awe that 7.1 BILLION dollars was raised to aid Global Citizen in its efforts to eradicate extreme poverty.’

She continued: ‘I’d like to give my praise and respect to all the speakers, performers, and volunteers who donated their time to contribute to making positive change.

‘Every person in the audience at FNB Stadium earned a seat because they generously donated their time to help their community. Now their efforts and the money raised will help improve education, healthcare, sanitation, women’s rights, and countless other causes for millions across the globe.’

The festival celebrated what would have been the former South African president’s 100th birthday and it had hopes of raising $1billion (£78.9million) for poor women and children across the world.

Beyonce went on: ‘I felt so much positivity and pride in the audience at Global Citizen: Mandela 100. Madiba, Johannesburg, and all of my African sisters and brothers, we hope we made you as proud as you all make us. South Africa was an extraordinary trip for me and my family. God bless.’

Beyoncé also took time out to thank all the African designers that took their time to ensure that she looked like the super star she is.