Top 20 Most Developed Countries in Africa, 2023

Some of the most developed countries in the region include South Africa, Mauritius, and Seychelles. These countries have relatively strong economies, high living standards, and developed infrastructure compared to other African nations. They have also made significant progress in areas such as education, health care, and technology. However, it’s important to note that while these countries are considered relatively developed, they still face many of the same challenges as other African countries, such as poverty and inequality, and they still have a long way to go to reach the same level of development as developed countries in other regions of the world.

According to the Human Development Index Mauritius, Seychelles, Algeria, Tunisia and Botswana are the top five most developed countries in Africa.

The Human Development Index was developed by Pakistani economist Mahbub ul Haq in 1990 as a standard means of measuring a country’s development. It is used to distinguish whether a country is a developed, developing, or underdeveloped country, and also to measure the impact of economic policies on quality of life.

Countries fall into four broad categories based on their HDI: very high, high, medium, and low human development. Currently, Mauritius is the only African country which falls into the very high human development category.

The HDI combines life-expectancy, education levels and GDP per capita. Countries with scores over 0.800 are considered to have very high levels of development, compared with countries that score lower.

Here are the Top 20 most developed countries in Africa according to the latest HDI report. 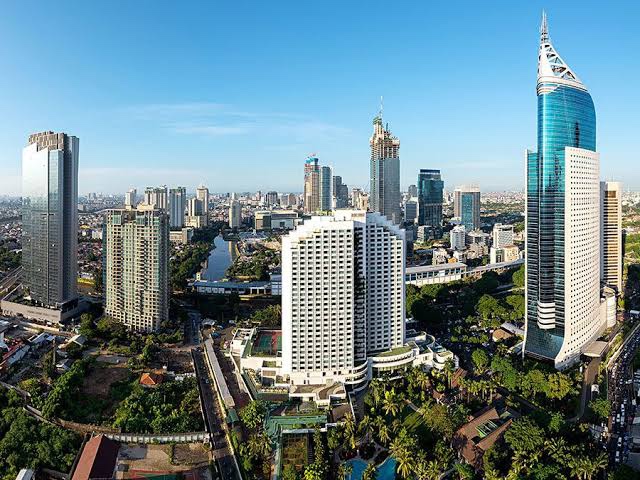 With a surface area equivalent to that of Western Europe, the Democratic Republic of Congo (DRC) is the largest country in Sub-Saharan Africa (SSA). DRC is endowed with exceptional natural resources, including minerals such as cobalt and copper, hydropower potential, significant arable land, immense biodiversity, and the world’s second-largest rainforest.

Congo’s HDI value for is 0.574— which put the country in the low human development category—positioning it at 149 out of 189 countries and territories.

Angola has vast mineral and petroleum reserves, and its economy is among the fastest-growing in the world, especially since the end of the civil war; however, economic growth is highly uneven, with most of the nation’s wealth concentrated in a disproportionately small part of the population.

Angola ranks 148 out of 189 countries in UN’s Human Development Index.

Zambia contains abundant natural resources, including minerals, wildlife, forestry, freshwater and arable land, also and most importantly they have a working government so it’s no surprise that the country made the list of most developed countries in Africa.

Equatorial Guinea, also referred to as EQG, is the only former Spanish colony in Sub-Saharan Africa and the seventeenth most developed country in Africa.

Equitorial Guinea graduated from “Least Developed Country” status in 2017, the only Sub-Saharan African nation that managed to do so besides Botswana, and has since then maintained that status.

Kenya has a Human Development Index (HDI) of 0.601 (medium), ranked 143 out of 189 in the world making it the third most developed country in East Africa and the sixteenth most developed African country. As of 2021, 16% of Kenyans lived on less than $1.25 a day. Kenya is usually classified as a frontier market or occasionally an emerging market,

Since 1993, Ghana has maintained one of the freest and most stable governments on the continent, and performs relatively well in metrics of healthcare, economic growth, and human development. Ghana has an economic plan target known as the “Ghana Vision 2020”. This plan envisions Ghana as the first African country to become a developed country between 2020 and 2029 and a newly industrialised country between 2030 and 2039.

Eswatini is one of the smallest countries in Africa; Eswatini is a developing country and is classified as a lower-middle income economy. The majority of the country’s employment is provided by its agricultural and manufacturing sectors.

With a population of over 200,000 São Tomé and Príncipe is the second-smallest African sovereign state after Seychelles, as well as the smallest Portuguese-speaking country in the world.

São Tomé and Príncipe outperforms the sub-Saharan Africa average on the Human Development Index and has made great progress on most social indicators. All children in São Tomé and Príncipe are enrolled in the education system, life expectancy has increased to 70 years, the infant mortality rate has decreased dramatically and the vast majority of the population already has access to piped water and access to electricity. 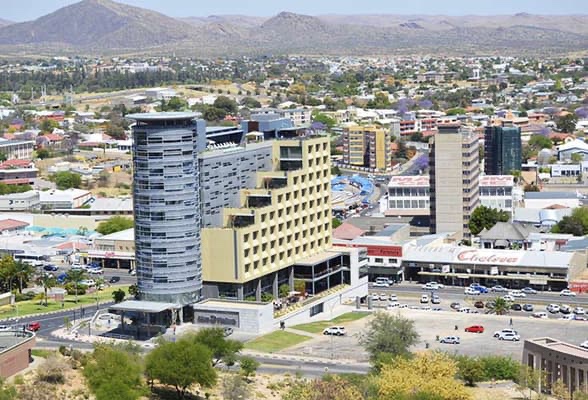 Namibia is a small country of about 2.5 million people, with a long coastline on the South Atlantic, bordering South Africa, Botswana, Zambia and Angola. It is the driest country in Sub-Saharan Africa, and is rich in mineral resources, including diamonds and uranium.

With a Human Development Index (HDI) estimated at 0.646, Namibia is classified by the UN agency as a “medium” human development country. The country is the twelfth most developed country In Africa.

Cape Verde is often praised as an example among African nations for its stability and developmental growth despite its lack of natural resources. The country’s Human Development Index (HDI) is estimated at 0.648, making it the eleventh most developed country In Africa.

Morocco is the 10th most developed country In Africa. Since independence, Morocco has remained relatively stable and prosperous. It has the fifth-largest economy in Africa and wields significant influence in both Africa and the Arab world; it is considered a middle power in global affairs and holds membership in the Arab League, the Union for the Mediterranean, and the African Union.

Abundant petroleum and foreign private investment have helped make Gabon one of the most Prosperous countries in Sub-Saharan Africa, with the 9th highest HDI in the region and the fifth highest GDP per capita (PPP) in all of Africa. However, because of inequality in income distribution, a significant proportion of the population remains poor.

Egypt is a transcontinental country that’s considered to be a regional power in North Africa, the Middle East and the Muslim world, and a middle power worldwide. It is a developing country, ranking 116th on the Human Development Index and the 8th most developed country in Africa.

South Africa is an upper-middle power in international affairs; it maintains significant regional influence and is a member of both the Commonwealth of Nations and G20. It is a developing country, ranking 114th on the Human Development Index. South Africa is the seventh most developed country In Africa.

When Gaddafi was alive’ Libya had the highest Human Development Index of any country on the continent, but everything changed when the USNATO and “rebels” began their murderous and destructive attacks on the Libyans and their government. Today they are the sixth most developed country in Africa. 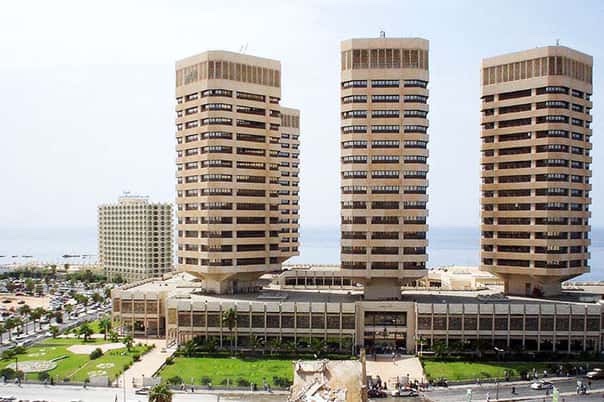 Although Botswana is resource-abundant, a good institutional framework has allowed the country to reinvest resource-income in order to generate stable future income.

Seychelles is the second most developed country In Africa according to UN’s Human Development Index (HDI). The nation has met most of the Millennium Development Goals. The country has very good infrastructure. It has six airports with paved runways and eight airports with unpaved runways. The Seychelles is also one of the richest country in Africa.

Mauritius is the most developed country in Africa. The country has benefited immensely from sound macroeconomic policies and wide-ranging structural reforms since 2006. The nation is also one of Africa’s richest countries despite its small size and has been ranked among the top 10 countries in Africa with the most Millionaires.

The Human Development Index (HDI) is used to rank countries according to their development levels from “very high” to “low”. Countries are ranked based on life expectancy, education, standard of living, child welfare, health care, economic welfare, and population happiness. Formulas are used to factor all the variables and determine the scores of countries.

Previous article
African Women Who Actively Participated in the Transatlantic Slave Trade
Next article
Bai Bureh, the Sierra Leonean Ruler Who Led an Uprising Against the British in 1898