Hendrik Witbooi, the Nama Chief Who Led a Revolt Against German Colonial Rule in Namibia

Hendrik Witbooi was a chief of the Khowesin people, a sub-tribe of the Khoikhoi in present-day Namibia who led the Nama people during their revolt against German colonial government in 1904. 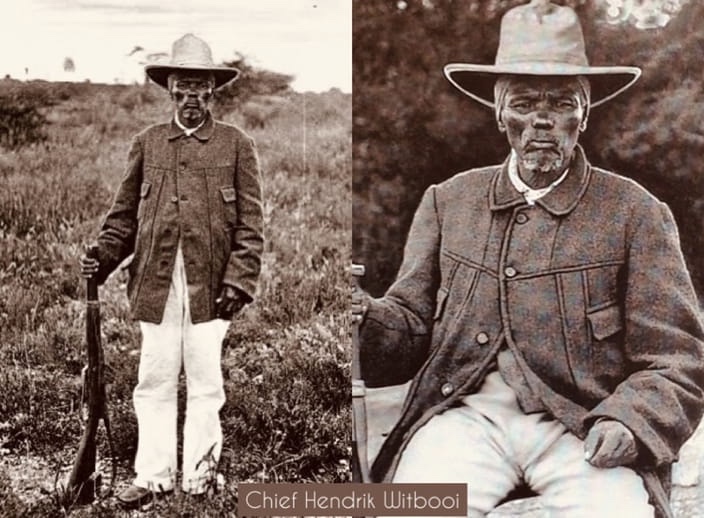 Witbooi was born in 1830 in Namakwa desert oasis of Pella, Northern Cape, in the Cape Colony, which is today part of South Africa. His father, Moses Witbooi, was a very influential Chief in the tribe who understood the importance of Education.

Witbooi was educated at first at Rhenish Missionary and Wesleyan Methodist Schools in Namibia as well as at the Wilberforce Institute in Evaton, South Africa.

After his education, Witbooi took up employment as teacher in 1856 and stayed at the job until 1865 when he returned to his village Gibeon at the request of the community and the Church to build on the already existing foundations laid by his ageing father. 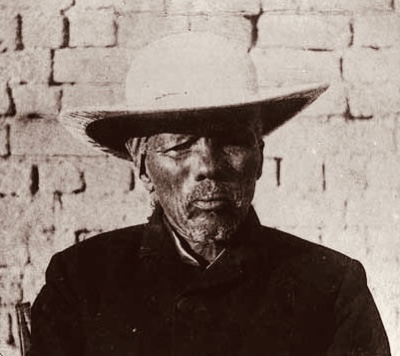 Due to their political differences, Witbooi would later move north on 16 May 1884, with a faction of the ǀKhowesin tribe against the wishes of his father.

On 22 February 1887, three years after Hendrik Witbooi left, his father was overthrown by his son-in-law Paul Visser, who had him executed.

Hendrik would later retaliate his father’s death on 12 July 1888, shooting Visser to his death after which he took over leadership at Gibeon and reunited other Nama tribes. 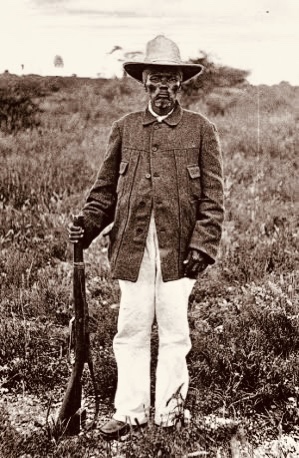 During the early 1880s, after Germany got control of South-West Africa (now Namibia) in the “Scramble for Africa” they envisioned a predominately white “new African Germany,”, wherein the native populations would be put onto reservations and their land distributed among settlers and companies.

Under German colonial rule, colonists were encouraged to seize land and cattle from the native Herero and Nama peoples and to subjugate them as slave laborers.

This continued subjugation and unending insults by the Germans brewed resentment among the native populations and eventually led to the Herero wars that began in 1904.

In January 1904, the Herero people, led by Samuel Maharero, and the Nama people, by Captain Hendrik Witbooi, rebelled against German colonial rule by killing more than 100 German settlers in the area of Okahandja, although women, children, missionaries and non-German Europeans were spared.

In a retaliatory attack in August of that same year, German General Lothar von Trotha with an expeditionary force of 10,000 troops defeated Herero rebels in the Battle of Waterberg killing thousands and driving the remaining survivors into the desert of Omaheke, where most of them died of dehydration.

Following the defeat of the Hereros, Hendrik Witbooi rallied his people, over 3000 of them to fight for their freedom from the imperialists, but they were no match for the Germans who wielded sophisticated weapons.

The Germans defeated the Nama in the Battle of Swartfontein on 15 January 1905 and forced them to flee into the Kalahari Desert and eventually to Bechuanaland, the British colony that later became Botswana. From there they repeatedly and for several years mounted guerrilla-style attacks at the Germans.

Witbooi was later killed in action on 29 October 1905. His dying request was: “It is enough. The children should now have rest”. He was replaced by Fransman Nama who continued fighting the German troops guerrilla-style until the Nama surrendered in 1908.

At the end of the conflict, newspapers reported that as many as 65,000 Herero (80% of the total Herero population), and 10,000 Namaqua (50% of the total Namaqua population) either starved, died of thirst, killed or were worked to death in camps such as Shark Island concentration camp between 1904 and 1908.

Witbooi’s diary also known as Hendrik Witbooi Papers, which, contained normal diary entries, transcripts of letters, contracts and minutes of meetings arranged by date survived the conflict and is today stored in the National Archives of Namibia in Windhoek. In 2005, UNESCO inscribed it in its Memory of the World Register – Africa.

Today Witbooi is regarded as one of the national heroes of Namibia and his face is portrayed on the N$50, N$100 and N$200 Namibian dollar bank notes.

Previous article
Jack the Signalman: The South African Baboon Who Worked as a Railroad Assistant and Never Made a Mistake
Next article
Bo-Kaap, The Most Colorful Neighborhood in Africa